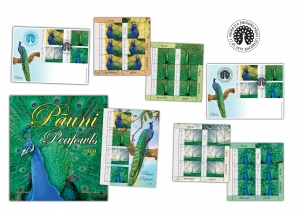 Romfilatelia introduces into circulation a postage stamps issue with the title “Peafowls””, on Friday, May 17th, current year.

The Peafowls theme fits into the preferences of postage stamps collectors and this new issue will complete their collections with the images of four special specimens of the species.

It is divided into three races: Pavo muticus spicifer, pavo muticus imperator Delacour and Pavo muticus Linnaeus, the races having varied colour feathers, an element through which they are differentiated.

Their weight varies between 3,850 g and 5,000 g. Females measure 100-110 cm, with a tail that can reach up to 45 cm. Females resemble males, but they have shorter legs and do not have the plumage so brightly coloured, a feature which makes them very difficult to confuse.

Romfilatelia thanks National Museum of Natural History “Grigore Antipa” for the documentary support granted to the achievement of this postage stamps issue. 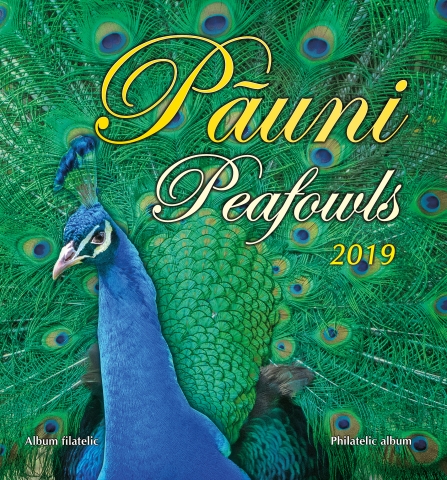 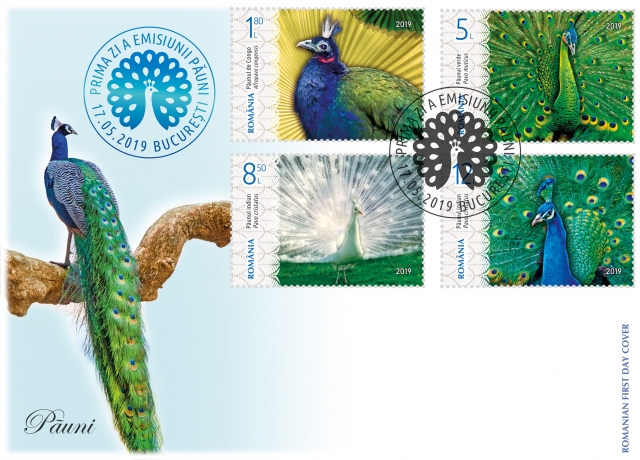 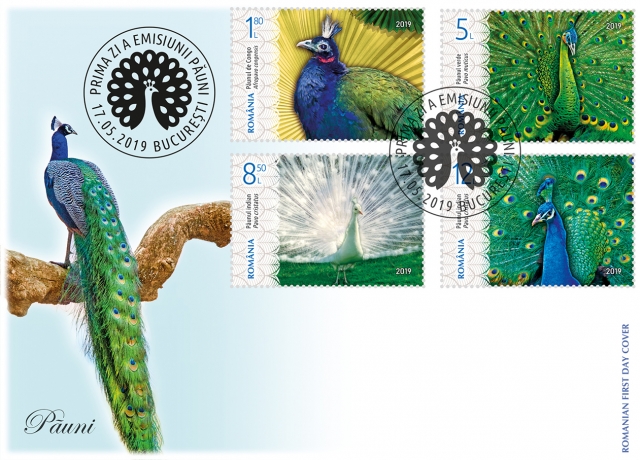 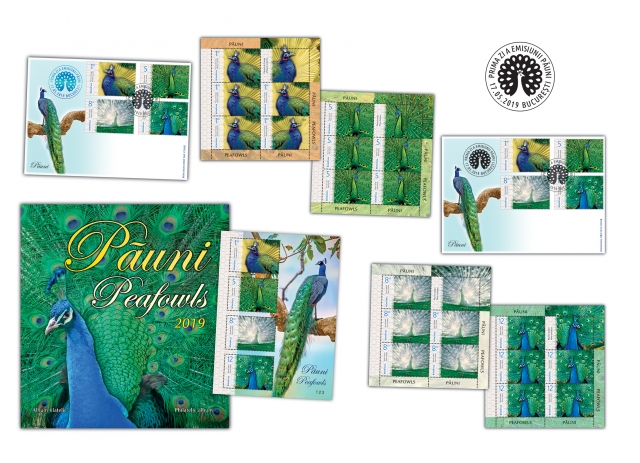 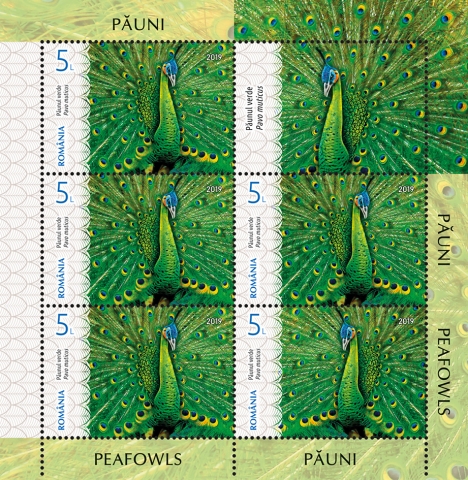 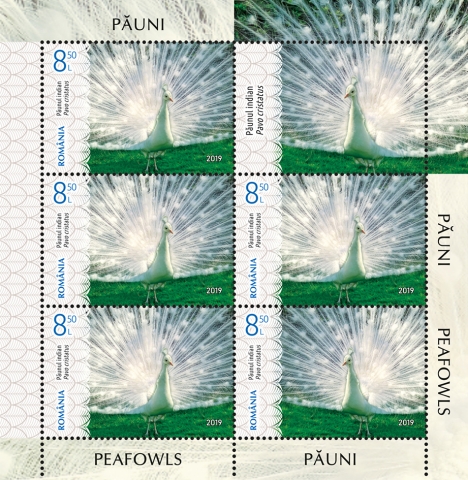 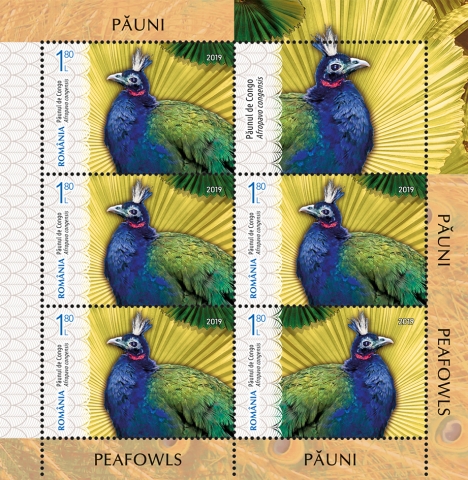 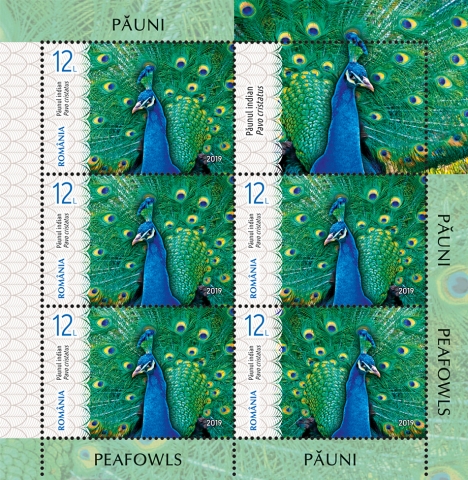 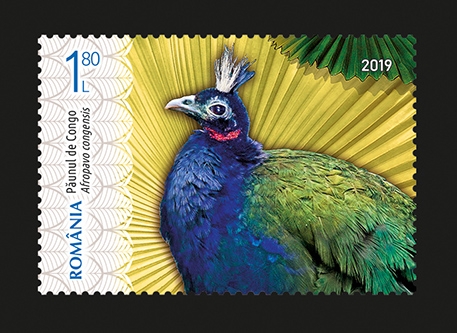 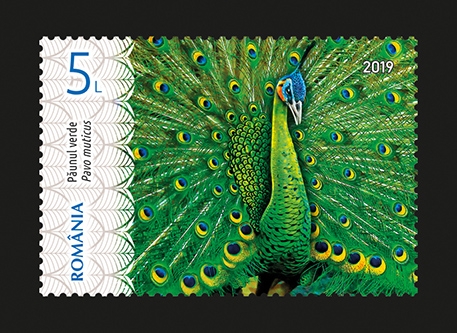 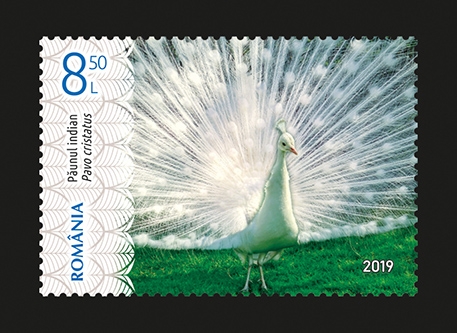 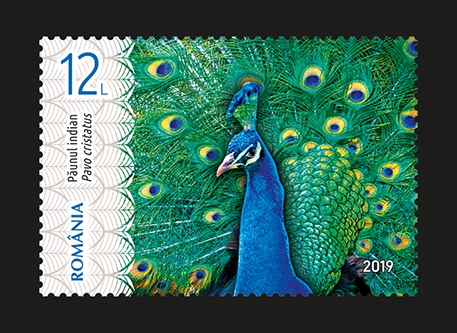 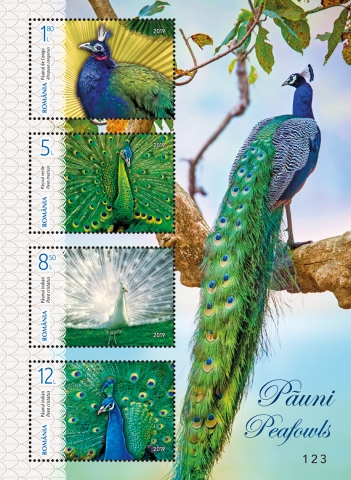