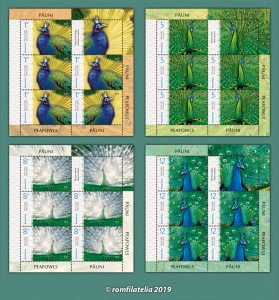 Romfilatelia introduces into circulation a postage stamps issue with the title Peafowls, on Friday, May 17th, current year. The Peafowls theme fits into the preferences of postage stamps collectors and this new issue will complete their collections with the images of four special specimens of the species.

It is divided into three races: Pavo muticus spicifer, pavo muticus imperator Delacour and Pavo muticus Linnaeus, the races having varied colour feathers,
an element through which they are differentiated.

Romfilatelia thanks National Museum of Natural History “Grigore Antipa” for the documentary granted to the completion of this postage stamp issue. 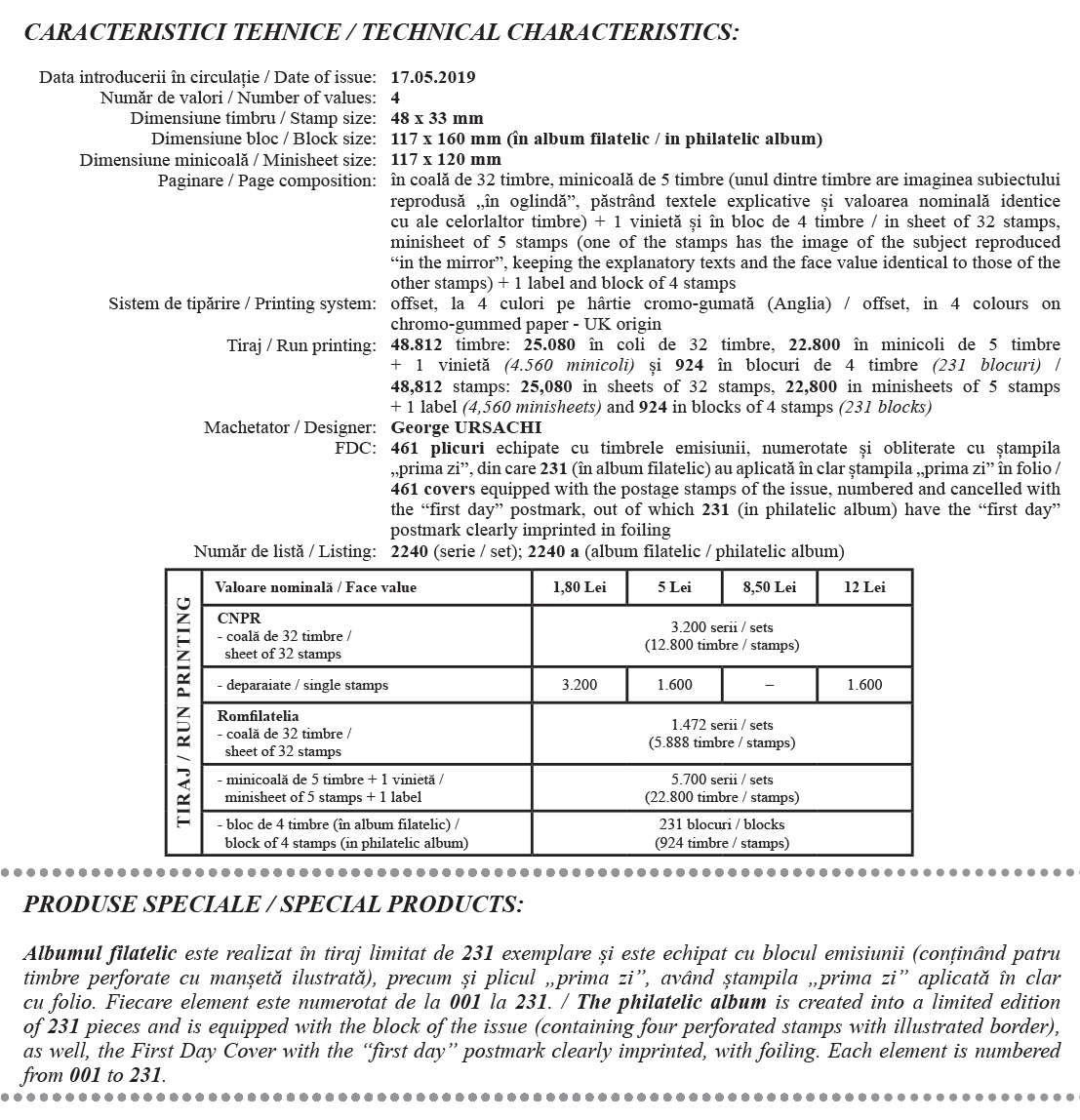