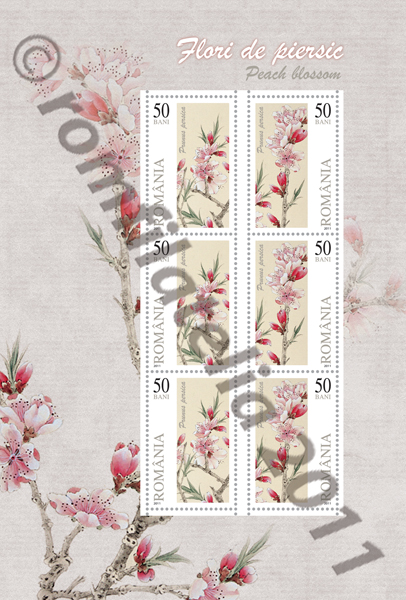 The postage stamps of this issue will be present at the 27th Asian International Stamp Exhibition (China), where Romfilatelia was invited to participate among other countries from Asia and from Non-Asian regions, in order to promote the international philatelic project dedicated to the above-mentioned theme.

The peach tree (Prunus persica) is a fruit tree of the Rosaceae family, able to reach eight meter in height; it has relatively straight branches, with few ramifications. Its flowers have a 2.5 – 3.5 cm in diameter and they are shaped as a dome having rosy to white colour. The spherical fruits are covered with hairs and their colour varies from light green to yellow and reddish.

The peach is native to China, being mentioned as the fruit preferred by the Chinese emperors in some of the manuscripts from the 10th century B.C. It was cultivated in Persia and in China.

Alexander III of Macedon, also known as Alexander the Great (356 – 323 BC), was the one who brought the peach tree in Europe after the first campaign over Persia (331 BC) and then, the Spanish explorers brought it much later in America.

In the 17th century, at the Court of the Kings of France and England, the peach was considered a delicacy. In the ancient Chinese science of Feng Shui, which studies the environment and how it influences our health, prosperity and harmony, the peach flower has a special role. It is seen as a traditional symbol for health, longevity and immortality.

The fervent collectors will join the postage stamps of this issue to the ones issued in March 2011 under the topic “Peonies”. 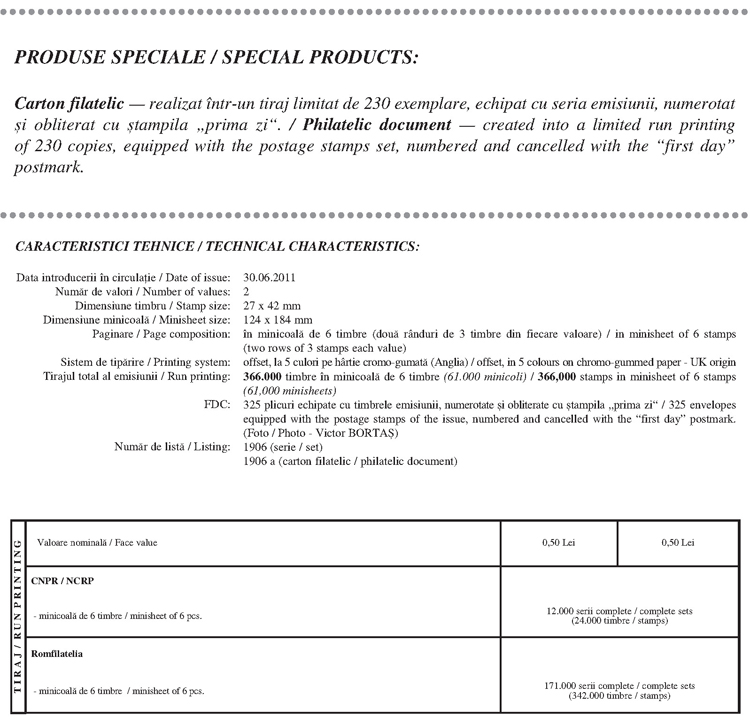