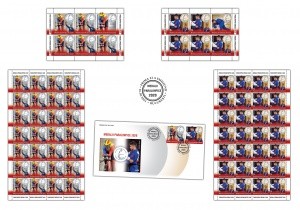 In order to honor the performances obtained by the Romanian athletes at this year’s Paralympic Games, in Tokyo, Romfilatelia introduces in circulation on Thursday, September 16th, 2021, the postage stamps issue Paralympic medals 2020.

The two postage stamps of the issue, both with the value of Lei 9, are dedicated to Eduard Novak, who won the silver medal in the track cycling event, standing out as the first leader of a Ministry of Sports in the world to win a Paralympic medal and Alexandru Bologa, winner of the bronze medal in the judoka event in the 60 kg category, blind.

The Paralympic movement asserts itself as an activity as a large-scale activity only after World War II. The main goal of the physical activities organized at that time was to help the large number of individuals affected by wounds during the war. The sport conceived as part of the recreation and physical recovery programme, and gradually it became a competitive sport.

Stoke Mandeville games initially held in the United Kingdom in 1944 became later on the Summer Paralympic Games that took place for the first time in Rome, Italy in 1960. 400 sportsmen and sportswomen from 23 countries took part in this first event. Only competitors in wheelchairs participated at the next three editions of the Paralympic Games, but as of 1976 other groups of disabilities were also invited, and the number of competitors reached 1,600. In 1976 the first Winter Games in the history of Paralympic Games were also organized in Sweden.

The first Romanian participation at the Paralympic games took place in 1972 at Heidelberg (table tennis), then we were present in Atlanta, in 1996 and Sydney, in 2000 (powerlifting). The edition of Athens (2004) was the first one where Romania had representatives for two sports: cycling and powerlifting.

At the Paralympic Games of Beijing, in 2008, Romania was represented by five sportsmen in cycling, powerlifting and tennis in wheelchair, and in 2012, at London, the Romanian sportsmen competed for athletics, cycling, swimming and table tennis.

In 2016, at Rio de Janeiro, Romania participated with the largest team ever (12 sportsmen and sportswomen and six coaches) in athletics, canoeing (two 4th places), cycling, judo for blind persons, swimming and table tennis.

Carol-Eduard Novak, the only Romanian Paralympic champion so far is a road and track Paralympic cyclist. He won the first Paralympic medal for our country at the 2008 edition of the Paralympic Games (Beijing), and also the first gold Paralympic medal at the 2012 edition from London. He also set a world record in the qualifications for the track pursuit event (4: 40.31 minutes) where he also got the gold medal.

Before starting his sports career as a cyclist, Eduard Novak was a speed skater for 10 years; he won 11 national titles and set 30 Romanian records in total at juvenile level, and some of these have not been broken so far.

In 1996, at the age of 20, he had a car crash which resulted in the amputation of his right leg exactly in the period when he was preparing from the winter Olympic Games from Nagano. After a short break in his sports career, Novak started taking part in competitions of C4 class, as well as at Elite races. After having become a professional in 2001, he registered the first major result in 2003 by winning the European Paracycling Championship. Besides the 4 Paralympic medals (1 gold medal and 3 silver medals), he has got so far 2 European gold medals, 23 medals at the World Paracycling Championships, out of which 5 are gold medals. He took part in 5 editions of the Paralympic Games in total.

Eduard Novak also competes in races where cyclists without any disabilities take part. In 2012, he won the National Road Race Championship, a remarkable result in the presence of competitors who did not have any disability.

Eduard Novak dedicated the medal he won in Tokyo to Ivan Patzaichin, the legendary canoeist: “I want to dedicate this medal to Ivan Patzaichin. It’s not gold, but I know that white gold never goes out of style. Thank you, Ivan, thank you for showing us the way and for demonstrating that it is possible“, said the minister, expressing his sadness because one of his models passed away.

Florin-Alexandru Bologa (Alex Bologa) is the only Romanian judoka whose vision is totally impaired. He lost his sight at the age of 6, and he made his debut in sport with swimming and then he took up judo. He got two Paralympic bronze medals for judo at the Paralympic Games of Rio de Janeiro (2016) and Tokyo (2020). He is also a double European champion in his category (2017 – Walsall and 2019 – Geneva) and number 1 in the 60 kg world ranking ever since 2019 when he won the Grand Prix IBSA for judo at Tashkent, and the silver medal at Grand Prix IBSA of Baku.

Following his winning the gold medal in May this year at Grand Prix IBSA, a competition for qualification at the Paralympic Games from Tokyo, where the best sportsmen and sportswomen of the world took part, Alex Bologa reconfirmed his 1st place in the world rankings.

Romfilatelia thanks the Ministry of Youth and Sports, Romanian Paralympic Committee, and the photographer Rafal Borza, for their support granted in developing of this postage stamps issue.

The postage stamps issue “Paralympic medals 2020” will be available on Thursday, September 16th, 2021, in Romfilatelia’s shops network in Bucharest, Bacau, Brasov, Cluj-Napoca, Iasi and Timisoara and online on https://romfilatelia.ro/store/. 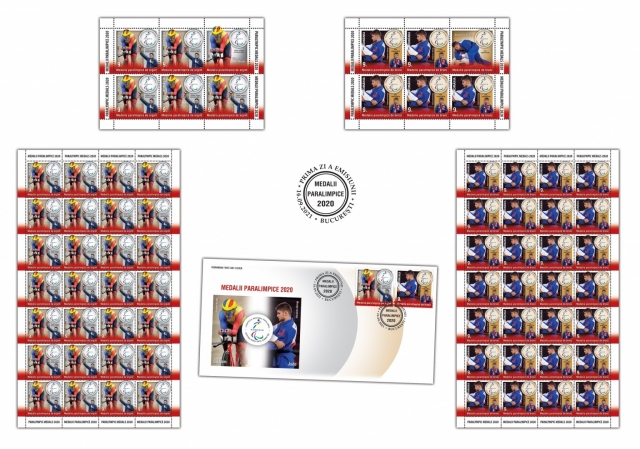 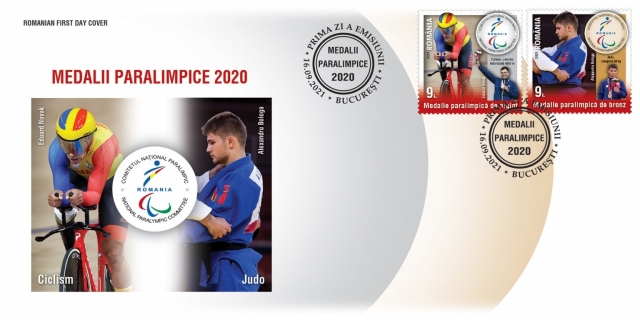 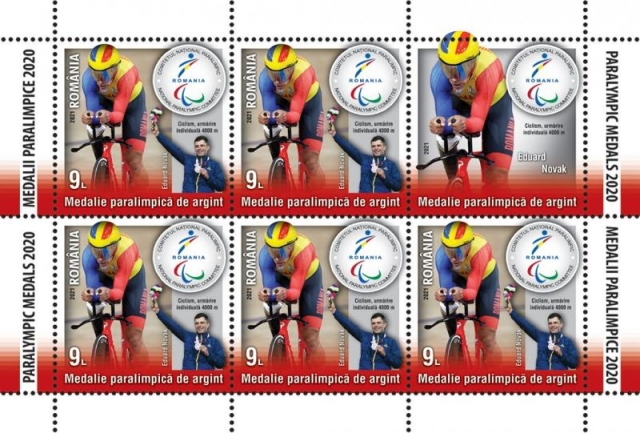 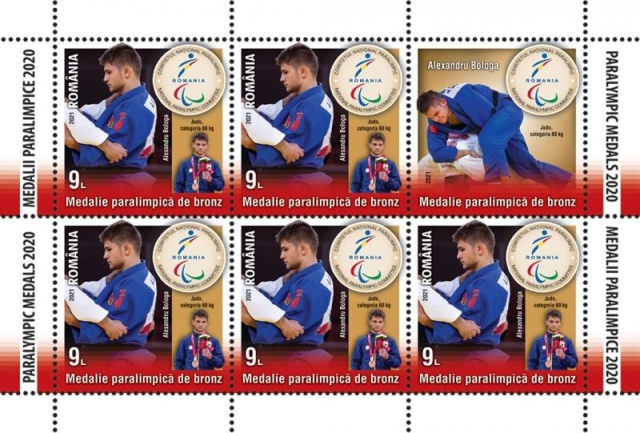 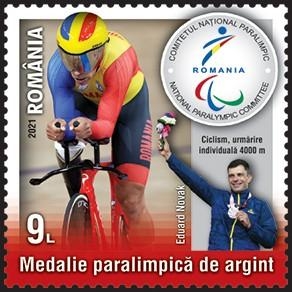 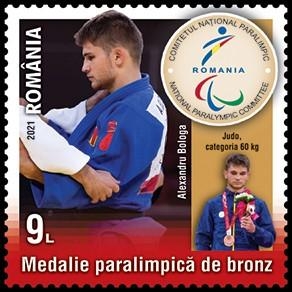