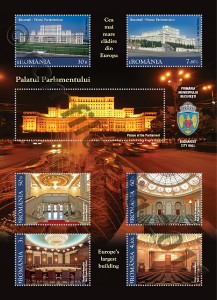 The Palace of the Parliament in Bucharest is recorded in the Guinness Book of World Records as the second largest building in the world. Motto: “…You have even managed to tame this hugepalace, a masterpiece of the Romanian people.” Catherine Lalumière, Secretary General of theCouncil of Europe (1989-1994) and Vice-President of the European Parliament (2001-2004)

The Palace of the Parliament in Bucharest is recorded in the Guinness Book of World Records as the second largest building in the world.

Standing out as a new brand of the Capital City of Romania, the images of the gigantic building and of some of its rooms are subject of the postage stamps issue introduced into circulation by Romfilatelia for the first time, under the name Palace of the Parliament.

The Parliament building, lying on a surface of 270 m by 245 m, is 86 m high and consists of 92 m of foundations and arranged underground areas, being considered as the most expensive administrative building and also,the heaviest in the world.

The works at one of the most spectacular building in the world began in 1983, but the foundation stone laying ceremony took place in June 1984. 20,000 workers and specialists have contributed to the building works.

The venue chosen for the gigantic building was Dealul Arsenalului, a natural configuration with an initial height of 18 m. The Libertatii Boulevard side was built by the workers.

The works, which were temporarily discontinued after December 1989, have been resumed, the edifice being initially designated as the House of the Republic, and subsequently becoming a symbol of democracy under the name of the Palace of the Parliament, the headquarters of the Chamber of Deputies and the Senate of Romania.

A Parliament Decision of May 1994 resulted in the setting-up of the International Conference Centre, which hosted the first major event: the works of the Crans Montana Forum.

Europe’s largest building, the Palace of the Parliament is 365,000 sq m wide and has about 1,000 rooms, out of which, 440 offices, 30 salons and halls, four restaurants, three libraries, a concert hall and two underground parking areas.

The names of the salons and halls in the Palace of the Parliament evoke both important Romanian historical events and personalities of international renown.

It should be noted that every single material used to build the Palace, including the wood, chandeliers, carpets and the leather, is of Romanian origin.

Today, more than 25 years after its construction began, the Palace of the Parliament has become not only a symbol of Bucharest, but also a landmark of the world capital cities symbol map. 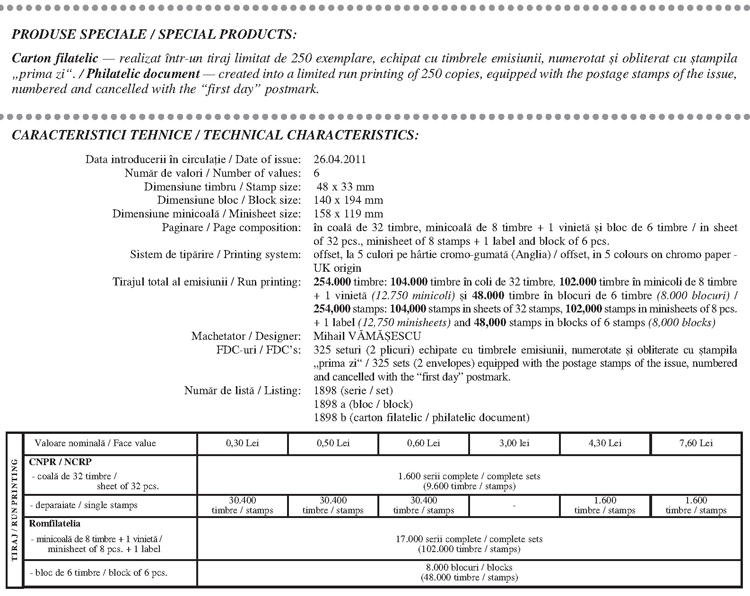