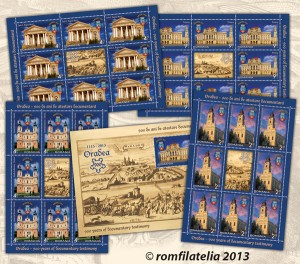 Certified under the old historic documents of 1113, Oradea is a settlement built in a Transylvanian area that has been inhabited ever since the Neolithic Age.

The archaeological vestiges found and authenticated by specialists on the current territory of the city recompose the images of establishments and necropolises from the Neolithic Age, from the Bronze Age, the first Iron Age and from the age of the Free Dacians.

The presence and constant existence of the domestic population in the area of Oradea is also mentioned in the work of the notary Anonymus of the Hungarian King Bela III, who, in his work “Gesta Hungarorum”, provides valuable information on the existence of a political and state formation led by Menumorut, who strongly fought against the Hungarian invasion. It must be mentioned that Menumorut’s centre of power, the fortress of Biharia, was 12 km away from Oradea.

Since 1092, the Romano-Catholic Episcopate has been acting within the Fortress of Oradea, playing a paramount role in city development.

The fortress defence system is first damaged after the great invasion of the Tatars during the period 1241-1242. Significant reconstruction works follow, giving the city the recognition of the civitas status in 1374.

The frequent sieges of the Ottomans during the 15th – 17th century end in 1660, when the fortress is occupied and becomes the residence of a pashalik. After more than three decades, in 1692, the city is conquered by the Austrians.

During a period when the Central European expansion of the Ottoman Empire becomes a reality, starting with 1569, the works for the reconstruction of the defence system of the Fortress of Oradea are performed upon order of Prince John Sigismund. The Italian architects present on the working site of the fortress achieved an investment to which the entire principality participated, the contribution of Prince Gabriel Bethlen to the Princely Palace built inside the fortress being worth mentioning.

An important role in the promotion of the culture was that of the communities forming the city population during the Middle Ages: Romanians, Hungarians, Italians, Jews and Slovakians. The Library of the Catholic Episcopate of the city, the astronomical observatory, the archive, the schools were important landmarks in the local cultural scenery.

On this framework, the existence of the Law Academy ever since the 18th century must be mentioned and the later, in the 19th century, that of schools, secondary schools, cultural associations and libraries.

Moreover, it has to be mentioned that, during the 18th century, Oradea, having a population of about 20,000 inhabitants, was one of the largest cities in Transylvania.

Oradea, a major historical, cultural and tourism objective of Transylvania, is proud of its historical and architectural monuments of great value.

The Italian style fortress, with five spade-shaped bastions, is subject to a comprehensive restoration process.

The Romano-Catholic Cathedral, illustrated on the postage stamp with the face value of lei 4.30, is the biggest Baroque-style church in the country, built in the second half of the 18th century. The statue of Saint Ladislaus stands in front of the Cathedral. The Episcopal Palace, a replica of the Belvedere Viennese Palace, is known to be the most representative monument in late Baroque style in our country.

The list of representative monuments also includes the “Assumption of the Virgin” Orthodox Cathedral, illustrated on the postage stamp with the face value of lei 2.10, also known as the Church with Moon, which was built during 1784-1790. An ingenious mechanism that is unique in Europe puts a sphere of the church tower into motion, indicating the moon phases. The Greek-Catholic Cathedral “Saint Nicholas”, and the Orthodox Synagogue, which was recently restored, are also important architectural landmarks.

Another important edifice and an emblem of the city, is the Black Hawk Palace, erected at the beginning of the 20th century in the Secession style.

On the 900th anniversary of the first documentary certification of the city of Oradea, Romfilatelia introduces into circulation a postage stamps issue dedicated to this event. 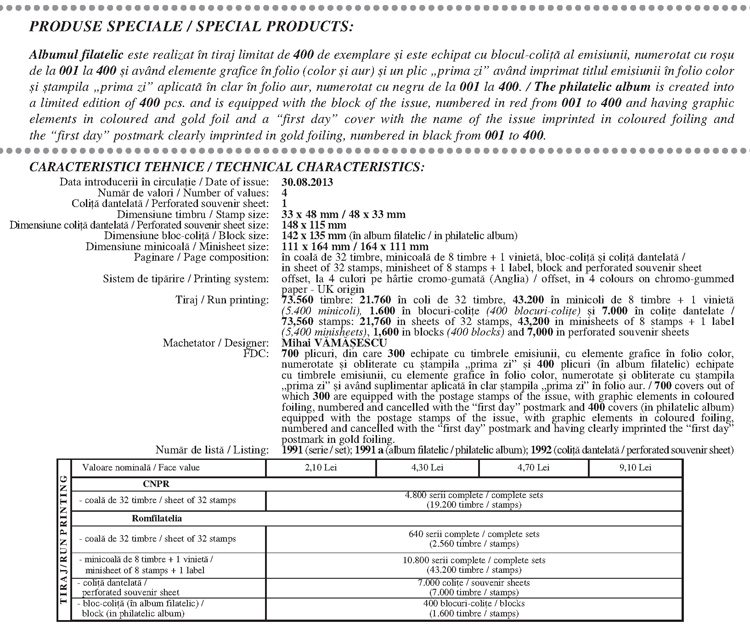