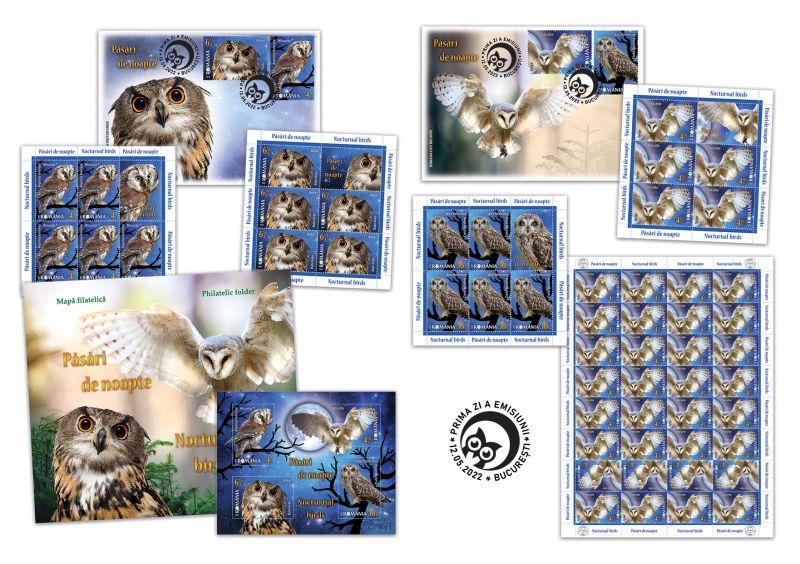 Romfilatelia adds to the topic dedicated to “Fauna” a new postage stamps issue “Noctural Birds” introduces into circulation on Thursday, May 12th, this year.

The issue, composed of four stamps, has philatelic elements, four minisheets of five stamps with label, four sheets of 32 stamps with tête-bêche, a block of 4 imperforated stamps displayed in a special philatelic folder and two First Day Covers. The images of the postage stamps present four species of birds of prey, also found in the faunistic treasure of Romania. The design is adapted to the requirements of the specialists in the field, aiming at rendering the defining elements of each species: the shape of the head, the eyes, the plumage, the chromatic aspect, etc. The letter “O” within the word Romania is symbolically rendered as an image of the night star: The Moon.

Boreal owl (Aegolius funereus), illustrated on the stamp with the face value of Lei 4, is characteristic of wooded areas of conifers, but is also present in those mixed with deciduous trees.

Barn owl (Tyto alba), depicted on the stamp with the face value of Lei 4.50, is a Medium-sized nocturnal bird of prey.

Eurasian eagle-owl (Bubo bubo), illustrated on the stamp with the face value of Lei 6.50, is the largest species of night predators in Europe.

Short-eared owl (Asio flammeus), represented on the stamp with the face value of Lei 16, it is characteristic of open areas represented by pastures, reeds, swamps and agricultural lands.

Romfilatelia thanks the representatives of the “Grigore Antipa” National Museum of Natural History for the documentary support provided to the development of this postage stamps issue.

The philatelic issue will be available starting Thursday, 12th of May, in Romfilatelia’s shops network in Bucharest, Bacau, Brasov, Cluj-Napoca, Iasi and Timisoara and online on https://romfilatelia.ro/store/. 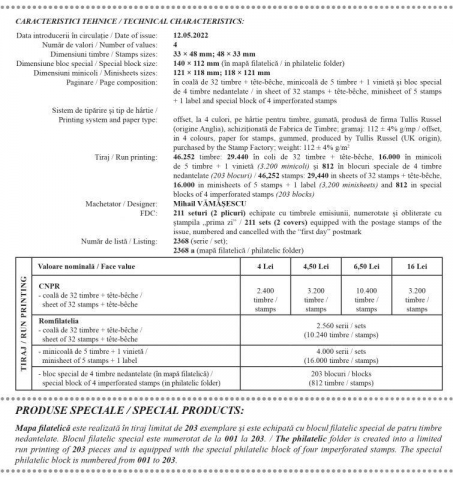 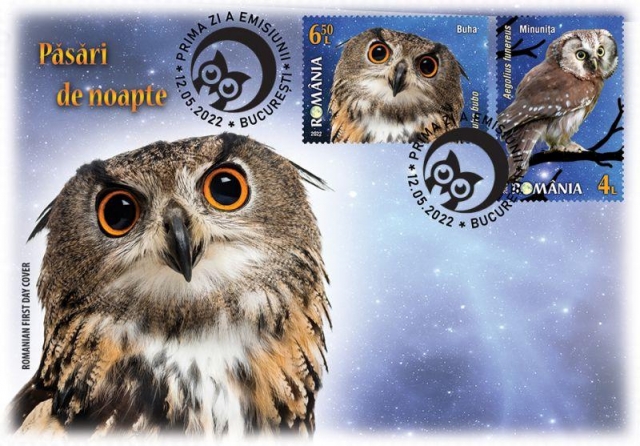 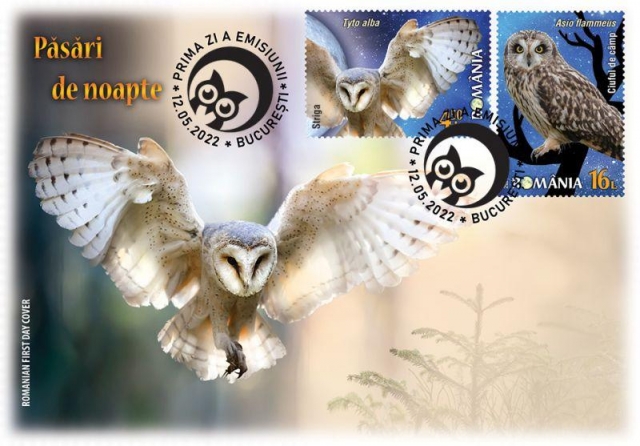 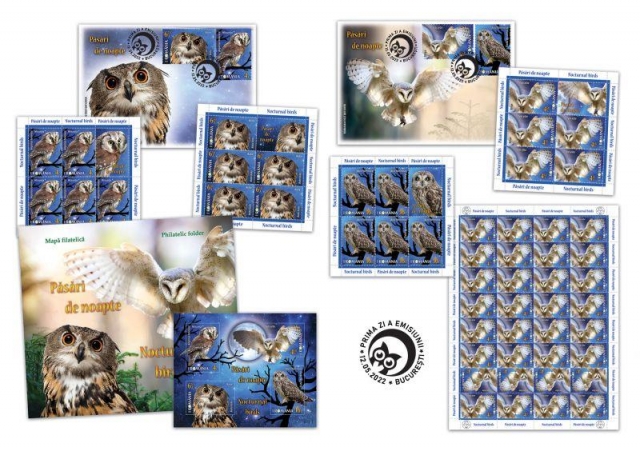 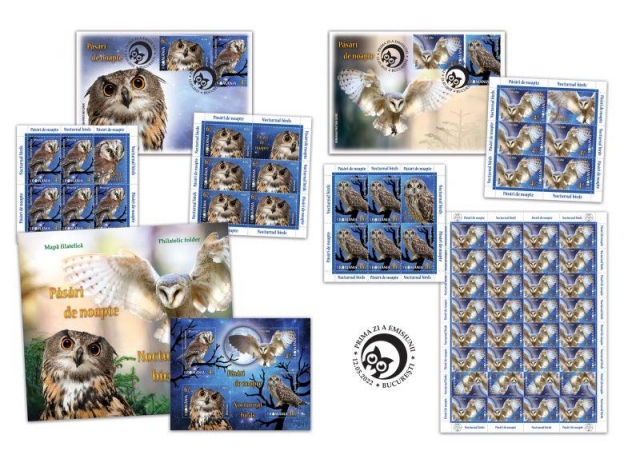 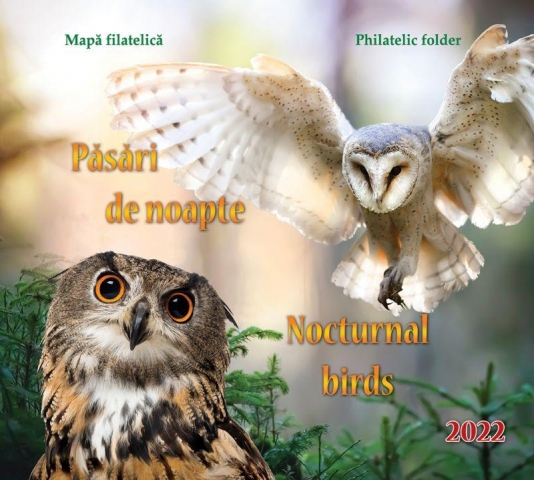 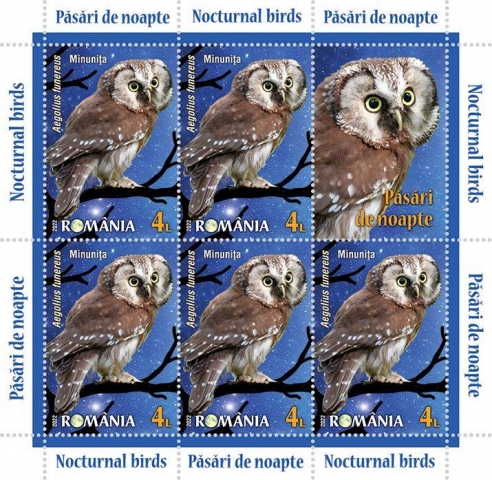 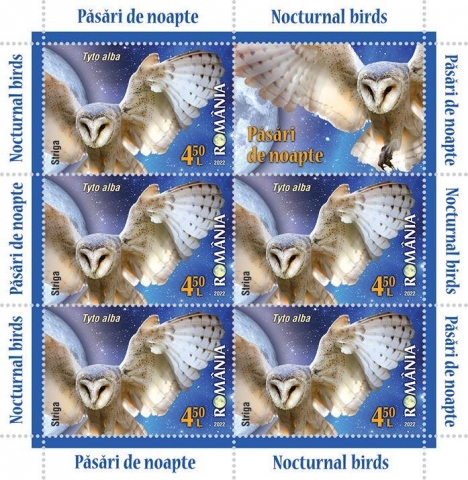 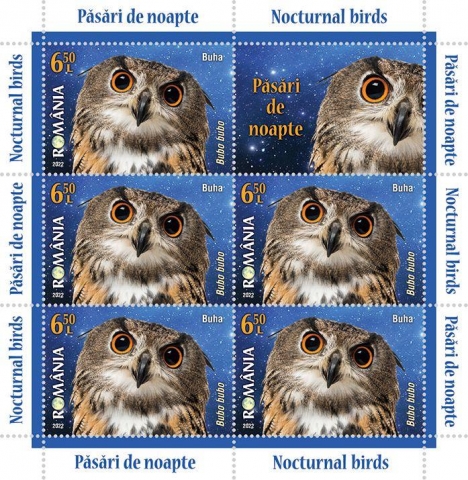 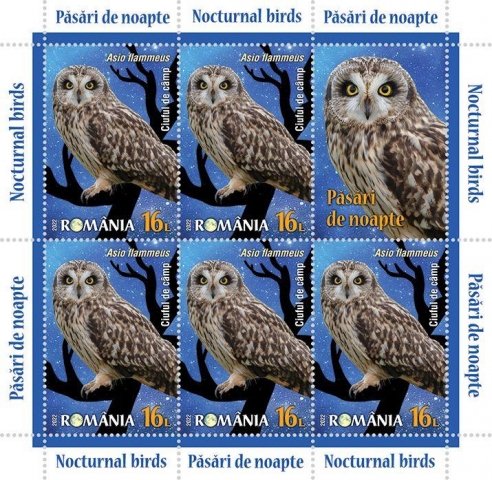 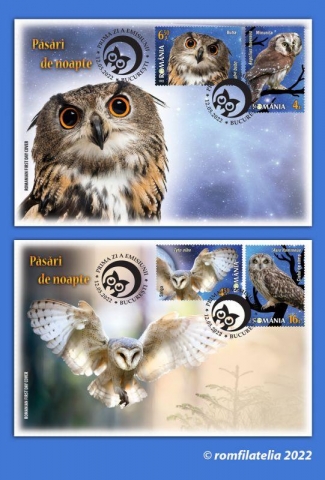 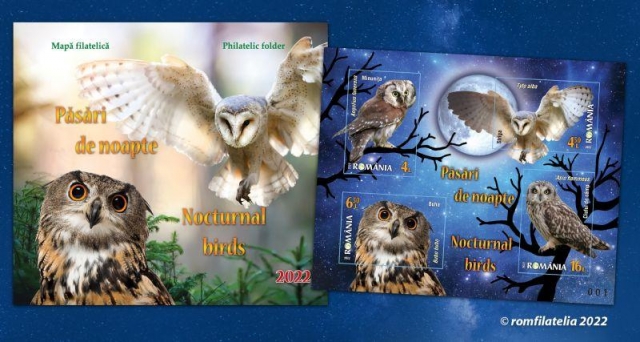 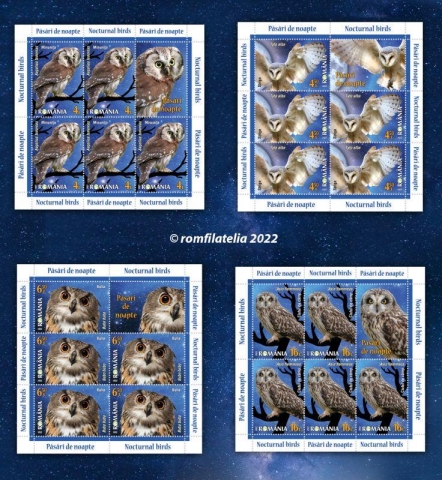 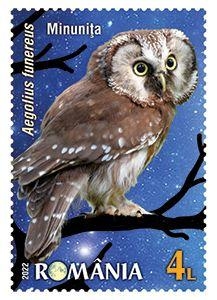 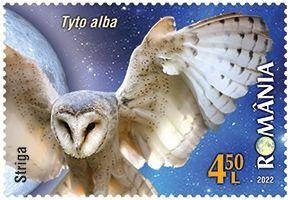 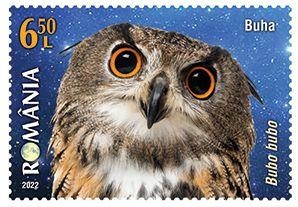 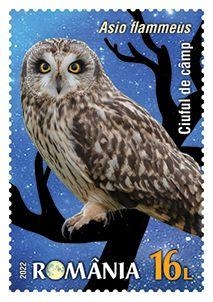 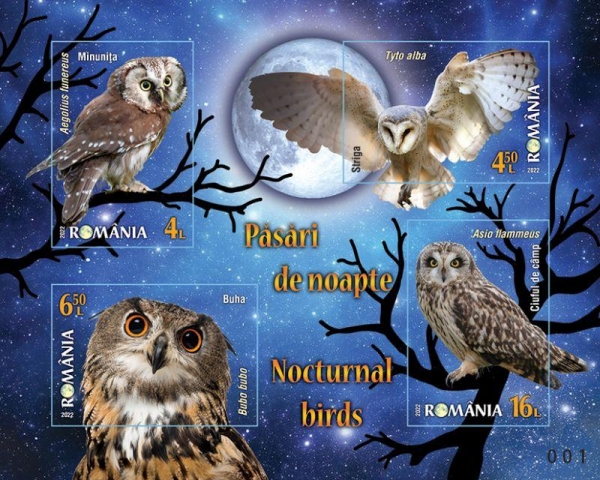