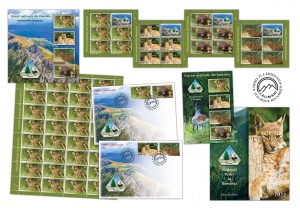 National Calimani Park defines a protected area of national interest, located in the central-northern part of Romania, on the administrative territories belonging to the counties of Mures, Suceava, Harghita and Bistrita-Nasaud.

The first proposal to establish it as a national park was registered in 1975, and the declaration as a protected area was legislated in 2000.

On this occasion, Romfilatelia invites you to the wonderful world of Romanian stamps on a trip to the mountains and the Călimani National Park in order to admire the special fauna specific to this area.

Romfilatelia thanks the representatives of the Ministry of Environment, Water and Forests, National Calimani Park and the “Grigore Antipa” National Museum of Natural History in Bucharest for the documentary and photographic support provided to the development this postage stamps issue.

The philatelic issue  consists of four stamps, four mini-sheets, two “First Day” Cover and a special philatelic folder, and it will be available starting Wednesday, 12th of January 2022, in Romfilatelia’s shops network in Bucharest, Bacau, Brasov, Cluj-Napoca, Iasi and Timisoara and online on https://romfilatelia.ro/store/. 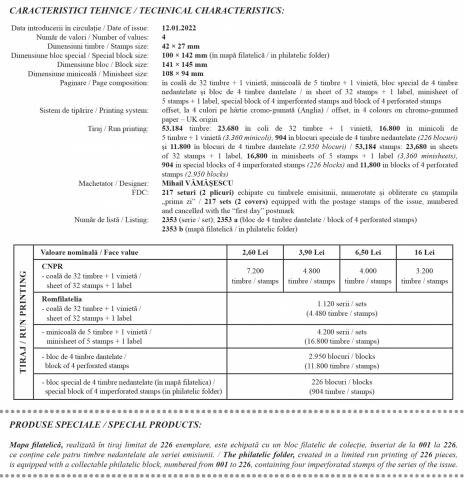 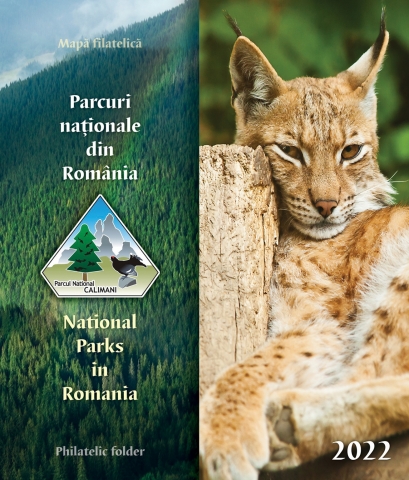 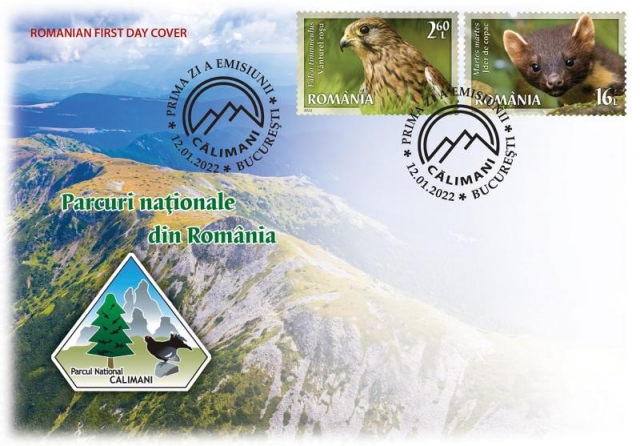 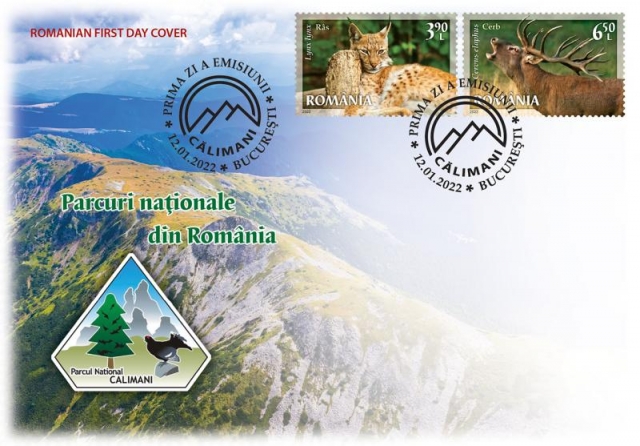 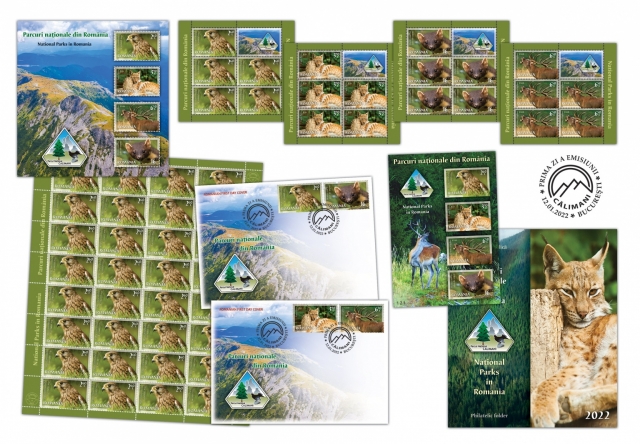 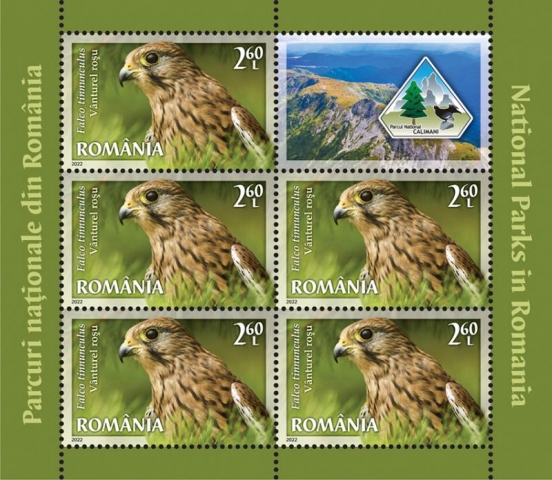 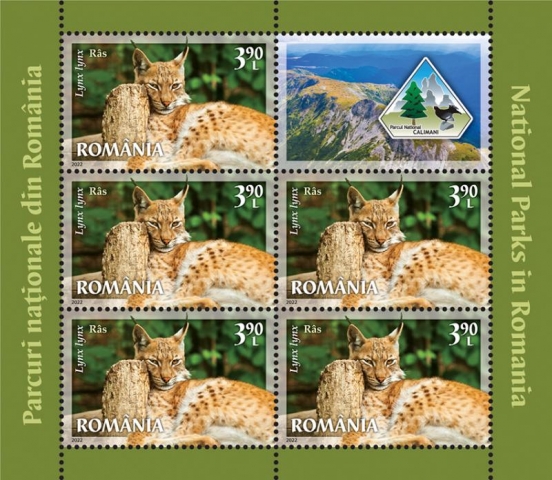 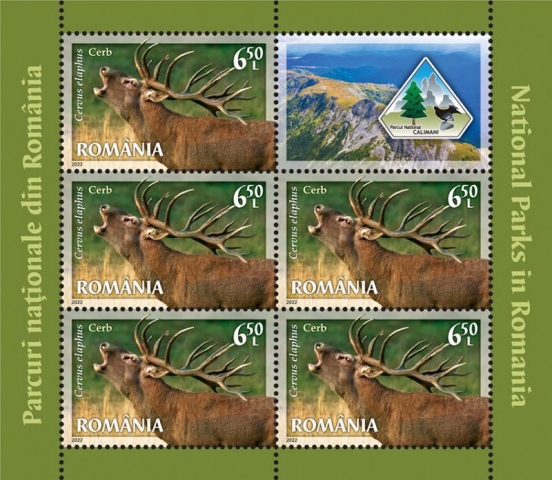 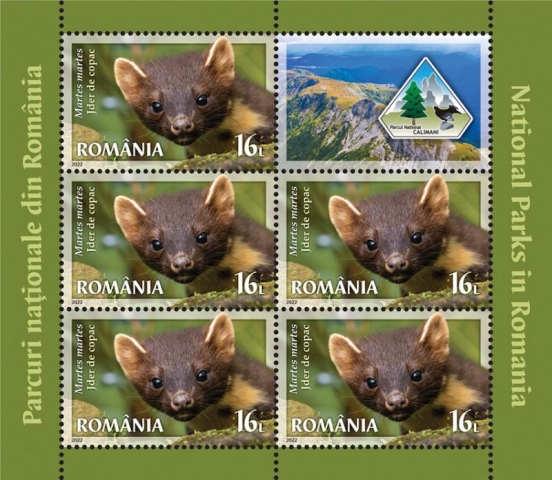 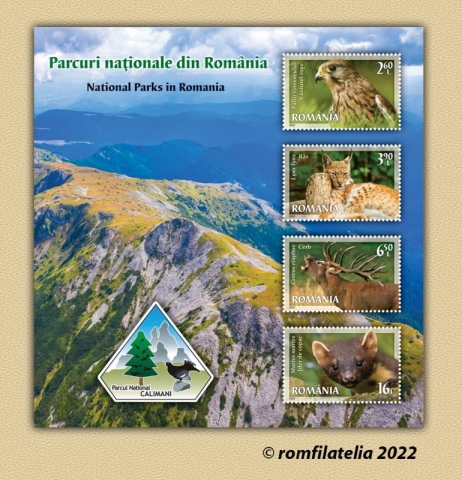 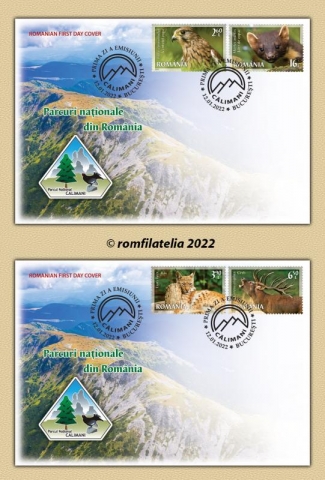 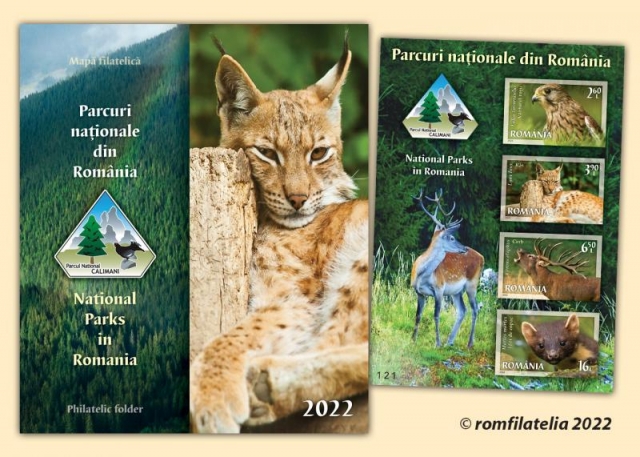 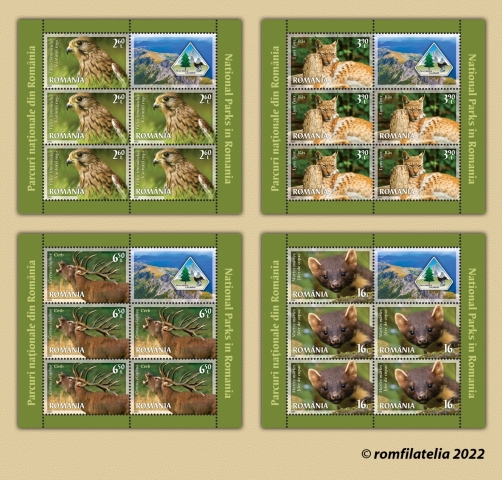 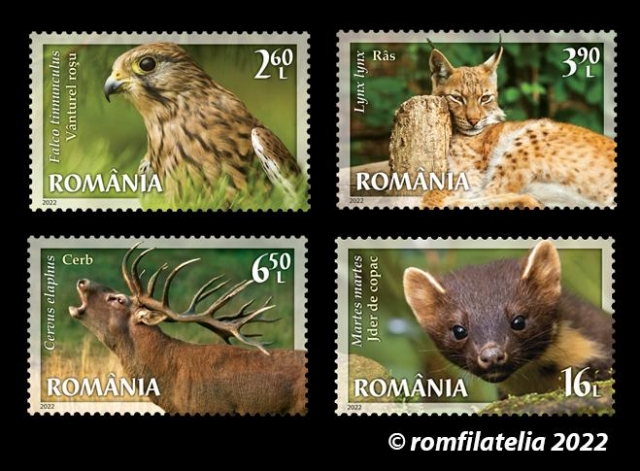 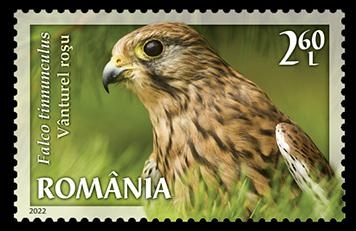 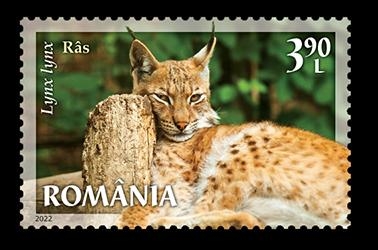 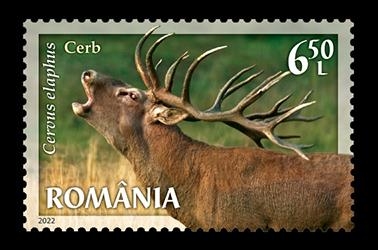 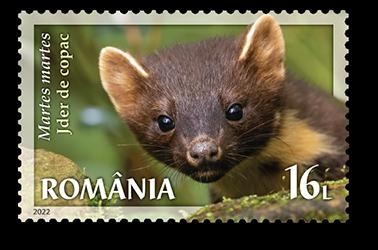 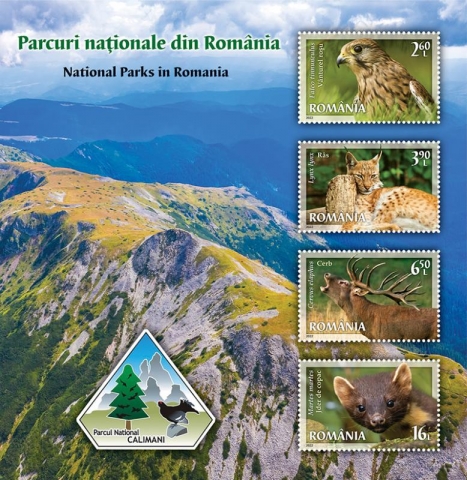 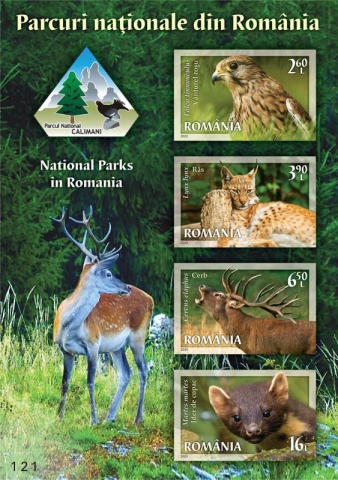