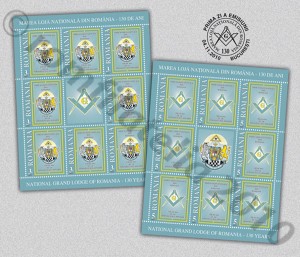 Since the 18th century, on the current territory of Romania, they founded the first freemason Lodges, the first one in Galati and the second in Iasi. Their founders were Princely Secretary Anton Mario del Chiaro and the Ruler Constantin Mavrocordat.

Among the personalities who are said to have been freemasons we may mention Horea, one of the leaders of the revolt from 1784, Tudor Vladimirescu, a symbol of the national fight at the beginning of the 19th century, as well as many 1848 revolutionists: Nicolae Balcescu, Vasile Alecsandri, Mihail Kogalniceanu, Costache Negruzzi, Ion C. Bratianu.

Under the reign of King Carol I, characterized by a modern sustainable development of Romania, as we may expect, the Romanian freemasonry was not only acknowledged but it was also given a high importance.

In September 1880, in Romania they kindled the lights of the Regular Freemasonry, when was set up the National Grand Lodge of Romania (as a regular and sovereign Grand Lodge).

After the Great Union from 1918, the Transylvanian Lodges have become members of the National Grand Lodge of Romania.

Then followed two decades of development and consolidation of the Romanian freemasonry that came to an end in 1937, at the request of King Carol II, when freemasonry went into dormancy.

From 1944 to 1948, with the agreement of the Allied Control Committee, freemasonry resumed its activity, but Romania’s total submission to the Soviet Union would lead to its forbiddance starting from 1948. Harsh years of political oppression and imprisonment came for most members of the Romanian freemasonry.

After the political changes of 1989 in the Eastern Europe, they rekindled the lights in the former communist countries.

The reactivation of the Regular Freemasonry of Romania occurred with the authorization of the United Grand Lodge of England by the Grand Orient of Italy.

On 24th of January 1993, the 3 lodges reconstituted the Grand National Lodge of Romania, which is the only Grand Lodge of Romania acknowledged by the Universal Regular Freemasonry.

On the occasion of 130th anniversary since the kindling of the lights of the Regular Freemasonry of Romania, Romfilatelia introduces into circulation the postage stamps issue entitled the “National Grand Lodge of Romania – 130 years”.

Romfilatelia kindly thanks the National Grand Lodge of Romania for the documentary support granted in the accomplishment of this postage stamps issue. 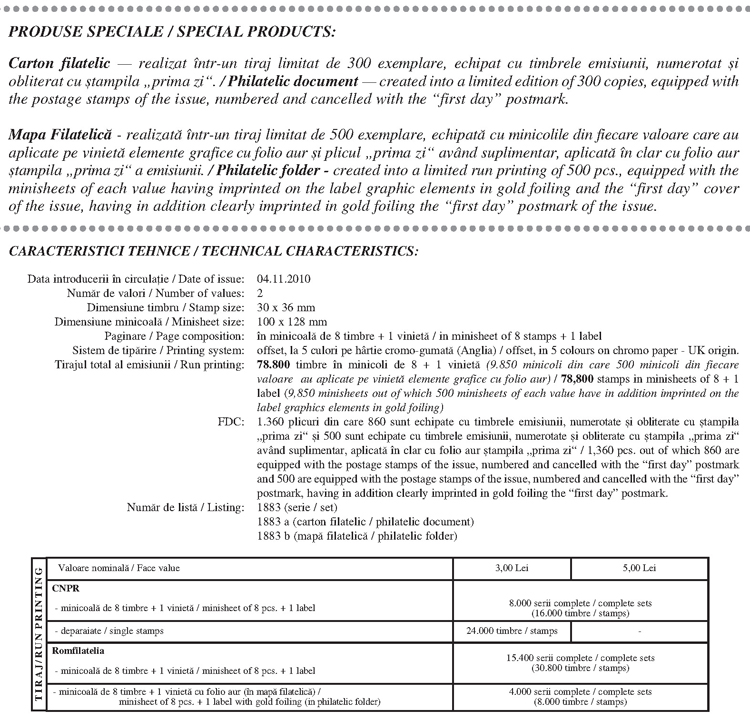