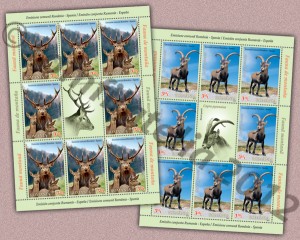 In history, although located at the extremities of the European continent,RomaniaandSpainhave shared common interesting aspects.

Emperor Trajan, a personality of the Latin history, was born inAndalusia.

Ambassadors from the Court of Castile were sent to Stefan the Great inMoldavia.

The beginning of the Hispano-Romanian diplomatic relations dates back to the 15th century, when Iancu de Hunedoara, the Ruler of Transylvania and King Alphonso V ofAragon entered into a cooperation treaty.

Spainrecognised Romania´s state independence on the 12th of April1880, the bravery and courage of the Romanian army being sublimely depicted by the Spanish press correspondents. This way, the Romanian-Spanish diplomatic relations are established, the 23rd of June 1881 was the date when the Legation of the Spanish Kingdom was set up in Bucharest, being managed by Juan Pedro de Aladro, the head of the diplomatic mission. After concluding the first commercial convention between the two countries, in 1908 Romania initiated in 1911 the procedures for setting up the Legation of Romania in Spain, finalised on 15th of June 1913, managed by George Cretzianu, as the extraordinary representative and plenipotentiary minister.

During the interwar period, the bilateral Romanian-Spanish relations were conducted on a normal basis, both in economic and political domains.

In 1946, the relations between the two countries were discontinued and in 1967 the Agreement on setting up of consular and commercial representations in the two capital cities was signed inParis, managed by plenipotentiary ministers.

Ten years later, in 1977, the diplomatic missions of the two countries were raised to Embassy status.

As a visible landmark of the good relations between the two states in the field of philately, Romfilatelia introduces into circulation the joint stamp issue Romania-Spain with topic Mountain Fauna choosing the Carpathian Red Deer and the Spanish Ibex to illustrate this theme.

The Carpathian Red Deer (Cervus elaphus) lives in Eastern and South-Eastern Europe and is the largest hunting species. The male has large, well-defined antlers that are shed each year (in February or March). A pair of antlers needs five months to grow.

The stag is brown and greyish on the chest, shoulders and thighs. The abdomen is brown-blackish. Sometime, the stag has very small light spots along the spine and on the sides of its body.

Grass is the most important source of food. Since the natural habitats are more and more scarce, often, unusual behaviour of the animal can be noticed turning the noble stag into a loathed or problem animal. As a result, the national and international laws protect this species.

The Spanish Ibex (Capra pyrenaica) is one of the animal species living in theIberian Peninsula.

It lives in the woods and bushes at medium and high altitudes, 500 to 2,500 m, in areas such as Sierra Nevada, Gredos, Cazorla, Guadarrama, Serania de Cuenca and in certain mountain areas ofCatalonia.

This species has very sharp sense of smell and of hearing and, due to its very well adapted hooves, it may climb rocks and jump over almost vertical cliffs. It groups in large herds composed both of females and of males. It is an herbivorous species and during winter it migrates looking for shelter.

At the end of the 20th century the species started regressing. King Alfonso XIII developed in 1905 the Royal Hunting Refuge in Sierra de Gredos in order to restrict the hunting in that area.

In 1950, reservations started being set up with the aim to mitigating the effects of the extinction danger of species. Nowadays, this species is provided in Annex III to the Berne Convention and Annex V to the European Council Directive on the conservation of natural habitats and of wild fauna and flora.

We would like to thank the National Museum of Natural History “Grigore Antipa” for the documentary consultation granted in the accomplishment of this postage stamps issue. The photographic support was provided by Silviu Matei. 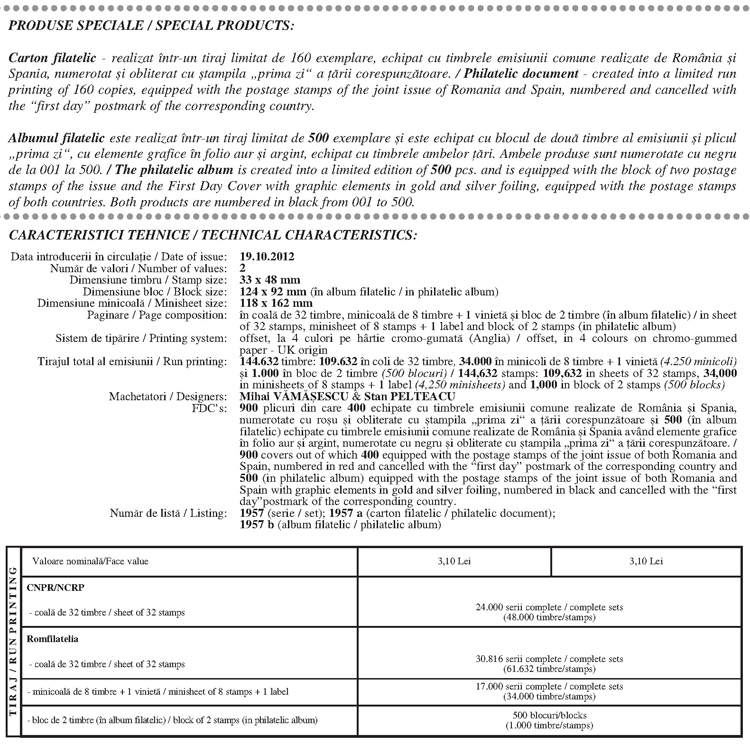