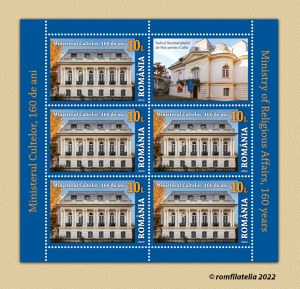 To mark the 160th anniversary of its existence, Romfilatelia introduces into circulation on Friday, January 21st, the postage stamps issue „Ministry of Religious Affairs, 160 years”. The issue consists of a stamp with the face value of lei 10, on which is reproduced the image of the current headquarters of the State Secretariat for Religious Affairs, a perforated souvenir sheet whose stamp has the face value of lei 32, whose image reproduces the bronze bust of the ruler Alexandru Ioan Cuza together with the architectural details of the institution’s headquarters, and a First Day Cover, illustrating the building of the State Secretariat for Religious Affairs.

During the time in which the Romanian United Principalities were governed in accordance with the Organic Statutes, under the aegis of the Great European Powers, precursor institutions of the current State Secretariat for Religious Affairs were established, respectively the Great Stewardship of Faith established in Wallachia in 1831 and the Church Governorship created in 1844 in Moldavia.

The establishment of a modern institution, with clear attributes in managing the relations between state and religious organizations is closely linked to the founding of the Romanian modern state. Immediately following the simultaneous election of Alexandru Ioan Cuza as ruler of Moldavia and Wallachia, Ministries of Religious Affairs were set up in both Iași and Bucharest. In 1862, concomitant with the administrative unification of the Romanian Principalities, a single Ministry of Religious Affairs was established and this is considered the official date of the foundation of the institution that today carries the name of State Secretariat for Religious Affairs.

The State Secretariat for Religious Affairs develops the partnership between central and local authorities and the religious organizations recognized by law in social, cultural and educational areas. In respect to that, the State Secretariat for Religious Affairs is ruled by the fundamental principle that religious organizations are free, autonomous and equal before the state authorities.

Romfilatelia thanks the Ministry of Religious Affairs for the documentary and photographic support provided to the development of this postage stamps issue. 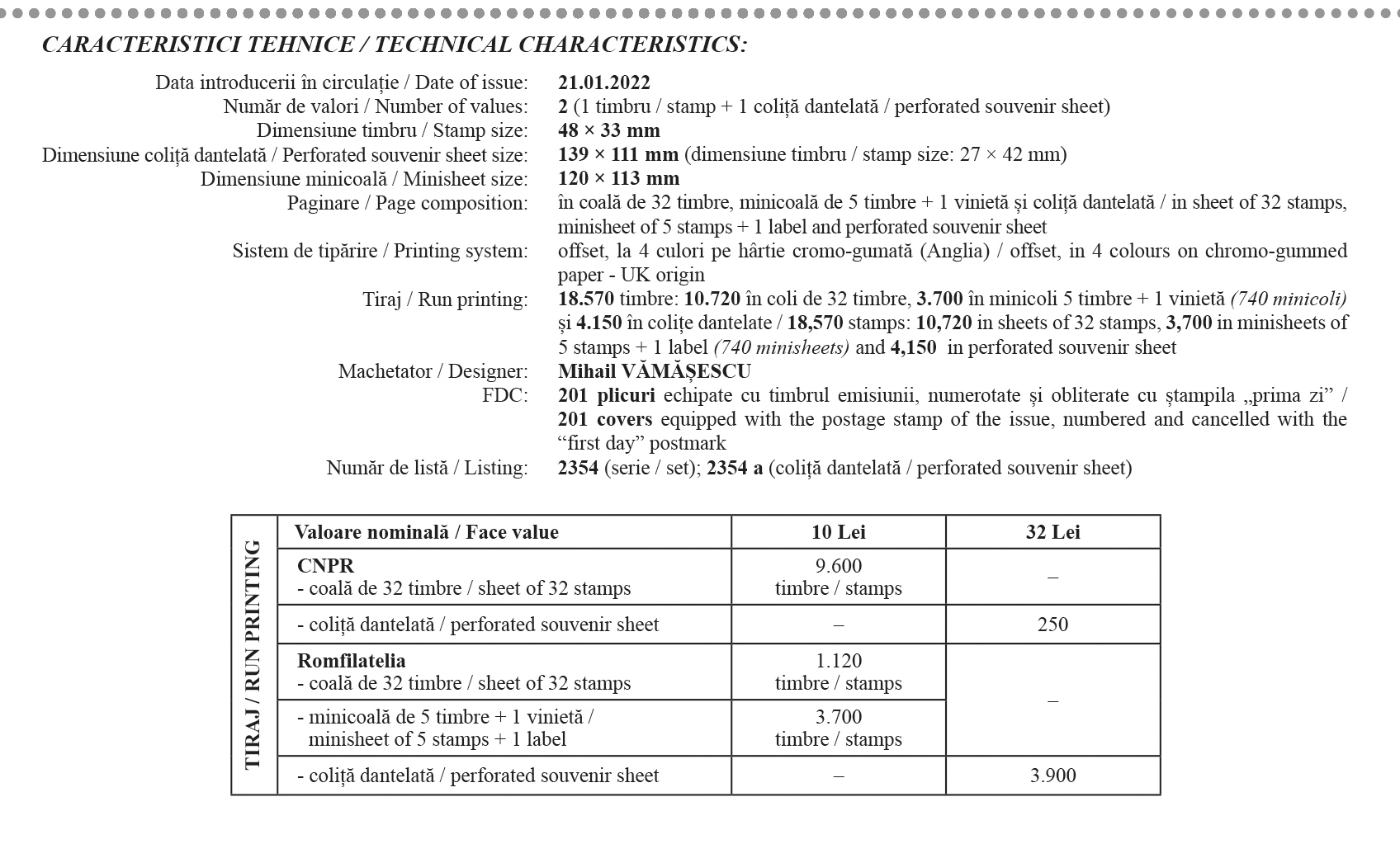