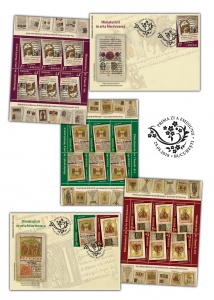 In the Solemn Year of Unity of Faith and Nation, Romfilatelia introduces into circulation the postage stamp issue Miniaturists in Church Art, honoring the work of religious artists on both sides of the Carpathians.

The new issue will be available on Friday, May 25th, 2018, in Romfilatelia’ own shops network in Bucharest, Bacau, Brașov, Cluj-Napoca, Iași and Timișoara and online on https://romfilatelia.ro/store/.

On the stamp with the face value of Lei 2.90 is reproduced The Last Supper miniature, made in 1653 by an anonymous artist who worked for the Bishopric of Wallachia in Targoviste, at the time of the Metropolitan Stephen. The stamps with the face values of Lei 3 and Lei 15 illustrate the Holy Trinity and Christ Pantocrator miniatures, made by Picu Patrut (1818-1872), a naïve artist from Salistea Sibiului.

In the first half of the 17th century, the Ruler of Wallachia, Matei Basarab, strongly supported the development of culture, especially book publishing. In his approach he was helped by Metropolitan Stephen (c. 1600-1668), who tenured the Bishopric of Targoviste between 1648-1653 and 1655-1668.

By the pastorate and financing of the Metropolitan, in 1653, The Missal of Metropolitan Stephen of Wallachia was copied in manuscript. The Missal or the Ordinal presents the liturgical prayers in the Slavic and Greek languages, and the performance of divine service for various services and texts of the Church Fathers, in Romanian. The text is enriched with miniatures of rare beauty, made by an anonymous author. The works of art were most likely drawn by the copyist who transcribed the missal.

Picu Patrut is one of the most important miniaturists of the 19th-century Europe. He was born in 1818, in Salistea Sibiului, in a family of sheep breeders. He was attracted, from an early age, by religious life and showed interest in reading. By means of the village people practicing transhumance, he had access to books from all parts of Romanian territories, that helped him to develop a rich secular and religious culture. Picu Patrut left for posterity over 40 manuscripts, including his poetic and dramatic work, hymns and copies of ecclesiastical texts, all illustrated with over 3,000 colorful miniatures. His drawings impress by artistic finesse and special technique, which are supported by a good knowledge of religious painting. The miniaturist realized that, at a time in which becoming a literate was not available to many people, the visual was superior to the verbal. By his representations, Picu Patrut opened a door to the knowledge of biblical text, offering the possibility of understanding the Holy Scripture by image.

The postage stamp issue is completed by a set of two First Day Covers, as page composition there were used a sheet of 32 stamps and a minisheet of 6 stamps with illustrated border (3 pairs tęte-bęche). 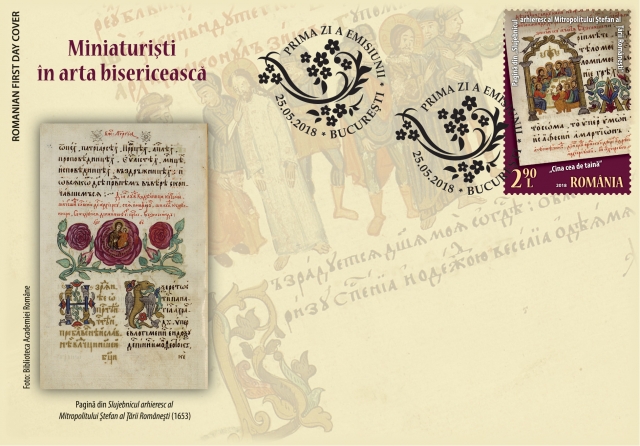 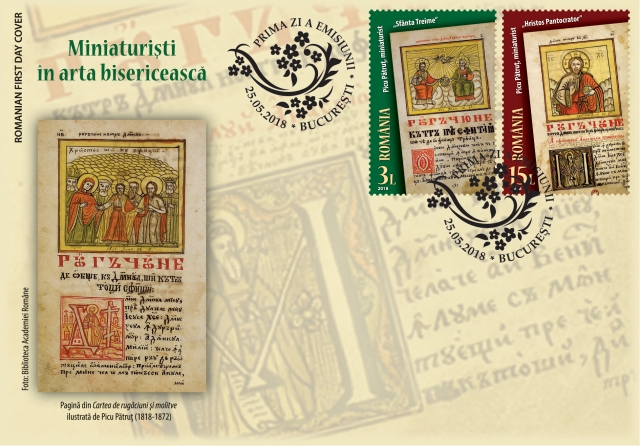 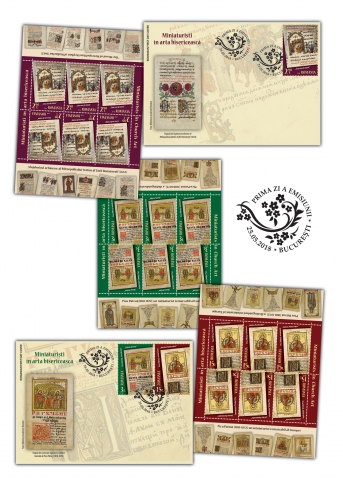 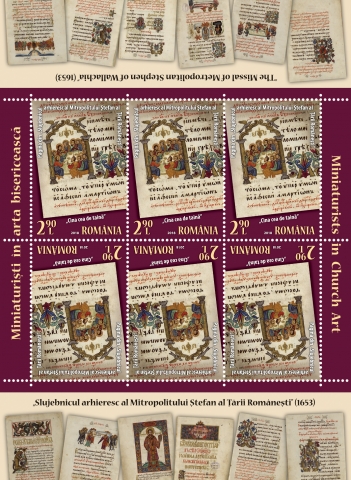 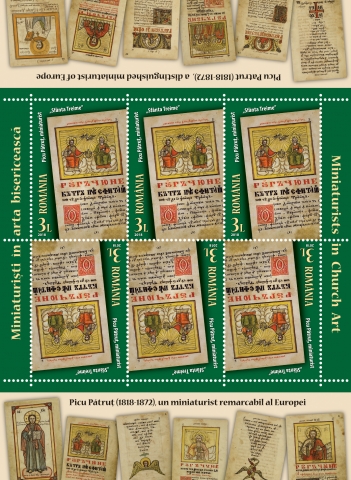 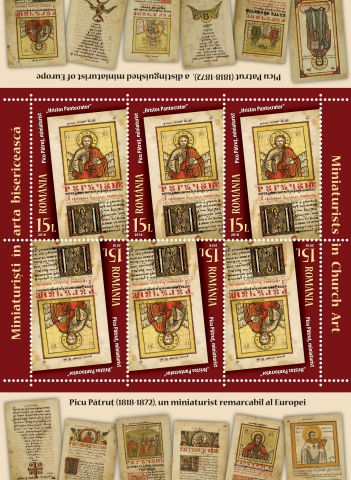 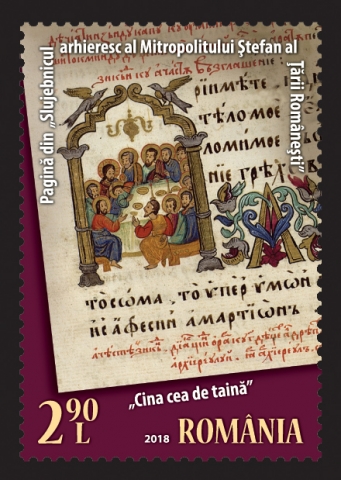 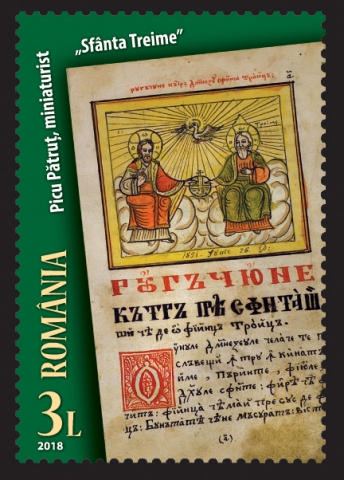