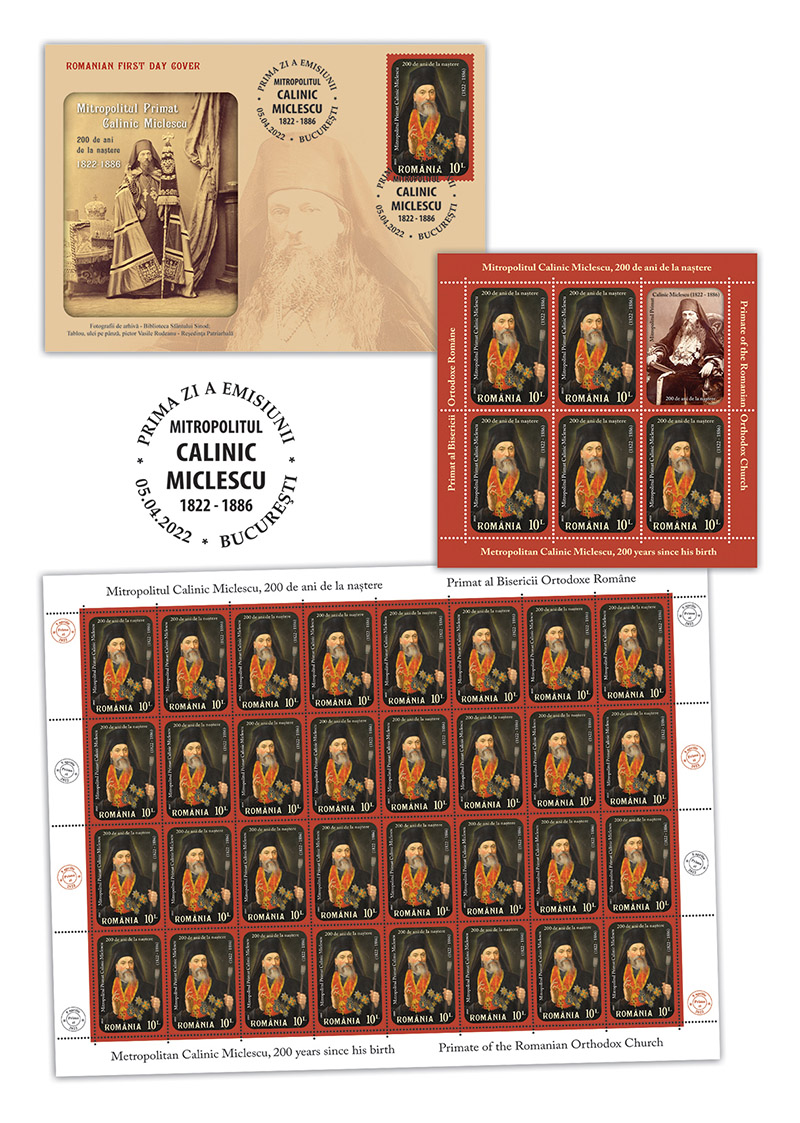 Romfilatelia adds to the theme of spirituality and history of the Romanian Orthodox Church an anniversary issue dedicated to a leading hierarch: “Metropolitan-Primate Calinic Miclescu, 200 years since his birth”. The issue, with a postage stamp haing the face value of Lei 10.00, will be introduced into circulation on Tuesday, April 5th. The images reproduced on stamp and on the First Day Cover of the issue present Calinic Miclescu in the representative dress of the high hierarchs of the Romanian Orthodox Church.

The issue stamps includes a minisheet of 5 stamps + 1 label, sheet of 32 stamps and a „first day cover”.

On April 11th, 1876, as a senator in law, at the suggestion of I.C. Brătianu, he was elected president of the Senate. Five years later, on March 14th, 1881, the Senate voted for the Law by which Romania became a Kingdom, and Carol I the first king of Romania.

Deceased on August 14th, 1886 in Bucharest, the first abbot of the Romanian Autocephalous Church was buried at Neamt Monastery. Maruca Cantacuzino-Enescu writes in her memoirs: “half of Moldavia took in a carriage, in a cart and on foot, in his last parade on earth, the elegant, magnificent, Most Holy Calinic Miclescu”.

Romfilatelia thanks His Beatitude Patriarch Daniel for the High Resolution and blessing, as well as the Metropolitan Church of Moldavia and Bukovina for the documentary support provided for the development of this postage stamps issue.

All images used to the development of the postage stamps issue, Metropolitan-Primate Calinic Miclescu, 200 years since his birth, for which Romfilatelia brings thanks, were provided by the Culture, Painting and Restoration Division of the Patriarchal Administration, with the mention that the picture illustrated on the stamp belongs to the Patrimony of the Patriarchal Residence, and the other photographs belong to the collection of the Library of the Holy Synod.

The philatelic issue will be available starting Tuesday,05th of April, in Romfilatelia’s shops network in Bucharest, Bacau, Brasov, Cluj-Napoca, Iasi and Timisoara and online on https://romfilatelia.ro/store/. 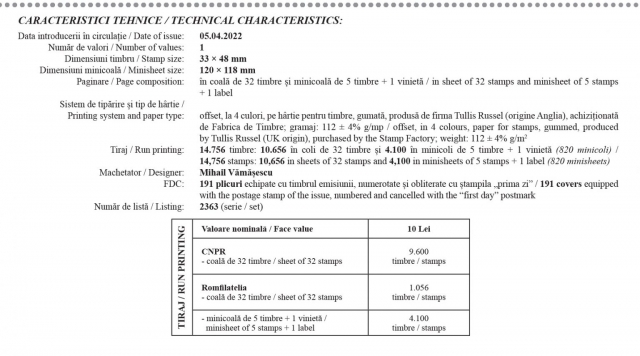 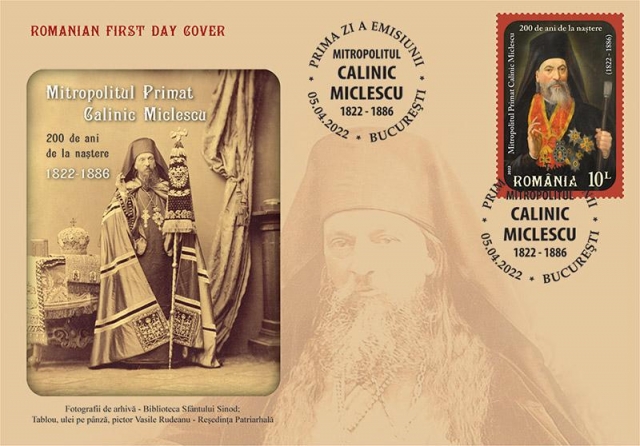 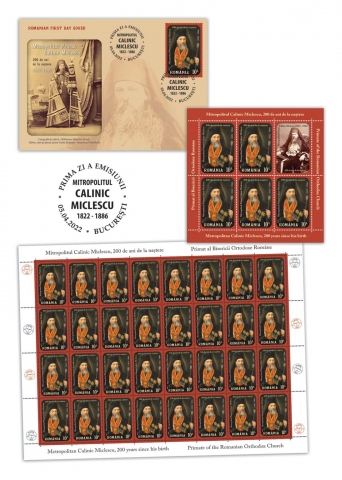 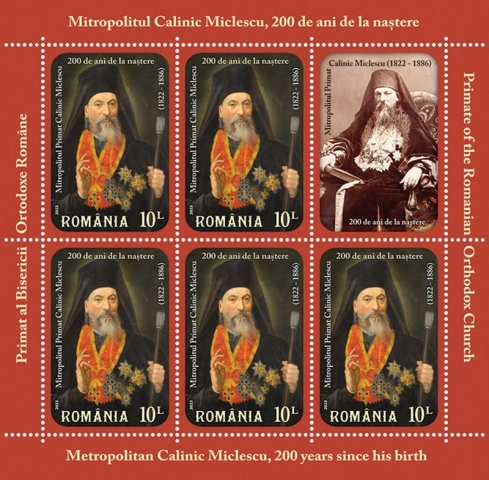 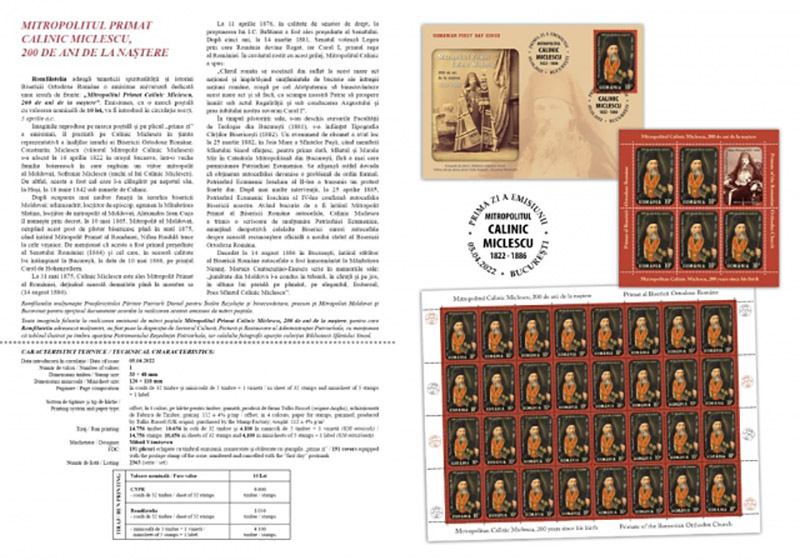 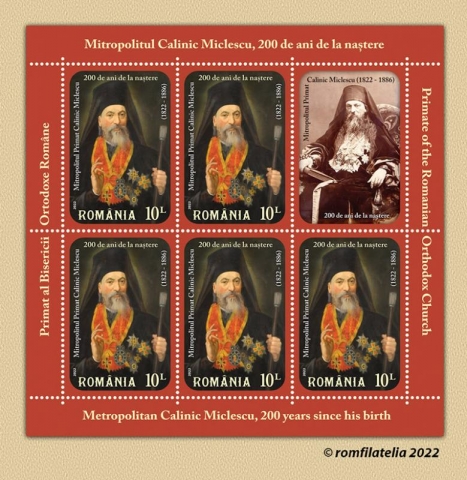 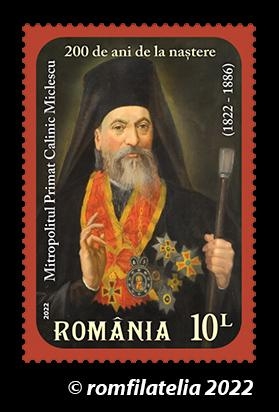 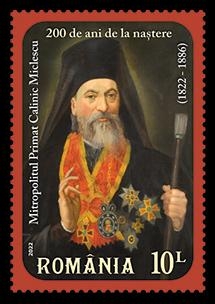