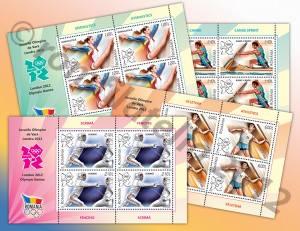 The mascot of the Olympic Games is Wenlock. Its creation is based on a story of a drop of molten iron that is polished after hardening by a grandfather for his grandchildren. Wenlock was introduced to the public on 19 May 2010.

It is anticipated that about 10,000 athletes from more than 200 countries will participate at the Olympic Games.

Competitions will take place in 30 different venues, including Wembley Stadium and Arena and the O2 Arena.

By harmoniously combining the connection between graphic beauty and nobleness of sports, the postage stamps of the issues (illustrating sports and disciplines such as gymnastics, canoe sprint, fencing and athletics) are intended to be an artistic representation of the essence and spirit of the Olympic Games as they are perceived by the sports fans from everywhere and at the same time by the emblem of the 2012 Olympic Games they wish to remind us of London, the host city of the Games.

We kindly thank the International Olympic Committee (IOC) and the Romanian Olympic and Sports Committee (COSR) for their support and the documentary assistance granted in the accomplishment of this postage stamps issue. 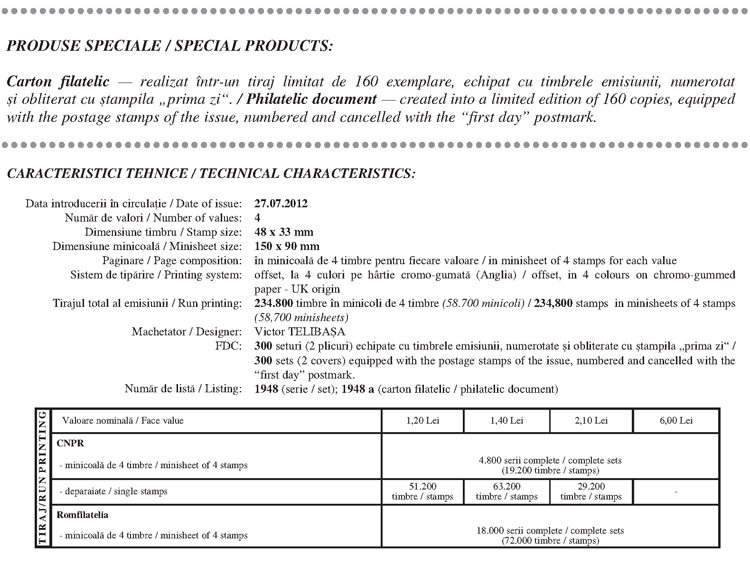