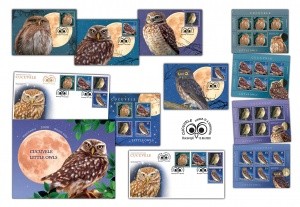 Romfilatelia proposes to collectors a new philatelic topic dedicated to Fauna, through the postage stamps issue Little Owls, which will enter into circulationon Wednesday, August 12th, 2020.

On the stamp with the face value of Lei 1.90 is illustrated Glaucidium passerinum (Linnaeus, 1758) – Eurasian Pygmy-owl, which belongs to the Strigidae family, being the smallest species of this family, only the size of a starling. The plumage is brownish, with fine white spots and stripes. The eyebrow is white and short. Preferred habitats are represented by spruce forests in mountainous areas, not necessarily dense, but also by mixed forests. It nests in hollows and, especially, in nests left by woodpeckers.

Athene noctua (Scopoli, 1769) – Little Owl is represented on the stamp with the face value of Lei 3.30. It is one of the most common species of nocturnal birds of prey, also found in Romania, especially near human settlements, but also quite frequently in natural habitats.

It is widespread in central and southern Europe, where it occupies areas with forests, muddy banks where it can find shelter, rocks with open areas in the vicinity etc.

They are monogamous birds and nest in colonies. The breeding habitat is represented by open pastures such as prairies, but they also adapt well to man-made areas such as airports, golf courses, agricultural lands, parks, farms, etc.

The philatelic folder is created into a limited edition of 203 pieces and is equipped with the block of the issue (containing four partially perforated stamps, with graphics in silver foiling), as well the First Day Cover with the “first day” postmark clearly imprinted, with gold foiling. Each element is numbered from 001 to 203.

The postage stamps issue Little owls will be available on Wednesday, August 12th  2020, in Romfilatelia’s shops network in Bucharest, Bacau, Brasov, Cluj-Napoca, Iasi and Timisoara and online on https://romfilatelia.ro/store/. The postage stamps issue is completed by the First Day Cover, in sheet of 28 stamps, minisheet of 5 stamps + 1 label and block of 4 partially perforated stamps. 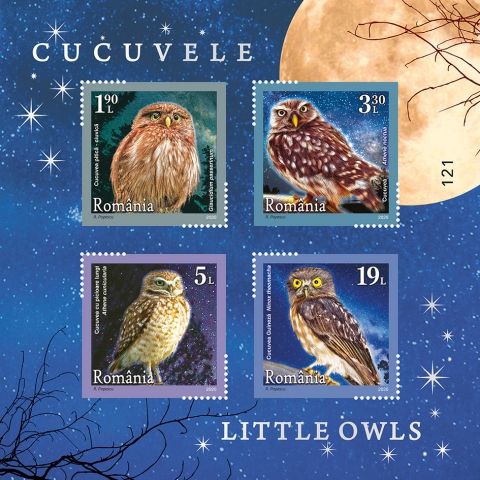 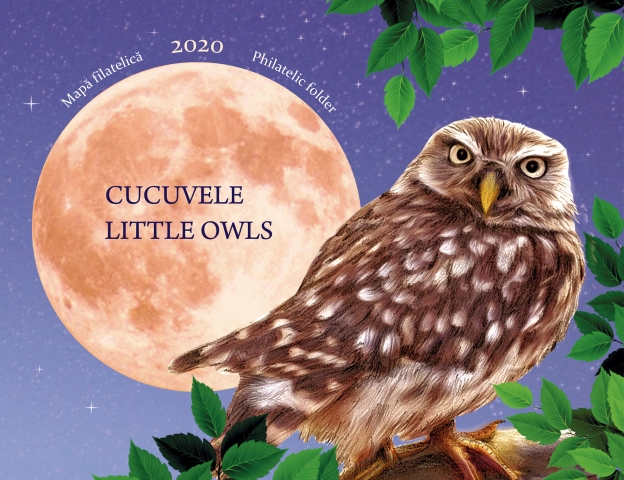 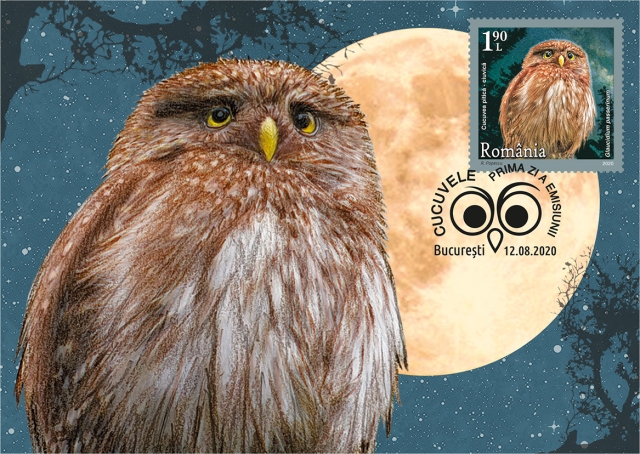 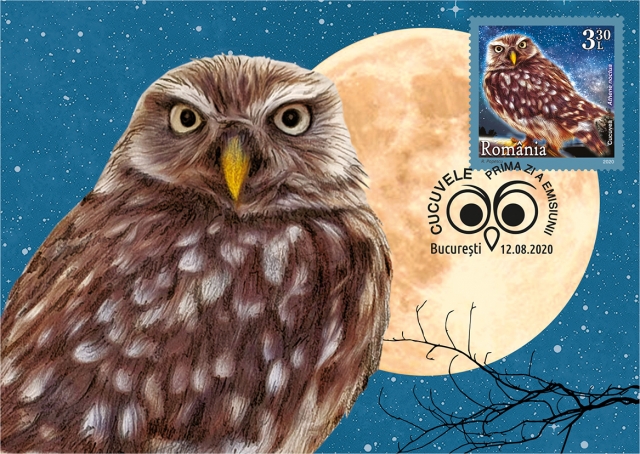 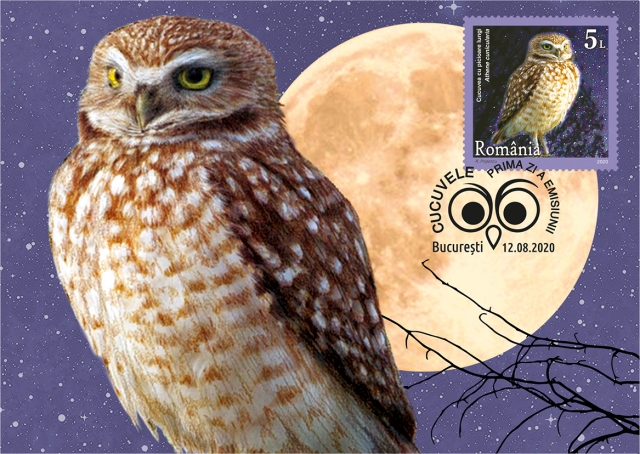 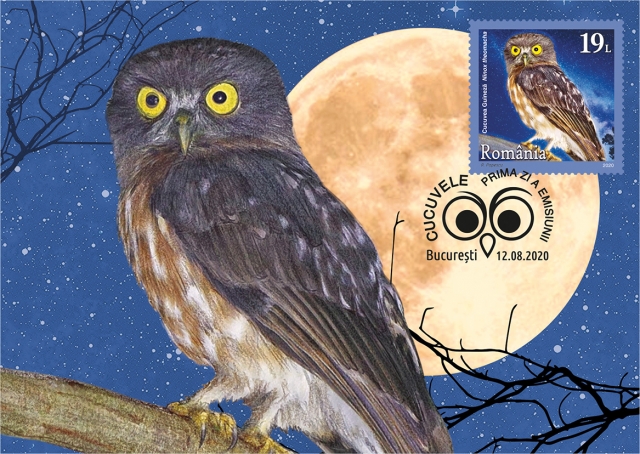 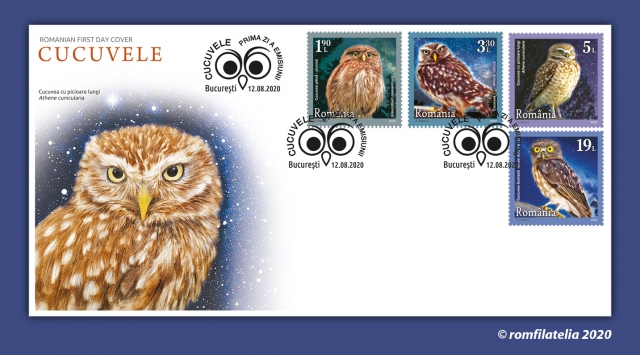 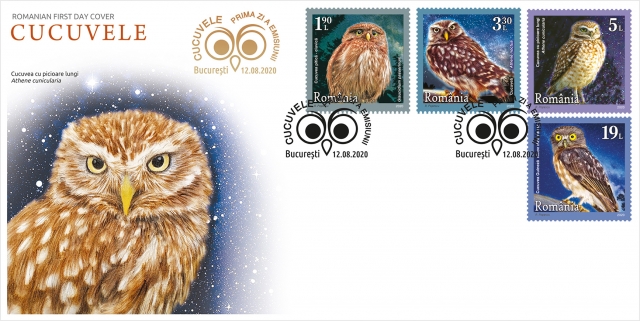 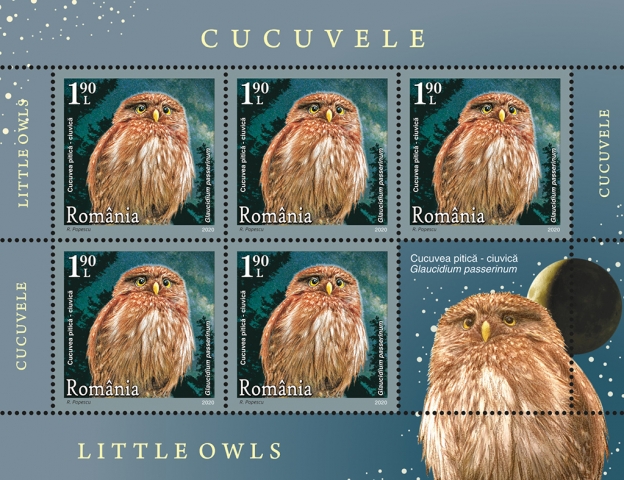 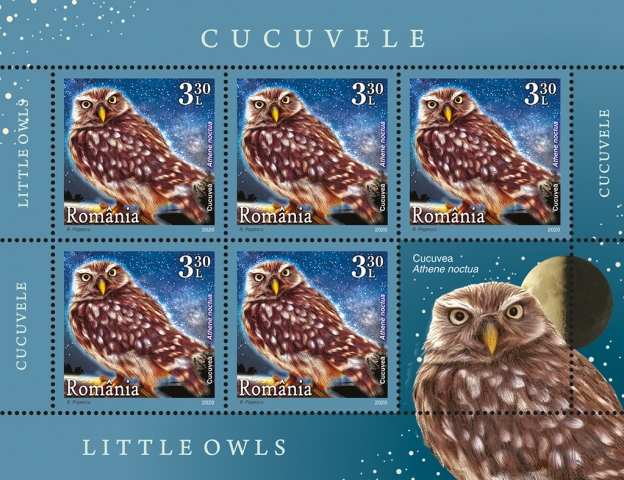 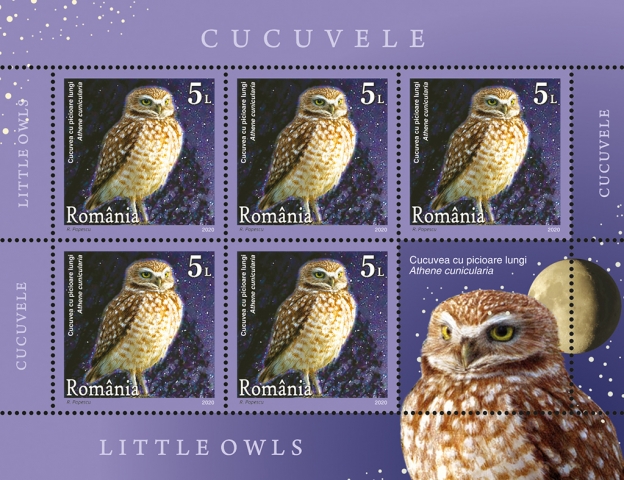 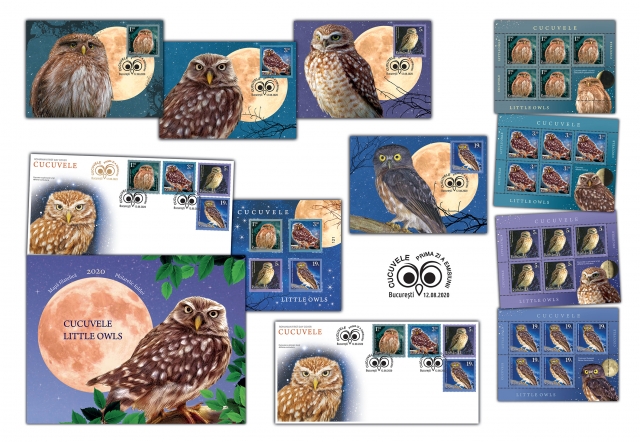 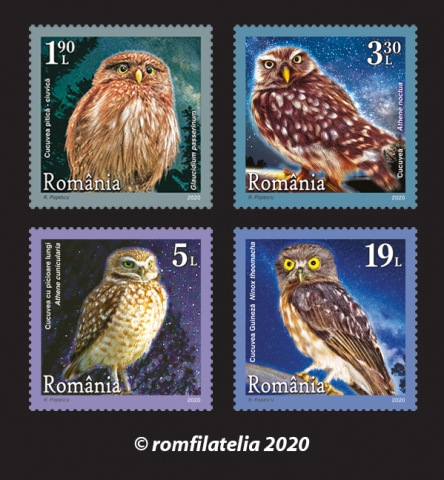 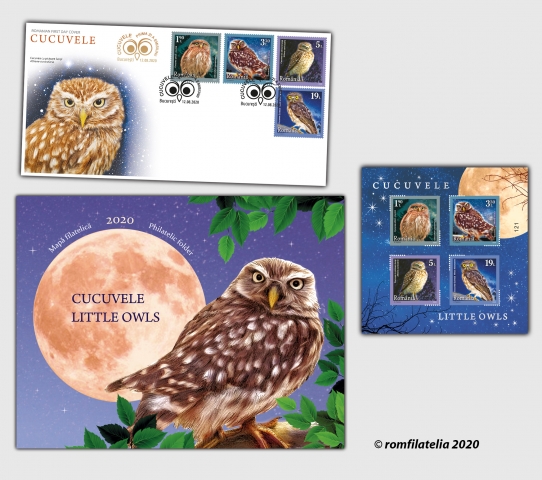 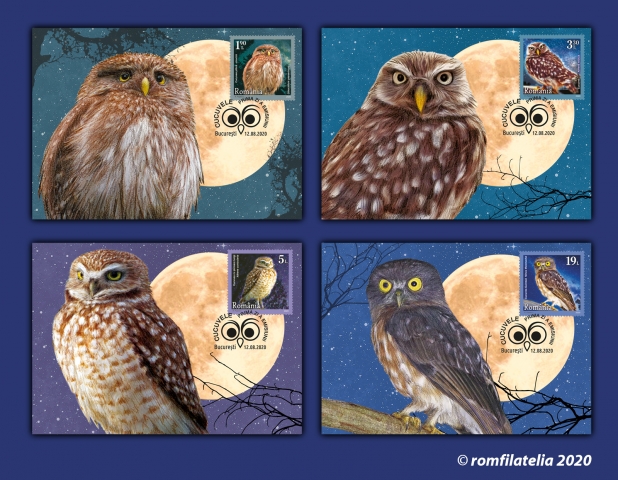 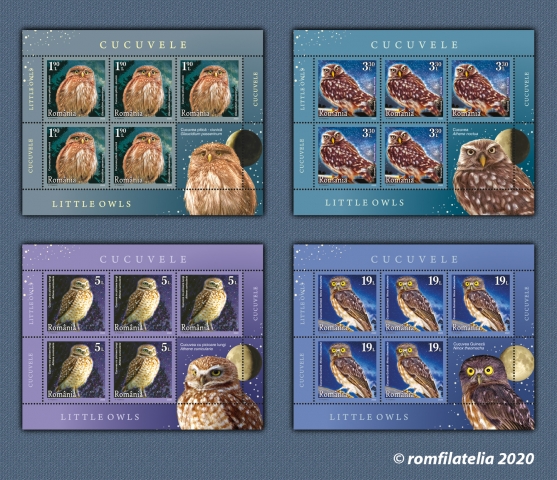 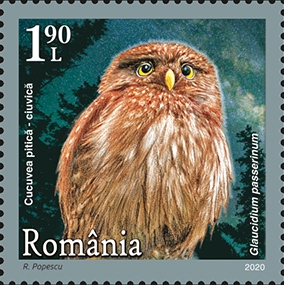 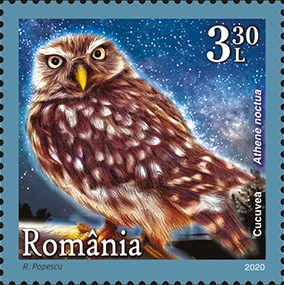 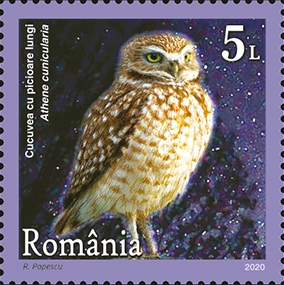 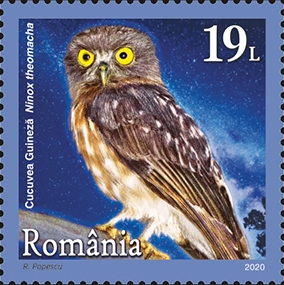 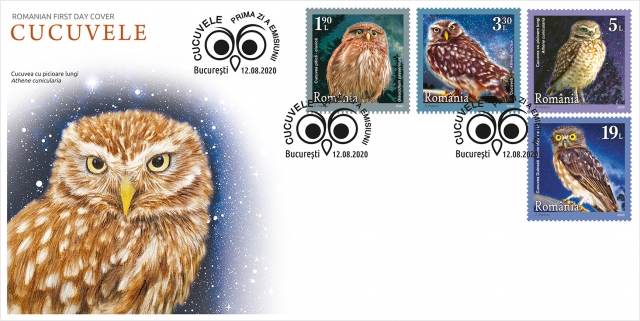