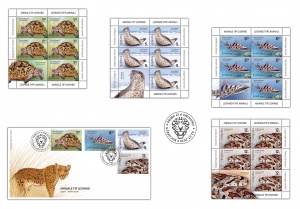 The physical appearance of the leopard-type animals is due to colour disaggregation, a widely spread form of camouflage encountered in many groups of animals, from invertebrates up to vertebrates. It relies on the glow of lights, colours and the extremely varied patterns leading to the loss of the body’s contour line, thus allowing the animals to hide in the environment. Their body loses its contour and makes integral part of the environment reducing its visual detectability. The main condition is that the animal should not move after it has found its most advantageous position. This camouflage colour is encountered both in predators and other groups of animals. Each of them tries not to be seen: the predator tries to get as close to the victim as possible without being seen in order to launch an attack while the pray tries to melt into the environment and disappear before the predator.

The Leopard-tortoise – Stigmochelys pardalis (Bell, 1828) is depicted on the stamp with the face value of Lei 1.90. This is big size tortoise spread in the savannas of Eastern and Southern Africa, from Sudan up to the south part of the Cape. This is the only representative of the Stigmochelys genus, but in the past it was usually classified under the Geochelone genus. This is an herbivorous tortoise which prefers the semi-arid habitats with thorny vegetation. In very hot or very cold weather they may live in abandoned fox, jackal holes or in the holes of other mammals. Leopard-tortoises do not dig other than to make nests to lay eggs. Given their preference for grassland habitats, this species is encountered in a wide variety of habitats with mixed vegetation, and also with succulent plants and thistles.

This is an animal with a remarkable longevity, the leopard-tortoise reaching sexual maturity at ages between 12 and 15.

They have numerous predators of their eggs and hatchlings among which lizards, snakes, jackals and crows. Adults have few natural predators but cases of attacks from lions and hyenas have been reported occasionally.

The Leopard-seal – Hydrurga leptonyx (Blainville, 1820) is illustrated on the stamp with the face value of Lei 5. This is a species widely spread in the polar and sub-polar waters of the Southern Hemisphere, from Antarctica up north, up to the water of the temperate areas. The largest agglomerations of leopard-seals are encountered on icecaps but they also climb up the floating glaciers and come out on the sandy or rocky beaches. When they come out on the icecap or shore, they spend most of their time sleeping.

Their fur is silvery up to dark grey on their back; the fur becomes lighter on the sides of their body and on their neck right under their eyes, and yellowish-light grey on their belly.

Their upper lip is notched and is rosy-gray in colour. All over their body there are spots arranged in an irregular manner, and these are larger on the sides and belly. Cubs too have this kind of spots, but these are less obvious, due to the thick fur.

They have got a hydrodynamic body and their limbs have turned into fins. They are mainly carnivorous mammals, and secondly marine ones, which live their lives both in water and on land. They hunt almost underwater, but they rest, give birth and feed their cubs on land or on icecaps. As fast as may seem underwater, seals are very clumsy on land and ice. In water they reach speeds of 25-30 km/hour and they can go submerge down to 300 m. They can stay underwater without breathing up to 20 minutes. Then they consume 5 times less oxygen than when they are on water surface. To maintain their body temperature (37°C) and to avoid heat losses, seals have adapted through a lower surface/volume ratio, a very fast metabolism, and a thick layer of fat beneath their skin. Moreover, they can reduce heat loss through their skin by diminishing the quantity of blood supplying it.

Their food consists mainly in penguins, but it differs according to season and the region where they are. Apart from penguins, they also eat fish, octopuses, the cubs of other seal species, etc.

The Leopard-shark – Triakis semifasciata Girard, 1855 is represented on the stamp with the face value of Lei 8.50. This shark species belongs to Triakidae family, and lives along the Pacific coast, from North America, in the American state of Oregon up to Mazatlán in Mexico. It is 1.2-1.5 m long, and it is a shark with a slender body easy to identify due to the striking pattern of big spots on its back from which its name derives.

Large groups of leopard-sharks usally may be seen in bays and estuaries, swimming on sandy or muddy flats or in areas with reefs. They may be seen near the coastline in water less than 4 m deep.

Active predators, the groups of leopard-sharks mainly feed on clams, sea worms, crabs, shrimps, fish and other marine animals. Most leopard-sharks tend to stay in a certain area rather than making long movements to other areas, what led to genetic divergence between the shark populations living in different regions. This species is aplacental viviparous. From March to June, the female shark gives birth to as many as 37 young, after a gestational period of 10-12 months. They grow up relatively slowly and reach maturity after a couple of years.

This species of shark is harmless to people, and it is often fished for commercial or recreational purposes as well as for aquariums.

The Leopard–snake – Zamenis situla (Linnaeus, 1758) is rendered on the stamp with the face value of Lei 12. It belongs to Colubridae family, and it is a non-venomous species endemic to Europe, Asia Minor and Caucasus. It has got a grey or tan colour with a series of reddish or brown dorsal transversal blotches with black borders. On each side there is a series of other black smaller blotches alternating with the dorsal ones. It has got a dark Y-shaped marking on its head and nape, a dark crescent-shaped band from eye to eye above the frontals and another one from behind the eye diagonally to the corner of its mouth. The belly is black and white or almost entirely black. Adults can be 90 cm long, the tail measuring up to 16 cm.

The Leopard – Panthera pardus (Linnaeus, 1758) is represented on the First Day Cover. It lives in the most diverse biotopes from Africa and Asia, and it may be encountered in the equatorial forests and also in dessert, rocky areas or with thorny vegetation. It can climb up to 4,500 m altitude.

Its fur consists in short, thin and soft hairs in the hot areas, and in longer hairs in the cold regions. Its colour is grey-yellowish or it alternates with the gray-brownish colour on the back and on this background we may see 2-4 rosettes of dark colour with even darker borders. Its chest, abdomen and upper parts of the limbs are gray-whitish or white-yellowish. The blotches on the chest tend to unite and form transversal stripes. The blotches on the tail are similar to the stripes, but the tip of its tail is always black. Its colours are extremely various going up to black, and these melanistic individuals are known as black panthers.

Leopards usually live in rocky regions and they shelter in caves or among cliffs while they built their beds in the thick vegetation in the forest regions. They are solitary animals but occasionally they may get together in groups of 4-6 individuals, especially in the breeding period. Their individual territory measures 1 to 10 km2. They are active both during the day and at night. They practically feed on all sorts of mammals, including antelopes, lion cubs, gorillas, chimpanzees, baboons and also birds, snakes, crabs, etc. They may live up to 20 years. Although they may kill domestic animals too, leopards are useful mammals as they control the breeding of baboons which might cause significant damages to crops. 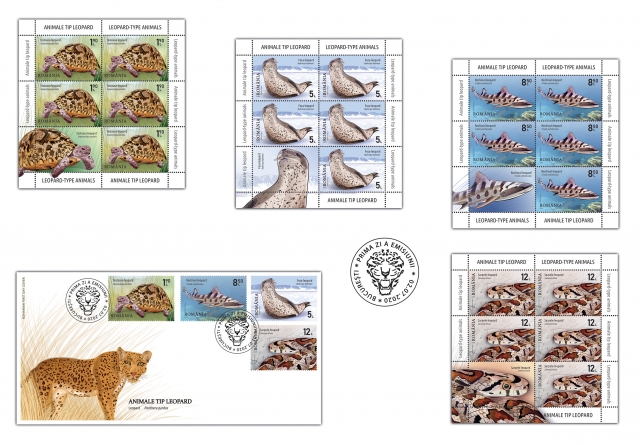 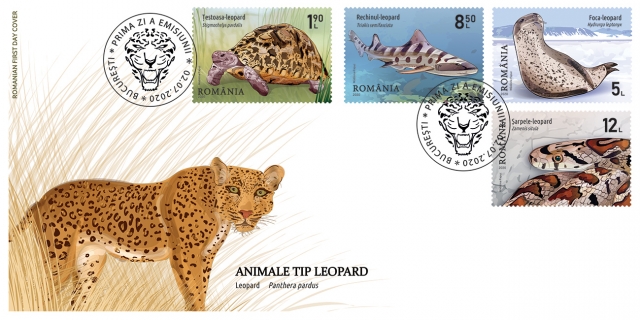 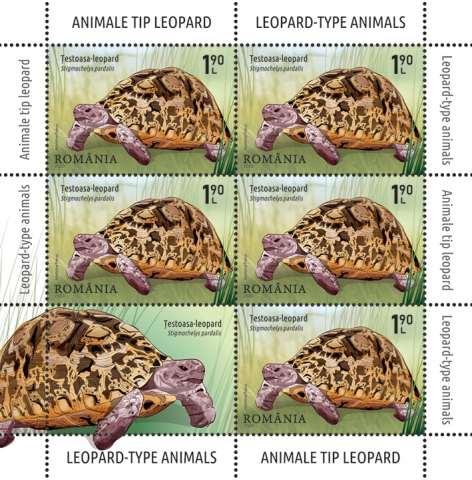 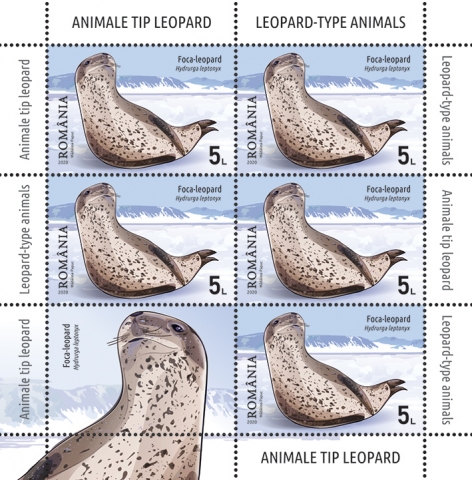 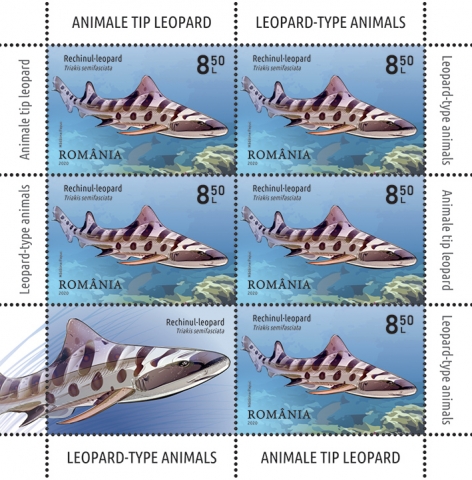 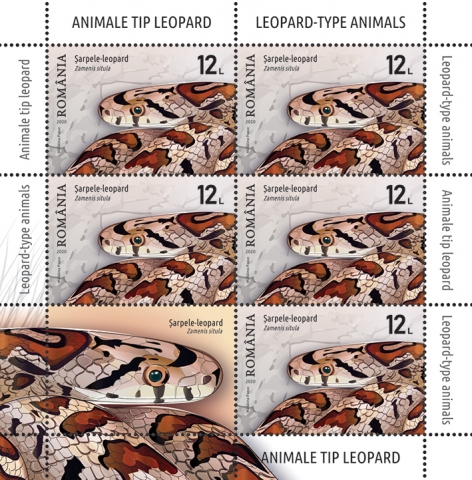 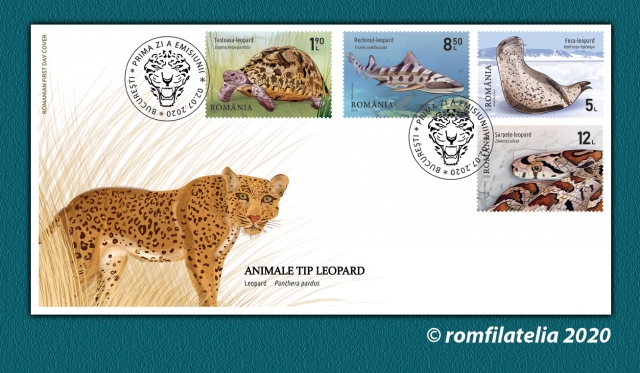 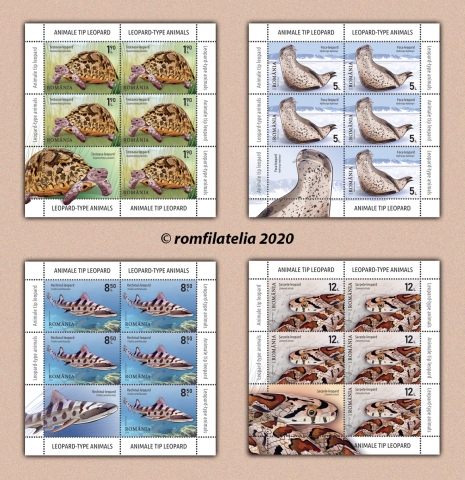 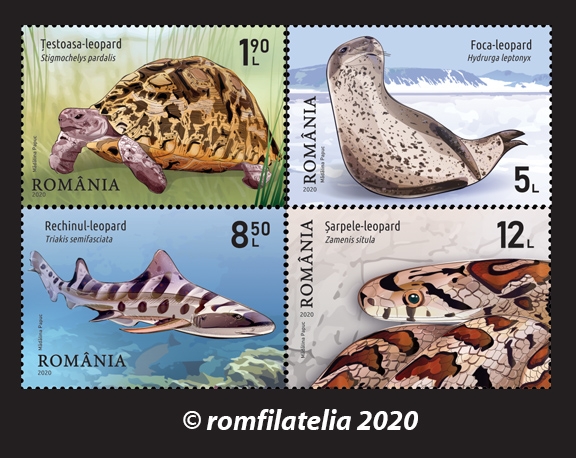 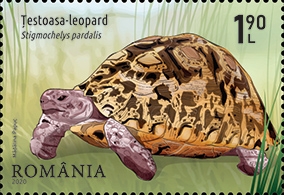 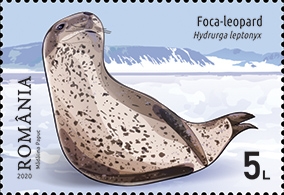 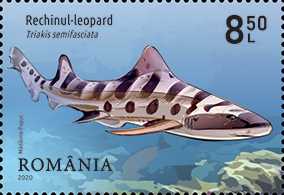 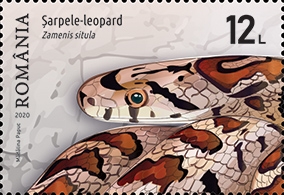