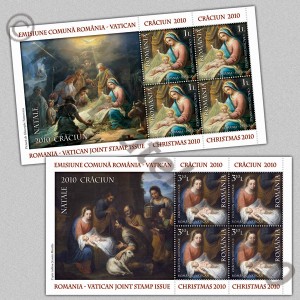 This year marks 90 years since, in 1920, at Vatican request, the first discussions with the Romanian state took place in order to conclude a Concordat.

In the summer of the same year, Dimitrie C. Penescu became the first extraordinary emissary and plenipotentiary minister of Romania who presented his letters of credence to the Holy See.

The Concordat with Vatican was signed in 1927 and came into force in 1929, thus permitting the reorganisation of the Latin Rite Catholic Church on Romanian territory and also guaranteeing the believers the right to express religious freedom, as acknowledged by the 1923 Constitution for the Orthodox and the Greek-Catholics.

Starting with 1938, the Legacy of Romania was raised to the degree of Embassy for two years. After the political changes in Romania, in 1950, the diplomatic relationships with Vatican were interrupted.

Almost 40 years later, at the beginning of 1989, the Patriarch of the Romanian Orthodox Church, Teoctist, on the way to India met Pope John Paul II on an unofficial occasion. The following year, starting with May 15th, the diplomatic relationships between Romania and Vatican were resumed.

In 1999, between 7th and 9th of May, took place the first visit (after the Great Schism from Nicaea – 1054) of a Pope of Rome in a country where the Orthodox religion prevails. This visit aimed to a greater closeness and cooperation between the two Christian churches, called to announce together God’s love for the world.

It has to be pointed out that starting with January 1998, Romania returned to the old tradition through which the Apostolic Nuncio in Bucharest becomes the dean of the diplomatic corps.

“The Birth of Our Lord” painted by Gheorghe Tattarescu, image proposed by Romania, is represented on the postage stamp with the face value of RON 1.00 and belongs to the patrimony of Metropolitan Cathedral  in Iasi, a monumental building whose architecture is inspired by late forms of Italian Renaissance.

Gheorghe Tattarescu (1820-1894), a pioneer of Neoclassicism in the Romanian painting, studied at the Academy of Saint Luke in Rome between 1845-1851. A large part of his artistic activity was dedicated to religious art, conceived in a personal style influenced by the Italian Academic art and partially by the traditional Byzantine iconography.

We warmly thank to the Metropolitan See of Moldova and Bucovina, to His Holiness Teofan and Metropolitan Cathedral in Iasi for the documentary support granted in accomplishing this postage stamps issue. 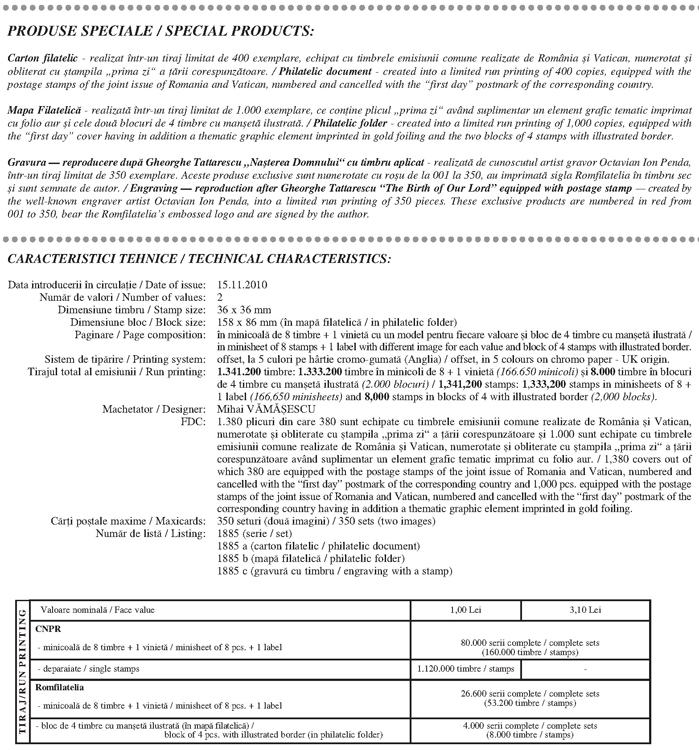