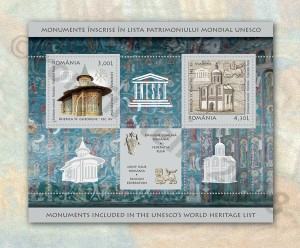 We hereby wish to express our gratitude to UNESCO – Romania for all their support provided for the releasing of the postage stamps issue.