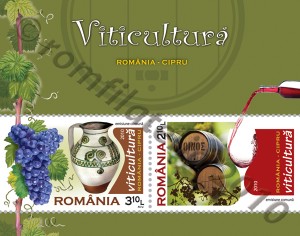 In order to mark this event, Romfilatelia introduces into circulation the joint stamp issue Romania – Cyprus on “Viticulture” theme.

A series of cultural events and exhibitions take place in both capitals – Bucharest and Nicosia, through which the stability of the relationships between the two countries and the solidity of the ancient bonds between Romania and Cyprus are emphasized.

Starting with the 16th century, Cypriot scholars have settled temporarily or permanently both in Wallachia and in Moldavia, enjoying a generous hospitality.

One of them was the monk Luca the Cypriot who founded a calligraphy school in Wallachia, becoming afterwards Bishop of Buzau between 1583 and 1604. His rise continued, becoming Metropolitan of Ungrovlahia in 1605, position hold until 1629.

Markos Porfyropoulos is another Cypriot scholar who became renowned in the cultural circles in Bucharest. He ran the Princely Academy of Bucharest between 1702 and 1719, where he taught philosophy, philology, astronomy and nature sciences.

The future Archbishop of Cyprus, deacon Kyprianos, spent almost 10 years in Iasi, where he studied at Princely Academy, also holding the position of parson of the Academic Church between 1793 and 1795.

Returned to Cyprus, he founded in 1812 the Greek School in Nicosia based on the model of the Princely Academy of Iasi. He became Archbishop of Cyprus between 1810 and 1821.

Over time, good relations continued, thus a series of lords of the Romanian lands, among which we can mention Constantin Mavrocordat, Constantin Racovita, Matei and Grigore Ghica, Mihai Sutu, Alexandru Moruzi, Ioan Voda Caragea or Alexandru Ipsilanti made significant donations to the Cypriote monasteries of Kykkos, Machairas and St. Elias.

Choosing this theme for the joint stamp issue is not random as the cultivation of vine had been an occupation that dates back to ancient times both on the territory of present-day Romania and of Cyprus.

“The ancient homeland of the Getae-Dacians, Thrace – the Romanian historian A.D. Xenopol writes – was a wine-producing region, reason enough to consider it the birth place of the wine god – Dionysus.” A similar affirmation was made at the beginning  of the last century (1908), by the French historian Raymond Billiard, who wrote: “Out of all the regions of Europe, Thrace was probably the oldest and the most respected for its wines but also the one which kept its prestige for a longer period of time”.

Numerous archaeological discoveries attest the cultivation of vine on the Romanian territory ever since the Neolithic, and the words strugure [grape] and butuc [grape vine] are inherited from the Dacians.

Herodot, Platon and Homer are just a few names of the antiquity that wrote about Thracians as being great cultivators of vine.

The oldest variety of wine in Romania is the one known today under the name of Murfatlar, produced in the region bearing the same name even from the Thracians times, this wine being the object of commercial exchanges between Thracians and Greeks.

On the Cyprus Island, considered to be the Aphrodite’s Island, the cultivation of vine dates back about 3500 years ago.

The most renowned wine in Cyprus, called Commandaria, is considered to be the oldest in the world, a sweet wine that has kept its production secrets up to now. 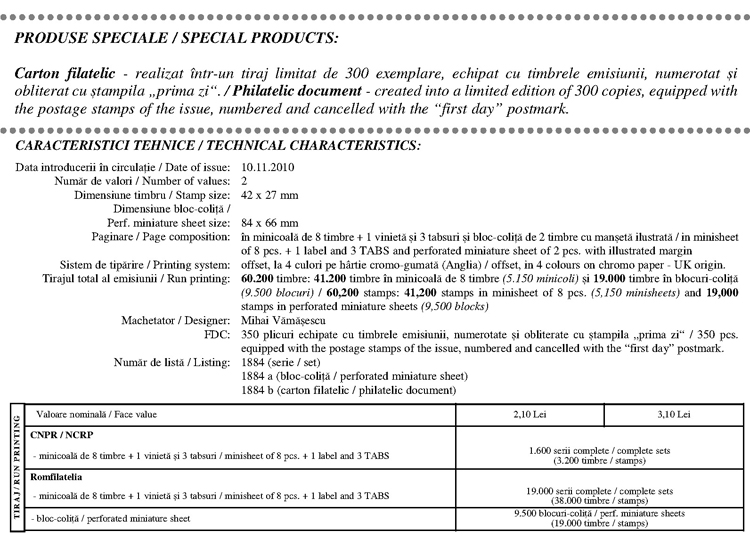