Romfilatelia introduces into circulation on Friday, July 2nd this year, the postage stamps issue Ion D. Berindei, 150 years since birth, dedicated to one of the great architects of Romania, author of some buildings that still represent true ornaments of the built heritage of our country.

Son of the architect Dimitrie Berindey (1831-1884), Ion D. Berindei (Berindey) (1871-1928) graduated from the School of Fine Arts in Paris in 1897. Returning to Romania, he designed, during his 30-year career, an impressive number of monumental buildings, for public use or private residences. His creation combines elements of Beaux-Arts eclecticism, romanticism, neo-Rococo, with neo-Romanian tendencies and modern elements of 1900 conception, both in the overall composition and in solving the richly represented decoration.

Of the over 60 works made by Ion D. Berindei, 29 are historical monuments, which proves that the architecture he created still enjoys appreciation nowadays, being on a prominent place in the history of modern architecture in Romania.

On the stamps of the issue are illustrated four representative works of Ion. D. Berindei in the Romanian capital.

On the stamp with the face value of Lei 2 is represented the Assan House, today the House of Scientists (9, Lahovari Square). The building was built in 1904, by Ion D. Berindei for George G. Assan (son of the industrialist George Assan, brother of Bazil G. Assan, industrialist, president of the Chamber of Commerce). It is remarkable for the refined lavishness of the exterior and interior decoration, with Art Nouveau elements. The building entered the patrimony of the Romanian Academy and in 1945 it became the House of Scientists.

On the stamp with the face value of Lei 7 is represented Titulescu House in Bucharest, today the headquarters of the Titulescu European Foundation (47, Kiseleff Road). The house was built for the great Romanian diplomat Nicolae Titulescu, who lived here between 1912 and 1937. A significant element is the monumental loggia, which, with its double colonnade, reminds of the French Petit Trianon palace.

The stamp with the face value of Lei 9 shows the Cantacuzino Palace in Bucharest, today the headquarters of “George Enescu” National Museum (141, Calea Victoriei).

Ion D. Berindei built this imposing building in the years 1901-1906, for Gheorghe Grigore Cantacuzino, nicknamed “Nababul” („The Nabob”), leader of the Conservative Party, former prime minister. Berindei’s collaboration with some famous artists of the time and suppliers of luxury goods resulted in an interior decoration of great richness and elegance.

On the First Day Cover of the issue, a collage of images was designed: a detail of the facade of the Cantacuzino Palace in Bucharest, a vintage photograph depicting the architect Ion. D. Berindei in the middle of a group of collaborators, the Palace of Culture in Iasi and the Hippodrome in Baneasa.

The magnificent Palace of Culture in Iasi, built between 1906 and 1925, is a true edifice-symbol of the city. It has 298 rooms, with an area of approximately 36,000 m2, and is today the headquarters of the “Moldova” National Museum Complex.

The Hippodrome in Baneasa, designed after the model of some French racecourses, occupied an area of 62 ha in the north of Bucharest and was considered one of the most beautiful racecourses in Europe. It was demolished by the communist authorities, in 1952 and 1960, on this place being built Casa Scanteii („House of the Spark” – today the House of the Free Press) and the Exhibition Complex (ROMEXPO).

Romfilatelia thanks the Romanian Academy, the Library of the Romanian Academy, University Lecturer Mrs. Sidonia Teodorescu, Ph.D., the National Institute of Heritage, “George Enescu” National Museum, the Museum of Bucharest and Titulescu European Foundation, for the documentary and photographic support offered for the development of this postage stamps issue.

The postage stamps issue Ion D. Berindei, 150 years since birth  will be available on Friday,  July 2nd 2021, in Romfilatelia’s shops network in Bucharest, Bacau, Brasov, Cluj-Napoca, Iasi and Timisoara and online on https://romfilatelia.ro/store/. 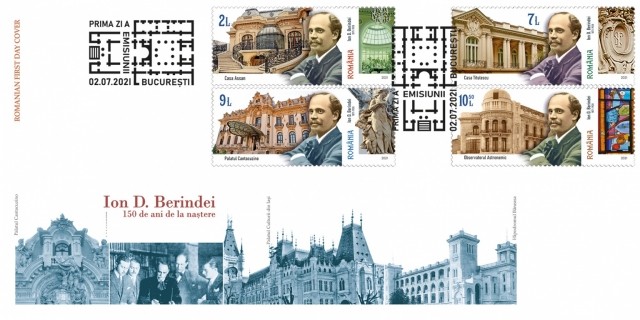 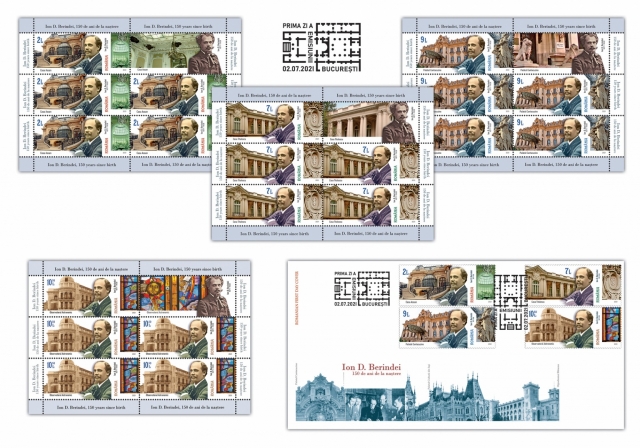 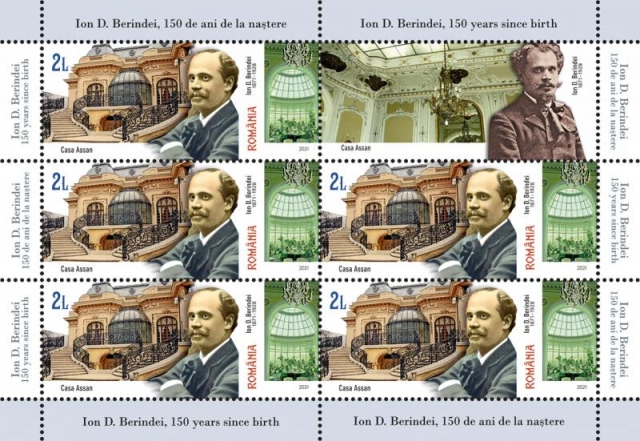 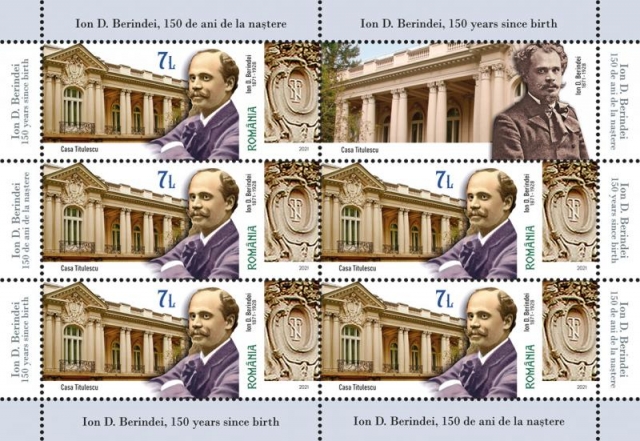 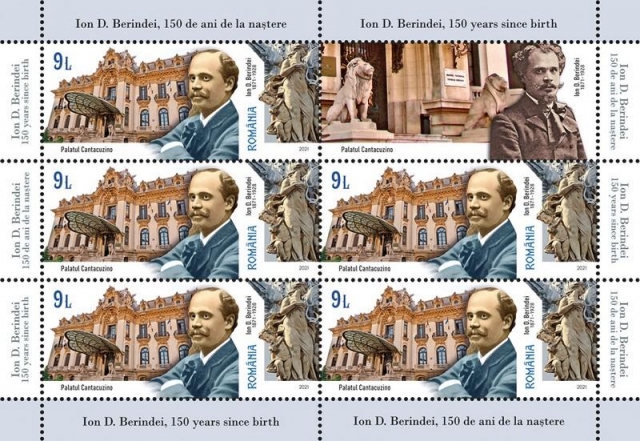 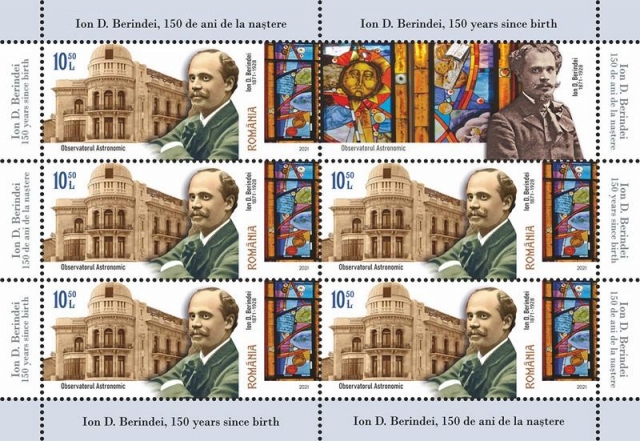