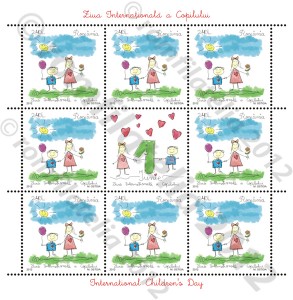 Children’s Day was mentioned for the first time in Geneva at the World Conference on Children’s Protection and Welfare, in August 1925, where 54 representatives of different countries adopted the Child Protection Declaration. After this conference, many governments declared the “Children’s Day” as a holiday.

In 1954, the United Nations International Children’s Emergencies Fund (UNICEF) issued a recommendation providing that each state should establish the so-called “Universal Children’s Day”.

In Romania, the International Children’s Day is celebrated on 1st of June, on which occasion, this year, Romfilatelia introduces into circulation the postage stamps issue dedicated to this event.

…from the thoughts of an innocent child…

If I could celebrate 1st of June again, I would enjoy life, the smile of the children around me, their laughter and play in the park. I miss the little buckets full of sand to build sandcastles or strange animals shapes. I would swing and go down the slides which once did not even exist.

I would like to hold again the hand of my grandparents and listen to their advices. I would go to the kindergarten to make friends and to play with colourful sticks or to build castles from wooden blocks.

I would like the nursery school teacher to teach us how to recite poems, to sing or to count.

I miss to be mischievous again, to play the ball, “leap-frog” or “hide-and-seek”.

I would like to be a child and have today’s adult mind. I would enjoy changing the world, making it better for everyone to know that our smile will ever be the purest one in the world.

If I could celebrate 1st of June again, I would like to make the adults give up the wickedness, the desire of bringing sorrow in the world and to give us a small piece of their welfare so as not to forget that we are the future!

Your child, our children will be the children that will thank us for having guided them through life and for giving them the opportunity to be parents at their turn.

But 1st of June means something more, something we must not forget, namely this day may give us back the hope for a better future and that the smile of a child can change the world!

The illustration of the stamp is a memento of children’s magic universe, a universe that on the International Children’s Day matches the philatelic universe of stamps by promoting values such as the miracle of birth, love, purity, innocence and happiness of all children. 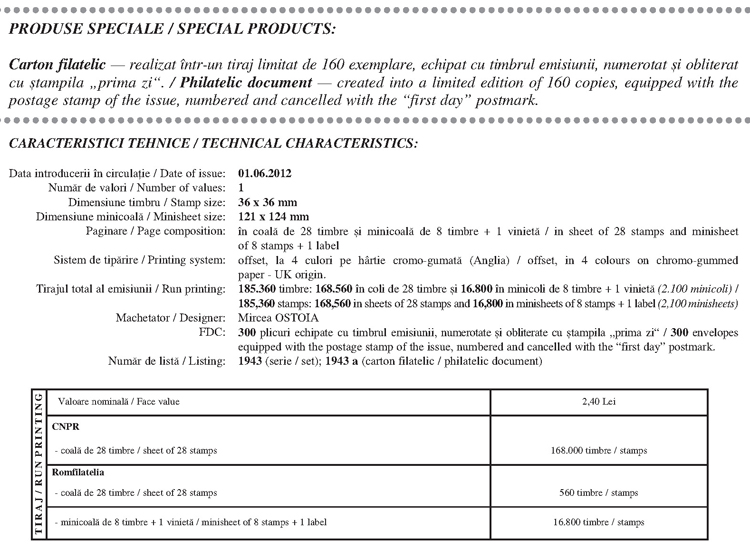