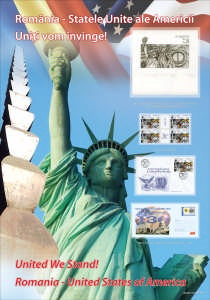 On Friday, July 1, 2016, took place the reception held by the Embassy of the United States of America in Romania on the occasion of the 240th anniversary of the Independence Day.

US Embassy court opened its doors in advance to mark the National Day, officially celebrated on July 4, and to receive many guests from high officials – H.E. Klaus Iohannis, the president of Romania, prime minister Dacian Ciolos, former heads of state, heads of political parties, government members, judges of the Constitutional Court, parliamentarians and presidential advisers, to representatives of the media.

H.E. Hans Klemm, the US ambassador in Romania, kicked off the official ceremony, delivering the first speech of the evening. “This evening, we have three reasons to celebrate” said the US diplomat, thus presenting the three key points of the anniversary reception: 240 years since the Declaration of Independence, signed by the Founding Fathers of America on July 4, 1776, the anniversary of a century since the establishment of the National Park Service of the US, which was the theme of the 2016 ceremony, and last but not least, “celebrating the US-Romania Strategic Partnership force and our ties as allies and friends.”

Following the American ambassador’s speech, Klaus Iohannis, the president of Romania, took the floor, quoting in his speech from Kenedy and Grigore Antipa: “I notice the inspired choice of the words of John F. Kennedy «We all breathe the same air» as motto of this year’s reception”, began the president, continuing later on: “I would also like to remember, in the context of the attention given to environmental protection and global concerns for climate change, of the visionary words belonging to the great Romanian naturalist scientist Grigore Antipa, who said that «man can control nature as long as he takes into account its laws».”

The guests were greeted with numerous brands and iconin products specific to the American culture, in a thematic party and an atmosphere successfully completed by the performance of the Music Representative Orchestra of the Romanian Army, by the presence of the American infantry, of sailors in ceremonial uniform, as well as by an impressive air show.

Romfilatelia joins the institutions congratulating the US on its anniversary and send the American people and its representatives the warmest wishes and thoughts, appreciating the example of a nation that makes its mission to defend freedom and democracy.

Romanian-US friendship relationships were also promoted in philately, the national stamp heritage consisting of numerous projects dedicated to the bilateral partnership of the two countries.

Since 1939, the Romanian postage stamp has been a friend of the US through the stamps issued during the New York International Exhibition.

Over time there have been various stamp projects that supported the good bilateral cooperation between the two countries: the postage stamp issue dedicated to the Bicentennial of the Independence of the USA in 1976, the project United we stand (2002) dedicated to the tragic event of September 11, 2001, and the most recent anniversary project, made in 2015 and dedicated to the celebration of 135 years of diplomatic relations between Romania and the United States of America.

These projects have resulted both in stamp issues and other philatelic elements such as the anniversary postal stationery 130 years of diplomatic relations Romania – USA (2010), or the philatelic exhibition panels under the title “Philately, a historical landmark in diplomacy”, consisting of stamps issued during 1939-2010.

The postage stamp, the Romanian ambassador present at major national and international events, will continue its mission of promoting both Romanian and universal values, enriching the national philatelic heritage with stamps recording important pages of history and culture, offering true lessons of identity and humanity to future generations.