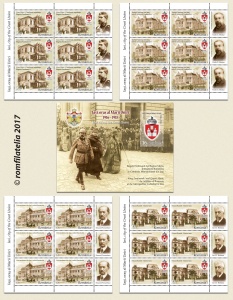 About Iasi one can write volumes, but the city remains a historical landmark of the enduring Romanian people through the special role it played in the period 1916 – 1918, when Southern Romania and the capital, Bucharest, came under German occupation. During that time, Iasi became the capital of Romania, the source of a permanent return to normal expectations and moreover, the achieving of an old ideal: Greater Romania with Northern Bukovina, Bessarabia and Transylvania within its borders.

Romfilatelia brings to the forefront the historical monuments of Iasi, which were, during hard times, silent witnesses to the activity of the Royal House, the Government, the Senate and the Romanian Parliament, all though the postage stamp issue “Iasi, city of the Great Union”.

Today, a century after Iasi enshrined itself as a historic landmark of Romania, we can safely affirm that in the old capital of Moldavia, began the process by which Greater Romania was accomplished, fully confirming that Iasi was the cradle of the Unions and the birthplace of Modern Romania.

The postage stamps of the issue reproduce the images of Iasi’s architectural monuments that were designed between 1916 and 1918, to ensure the good functioning of the Romanian Government and the requirements of the Royal House.  The Ghica – Comanesti House (the postage stamp with the face value of Lei 2.50) served as the residence of King Ferdinand I.

The National Theater in Iasi (the postage stamp with the face value of Lei 4.50) provided the space for the House of Representatives.

The University of Iasi (the postage stamp with the face value of Lei 8) was intended to ensure the Senate sessions. During the two years in which the Romanian Parliament held its sessions in Iasi, the first reformation laws of the country were passed: the agrarian law and the electoral law.

The stamp of the souvenir sheet, with a face value of Lei 16, reproduces the coat of arms of Iasi.  Summarizing the facts in Iasi, which became the capital of Romania, Academician Ion Simionescu defines the Moldovan city: “Like a good elder, Iasi is waiting, always waiting for a better fate. Having seen it all, good days and bad days, it remained closed in itself. It does not know hatred towards those whom it lifted up and then forget him. Instead he always lovingly receives those who come to him. It has a glorious past. It is fitting that its future be the same.”

Romfilatelia thanks the Romanian Parliament for the documentary support granted in the creation of this postage stamp issue. We would also like to thank Mr. Nicolae-Sorin Margarit for the photographic given support. 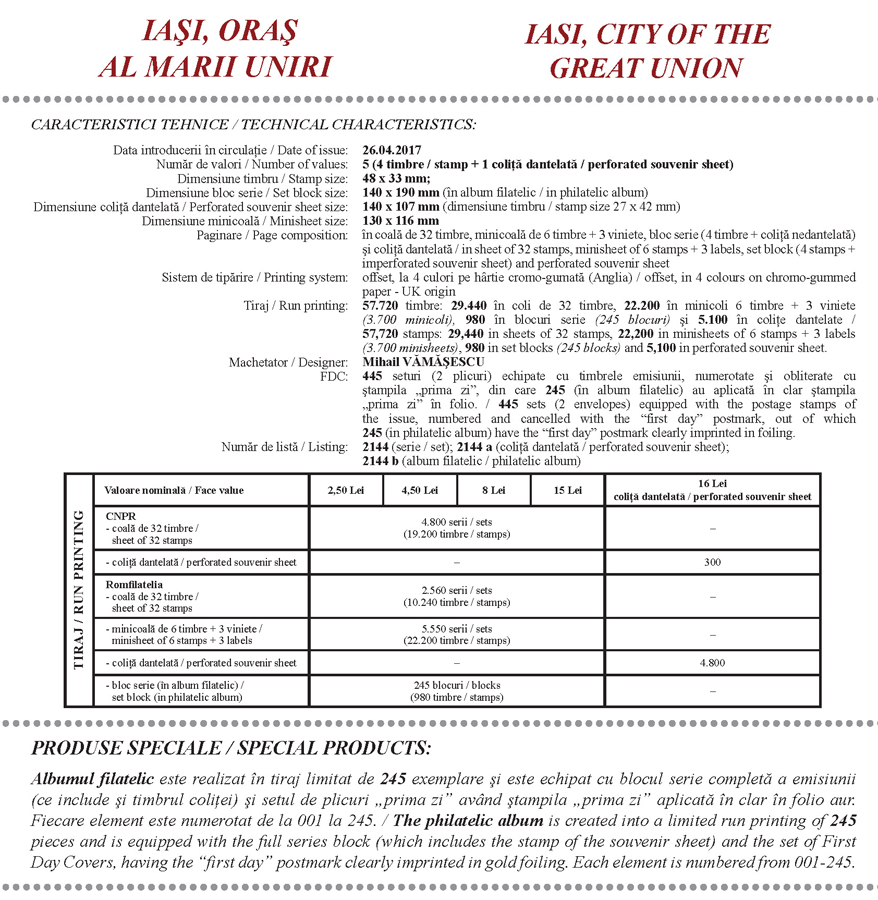