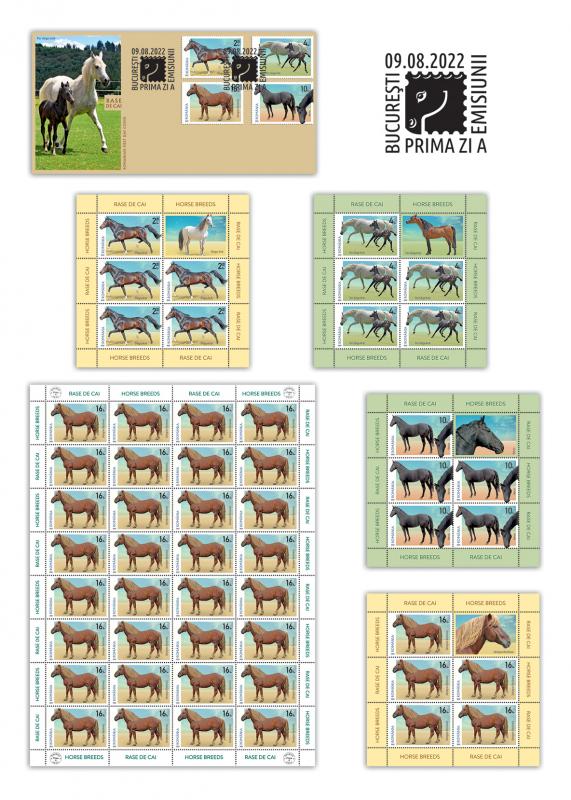 Coming to the support of stamps collectors and horse lovers, Romfilatelia has included in the current Editorial Plan, the postage stamps issue Horse Breeds.

The issue, consisting of four postage stamps and a First Day Cover, will be put into circulation on Tuesday, August 9th this year.

The following horse breeds are illustrated on the stamps of the issue: Arabian Shagya, Pure Blood Arabian, Nonius, Romanian Semiheavy.

Arabian Shagya,is illustrated on the stamp with the face value of Lei 2.20. The breed was conceived in the area of Bukovina in the 18th century in the Austro-Hungarian Empire, when the Rădăuți Stud Farm was established, and started from a genetic foundation of Pure Blood Arabian.

Pure Blood Arabian, is depicted on the stamp with the face value of Lei 4. The Arabian breed is the oldest pure breed in the world, originating from the plateaus of Central Asia, the one that formed the basis of the formation of all cultural races existing today.

Nonius, is represented on the stamp with the face value of Lei 10. The foundations of the breed were laid in the 19th century in Hungary, with the aim of being used for traction. The name comes from the Anglo-Norman stallion Nonius, of French origin, captured by the Austro-Hungarian cavalry.

Romanian Semiheavy, depicted on the stamp with the face value of Lei 16, is a relatively recent breed, created to provide an answer to a necessity of the 50s, obtaining a breed with skills for work, strong and mobile.

The philatelic issue will be available starting Tuesday, 9th of August, in Romfilatelia’s shops network in Bucharest, Bacau, Brasov, Cluj-Napoca, Iasi and Timisoara and online on https://romfilatelia.ro/store/.

Romfilatelia thanks to the Ministry of the Environment, Waters and Forests and the specialists of the NATIONAL FOREST ADMINISTRATION – ROMSILVA – Directorate of Horse Breeding, Exploitation and Improvement, for the documentary and photographic support given to the development of this postage stamps issue. 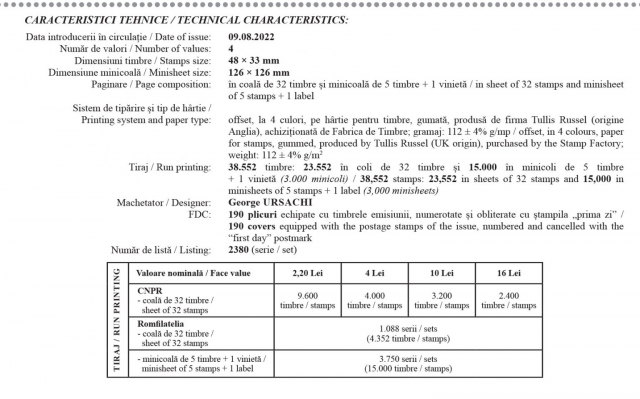 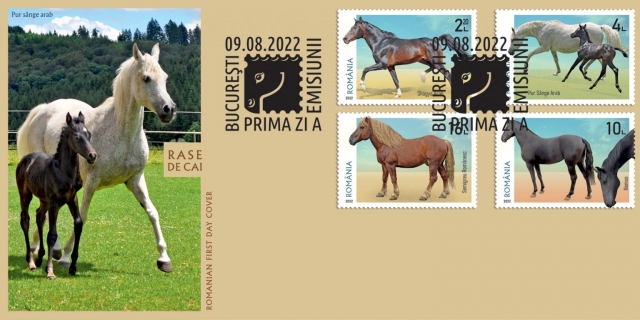 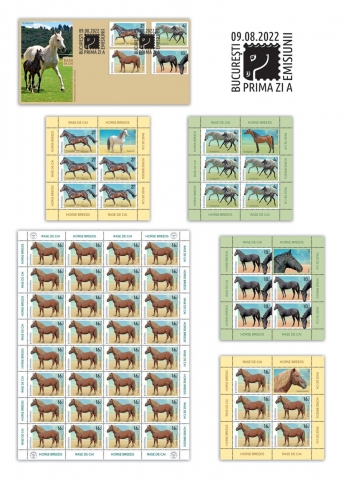 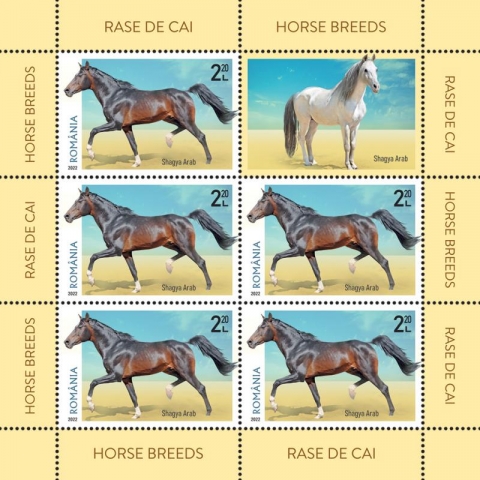 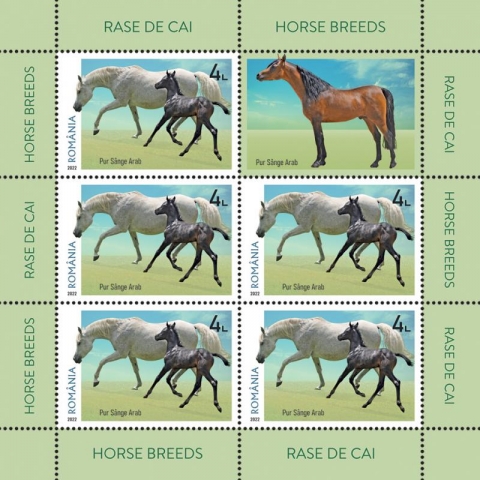 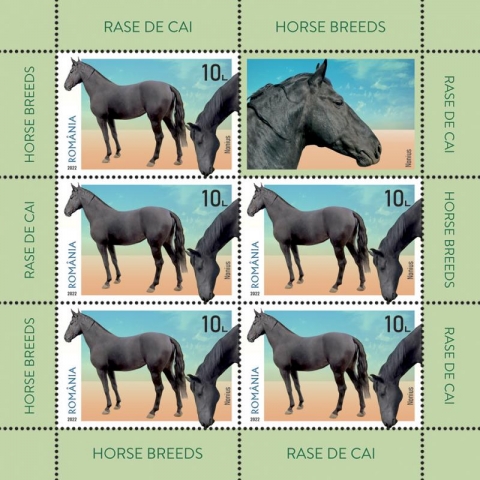 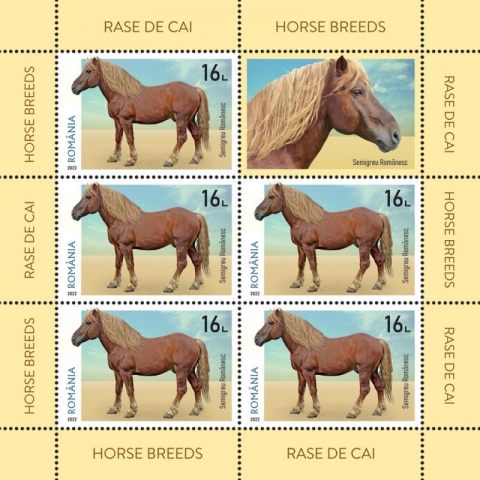 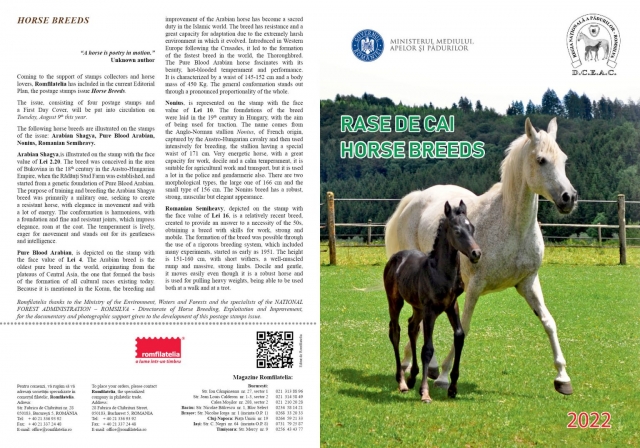 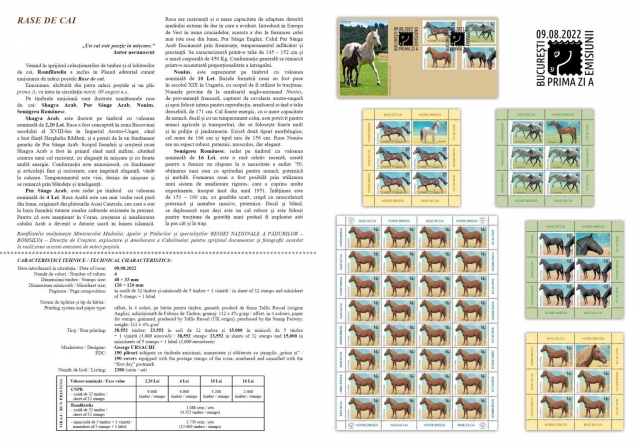 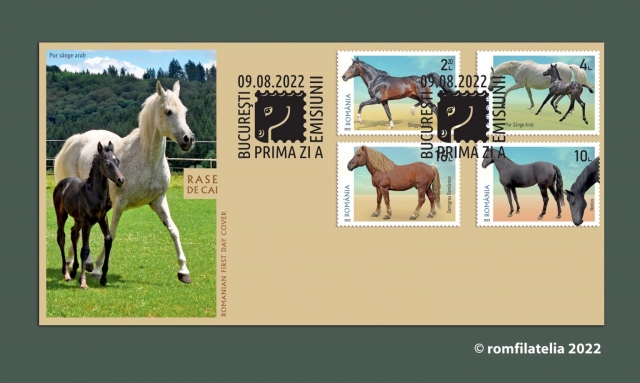 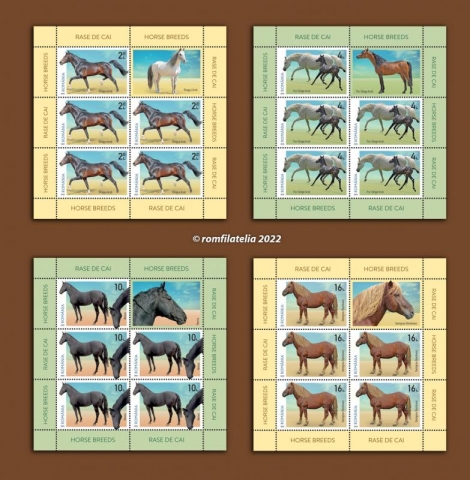 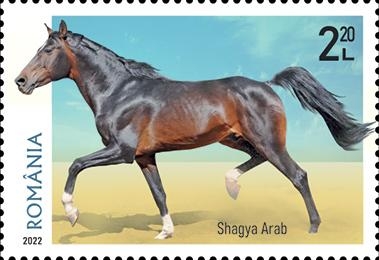 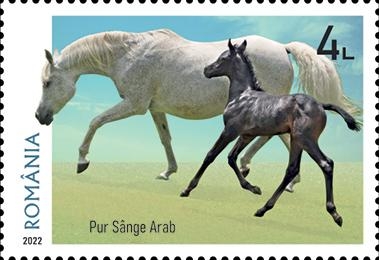 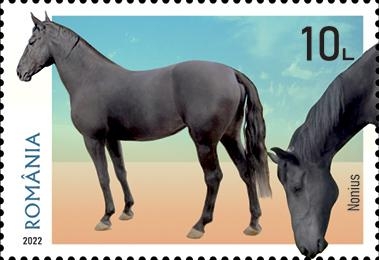 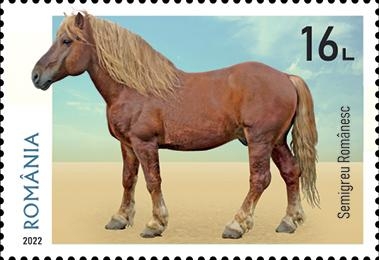