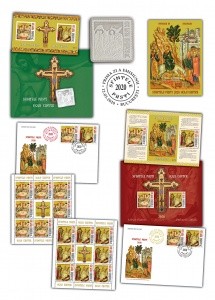 Easter begins, according to the Christian ritual, with a beautiful Sunday, inscribed on the Orthodox calendar as the Palm Sunday. It is the day that Jesus Christ, accompanied by a large crowd, entered Jerusalem. Laying over their cloths in His path, children, young men and elder people who had heard of His wonders welcomed Him with branches of persimmon in their hands, as the King of kings, as a victorious king over the kingdom of evil. “Hosanna to the Son of David! Blessed is he who comes in the name of the Lord! Hosanna in the highest heaven!”, they shouted.

The perforated souvenir sheet with the face value of Lei 29 illustrates this scene suggestively.

The keepers of the ancestral faith, the Christian faith, we,  Romanians, must meet at the service on Holy Sunday of the Resurrection with the joy of a great holiday defined by a greeting of soul: Christ is Risen! He is Risen, indeed!

The philatelic album is created into a limited edition of 377 pieces and is equipped with a special philatelic block with two perforated postage stamps and the First Day Cover with the First Day postmark clearly imprinted with gold foiling. Both products are numbered from 001 to 377. The album contains the two perforated postage stamps reproduced separately on two gummed sheets, in a graphic association with the images of the thematic icons of the issue, icons belonging to the patrimony of the Radu Voda Monastery in Bucharest.

The special product, with silver stamp, brings together in an original presentation a collectible philatelic block with two imperforated stamps), made in a limited edition of 327 copies, Certificate of Authenticity issued by the State Mint, numbered from 001 to 327, as well as the silver replica of the postage stamp that illustrates the icon the Myrrh-Bearing Women at the Tomb. Icons whose images are reproduced in the album, are part of the patrimony of the Radu Voda Monastery in Bucharest.

The postage stamps issue “Holy Easter 2020” will be available on Thursday, March 12ve  2020, in Romfilatelia’s shops network in Bucharest, Bacau, Brasov, Cluj-Napoca, Iasi and Timisoara and online on https://romfilatelia.ro/store/. 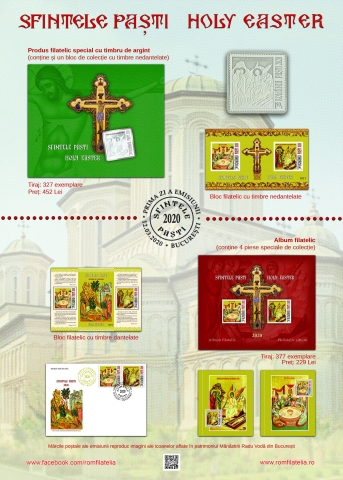 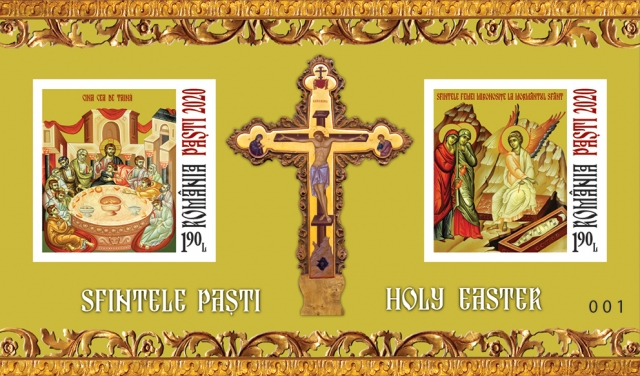 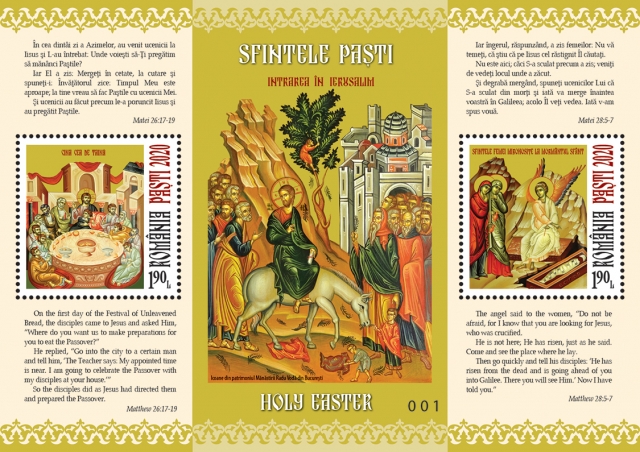 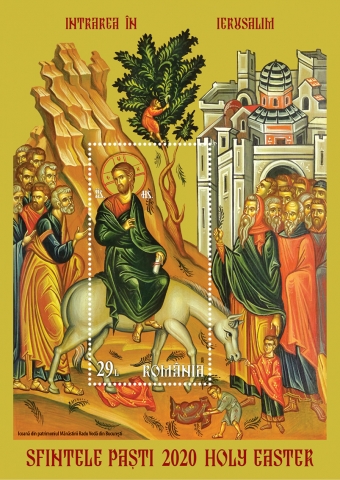 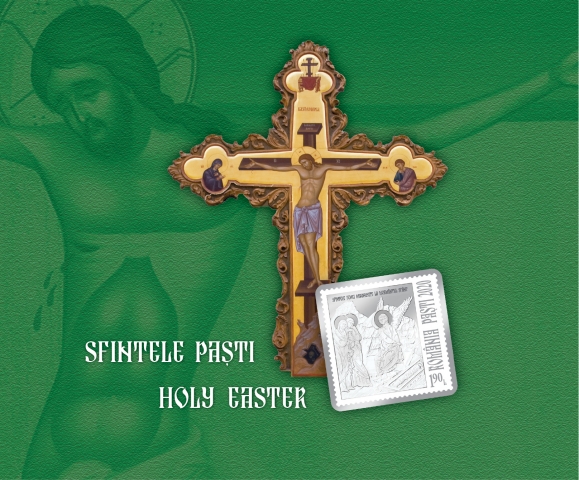 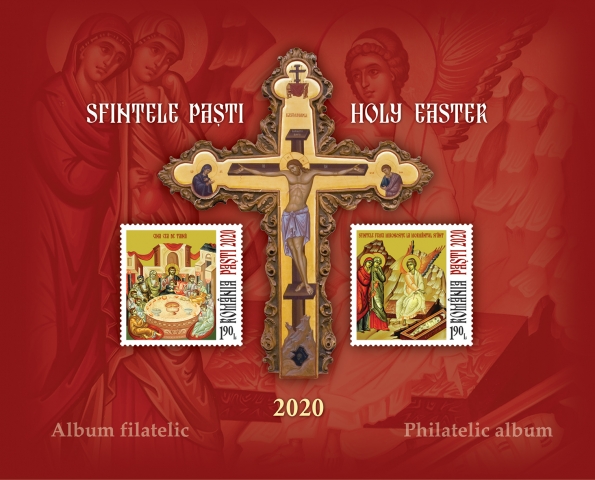 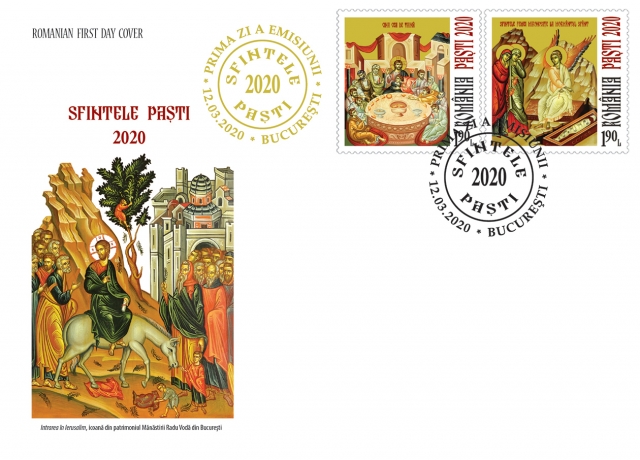 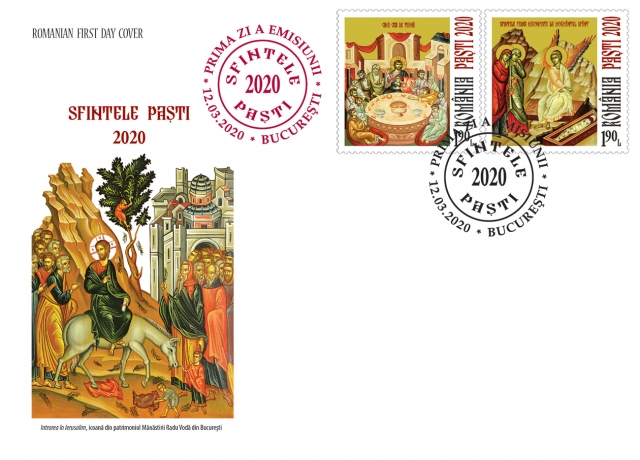 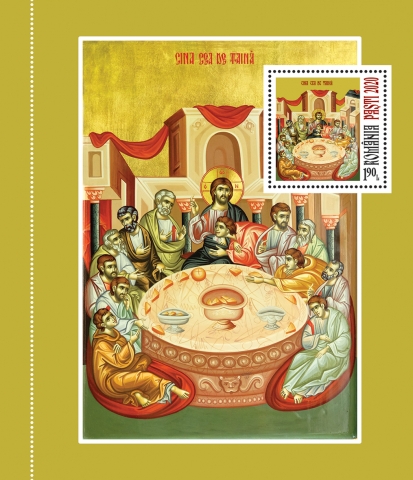 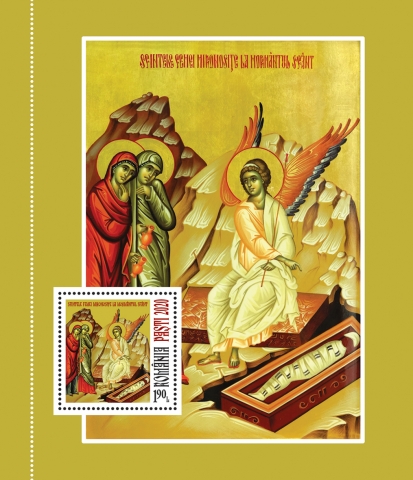 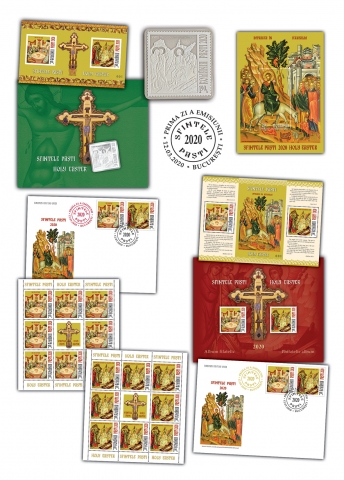 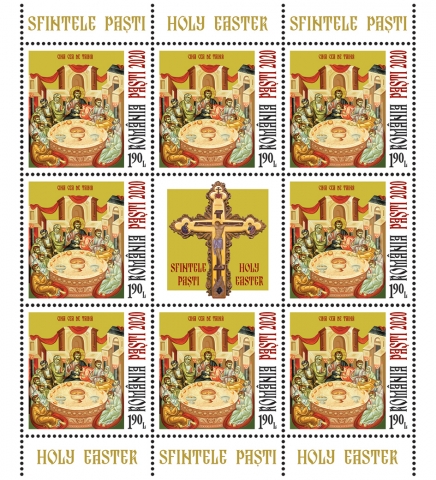 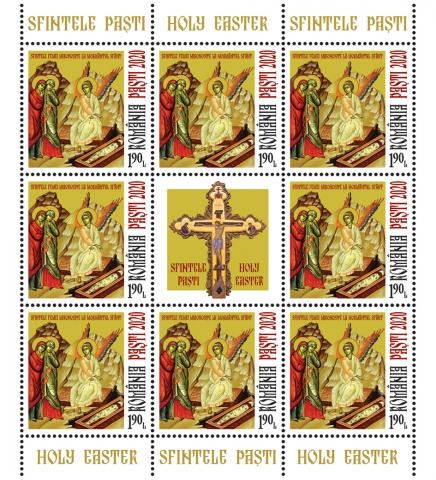 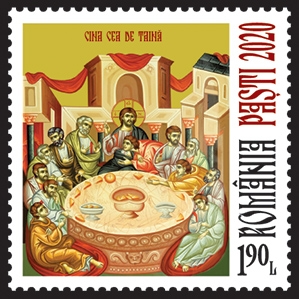 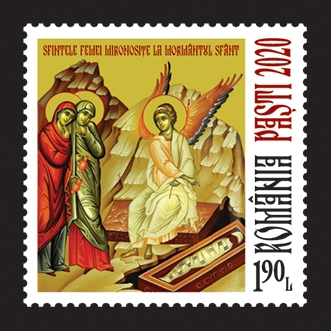