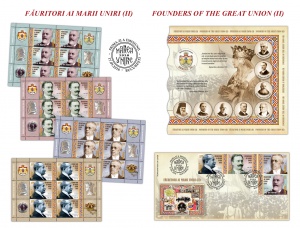 To honor the memory of the personalities who contributed to the Great Romania’ achievement, Romfilatelia introduces into circulation the postage stamp issue Founders of the Great Union, part two. On the elements of the issue are reproduced portraits of patriots who fought to fulfil the national ideal of the Romanians. The new issue will be presented on Monday, September 17th, 2018, during the session of scientific communication dedicated to the Centenary of the Great Union, organized by Romfilatelia in partnership with the Romanian Academy and the Central University Library „Carol I”. The event is part of the Centennial Capital Festival program, as well as the C’Arte 2018 Street Festival, alongside the Bucharest City Hall, the Romanian National Literary Museum, the Bucharest Museum and the Romanian Post Office.

On the stamp with the face value of Lei 2 is illustrated the portrait of Gheorghe Pop de Basesti (1835-1919), a fighter for the Romanians’s rights in Transylvania, who dedicated his entire life to the national ideal. He was a passionate patriot until his death and, as a sign of respect, he was designated president of the Great National Assembly in Alba Iulia, on December 1st, 1918.

On the stamp with the face value of Lei 5 is reproduced the portrait of Alexandru Vaida-Voevod (1872-1950), one of the representative politicians of the Romanians in Transylvania. In October 1918, he read in the Parliament of Budapest the declaration by which the Romanian nation declared itself “free of any foreign influence”. He attended the Great National Assembly in Alba Iulia and was among the four delegates who handed over the Resolution of Union to King Ferdinand I, for ratification. In December 1919, he was appointed Prime Minister, but he had a short commission, because in January 1920 he went abroad to contribute to the international recognition of the Great Union.

The portrait of Iancu Flondor (1865-1924), a unionist leader in Bukovina and the Union proponent of this province with the Motherland, is illustrated on the stamp with the face value of Lei 8.50. At the end of the 19th century, Flondor, along with other young Bukovinians, decided to take the initiative of founding a Romanian national movement. In the autumn of 1918, Flondor asked the Austrian Governor of Bukovina to surrender the power to the Romanians and, in the face of his refusal, convened a General Congress of Bukovina, made up of all the nationalities of the region. Having as Chairman Iancu Flondor, the Congress unanimously voted in the meeting of November 28th, 1918, the motion of the Union with the Kingdom of Romania. After the Union, Iancu Flondor coordinated the installation of the Romanian administration in Bukovina.

The stamp with the face value of Lei 11.50 is illustrated with the portrait of Take Ionescu (1858-1922), one of the most appreciated speakers in the Romanian politics, liberal and conservative alike, with a decisive role in the achievement of the Great Union in 1918. He fought for Romania’s alliance with the Entente in the World War I, and in December 1916 he entered the refugee government in Iasi. Concerned about the prospect of a humiliating peace with the Germans, in 1918 he left for Paris, where he brought important services to the national cause, as president of the National Council for Romanians’ Unity. He remained in the capital of France during the peace negotiations and lobbied in front of the great Western chancellery in order to obtain a favourable situation for Romania.

The new issue will be available on Monday, September 17th, 2018, in Romfilatelia’ own shops network in Bucharest, Bacau, Brașov, Cluj-Napoca, Iași and Timișoara and online on https://romfilatelia.ro/store/. The postage stamp issue is completed by a First Day Cover, as page composition there were used a sheet of 32 stamps, a minisheet of 6 stamps + 6 labels and an imperforated souvenir sheet. 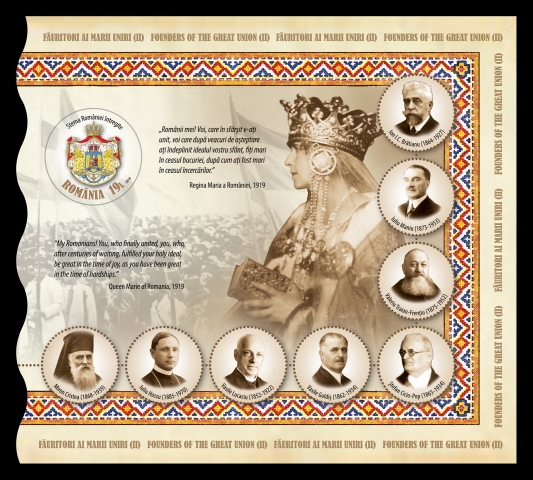 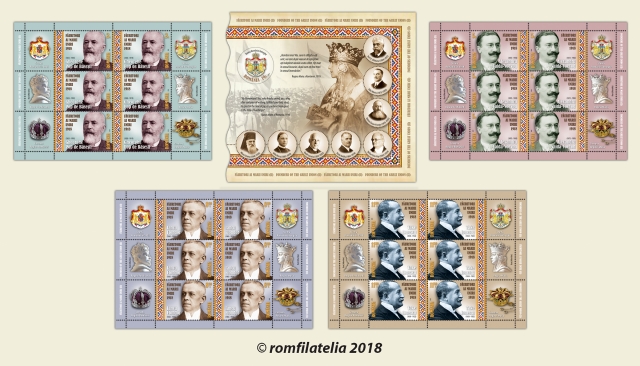 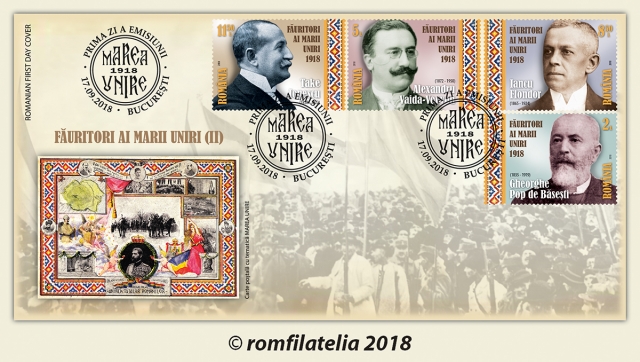 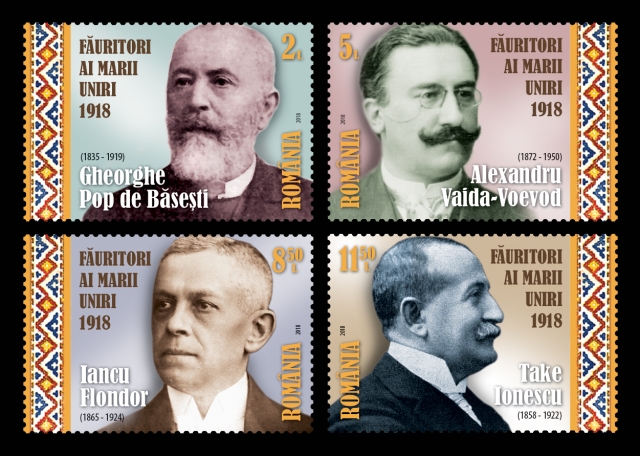 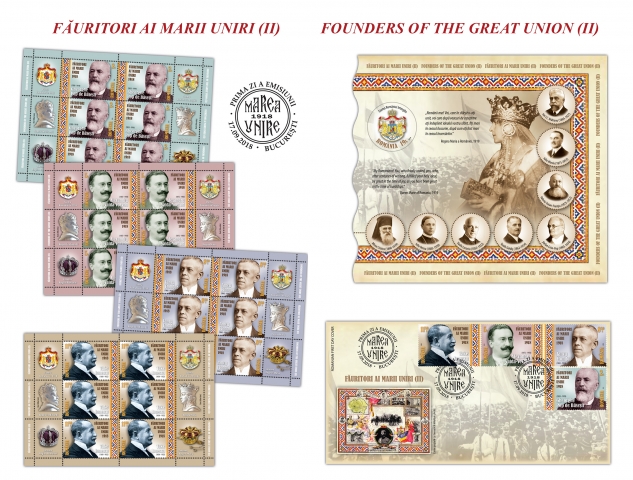