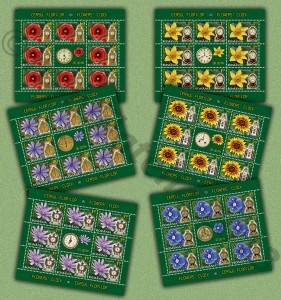 We would like to thank the Biology Institute of the Romanian Academy (PhD. Sorin Stefanut, Head of the Ecology, Taxonomy and Nature Preservation and PhD. student Roxana Ion, Plant Expert) and to the “Nicolae Simache” Clock Museum (Ploiesti) for the documentary support granted in the accomplishment of this postage stamps issue. 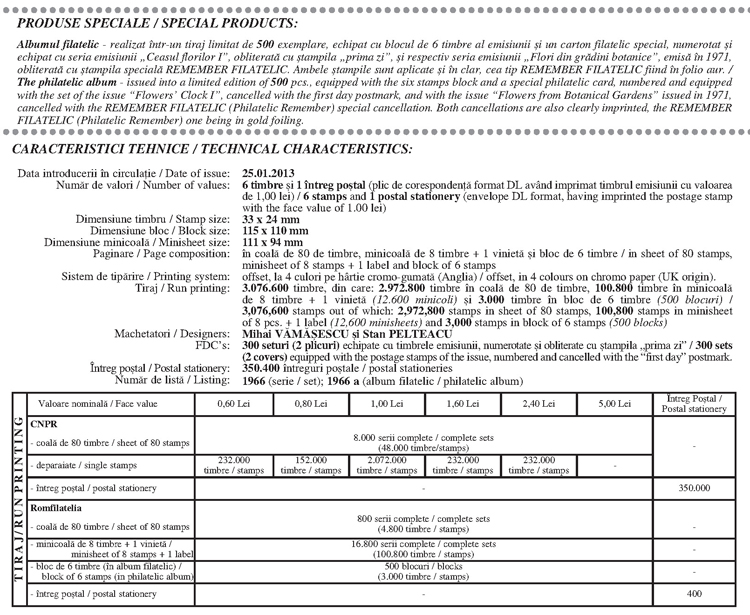