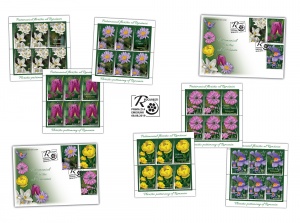 It is located on the rocky declivities, limestone, dolomites detritus and serpentines, cliffy grooves, forest openings in the mountainous region of the Bucegi, Baiului, Postavaru, Piatra Mare, Ciucas, Piatra Craiului, Bihor (Vidra), Mehedinti (Piatra Closanilor), Iezer-Papusa, Cozia, Capatanii, Parang and Valcan. It is found in the Carpathian Mountains, in the Balkans and the Alps, being protected as a monument of nature in Romania. Blagay’s Daphne blooms from April to May and the fruit is yellow-golden, fleshy and sappy and is grown for decorative purposes.

It is a herbaceous plant, with many forms of culture. Snake’s Head Fritillary or Chess flower is one of the rarest tulip species from our country, being on the list of endangered plants, being protected by law and considered a monument of nature. The Snake’s Head Fritillary develops especially in the wild areas of Romania and needs an increased humidity compared to the rest of the tulips. Currently, it is found in only a few areas of Romania, among them being the county of Bistrita-Nasaud, where it can be admired in the place called the Forest of Ses from the area of Orheiu Bistrita. The area is protected by law and the plant weeds grow under the crowns of secular oaks.

Plant of the family Compositae with oblique rhizome, with conspicuous nodes and numerous roots. The inflorescence consists of yellow disc flowers and marginal violet blue flowers, rarely reddish or white. It is found from the beech floor to the sub-alpine floor, through meadows, on steep slopes or on sunny rocks. It blooms between July and August.

It blooms from June to July.

It is a herbaceous plant, perennial, belonging to the Caryophyllaceae family and is a endemic plant for the Oriental Carpathians. It is mainly found in the Rodna Mountains, at altitudes between 1820 and 2200 m, on stony, grassed and wet places. This species is protected by law, being spread only in the Carpathian Mountains. It blooms between July and August.

It blooms in July and August. With undeniable ornamental qualities, the Alpine Toadflax can be used to decorate the rocks in the gardens at higher altitudes, where it can benefit from cooling.

The postage stamps issue FLORISTIC PATRIMONY OF ROMANIA will be available on Wednesday, August 8th  2019, in Romfilatelia’s shops network in Bucharest, Bacau, Brasov, Cluj-Napoca, Iasi and Timisoara and online on https://romfilatelia.ro/store/. The postage stamps issue is completed by 2 “first day” covers and as page composition in sheet of 32 stamps, minisheet of 5 stamps and 1 label. 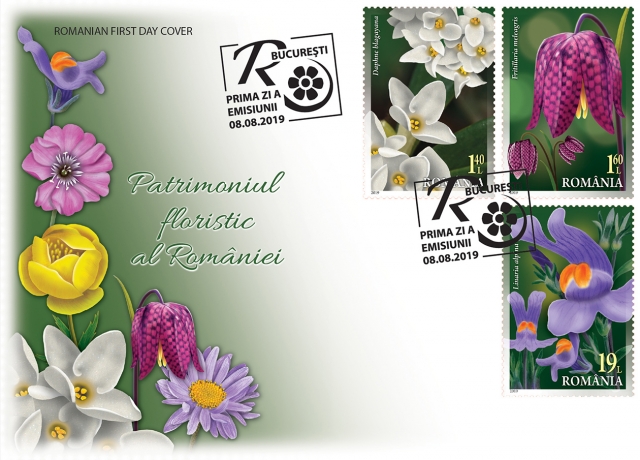 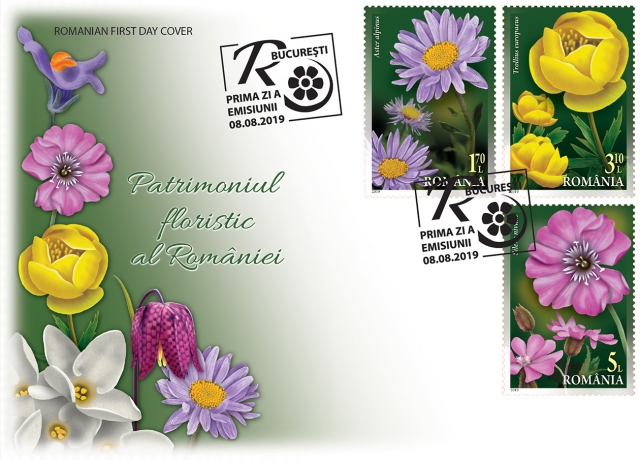 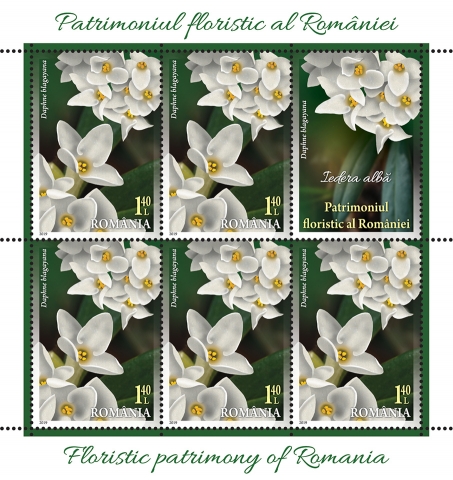 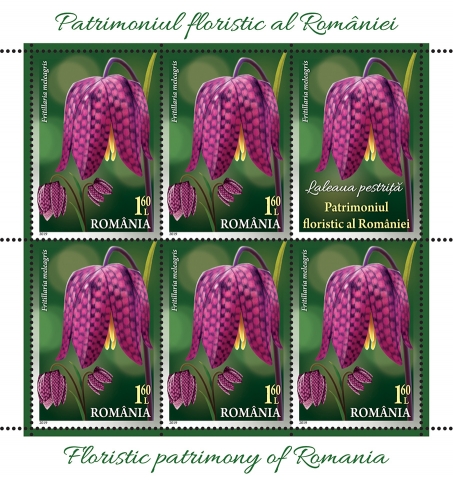 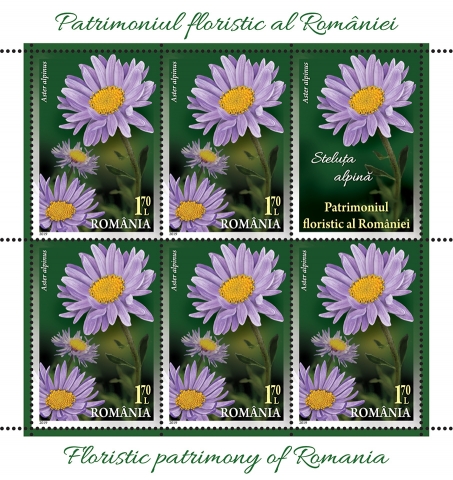 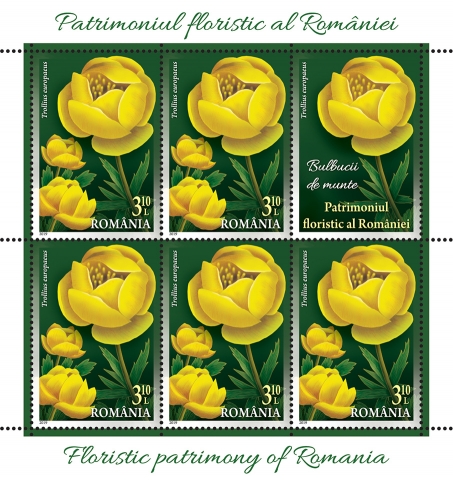 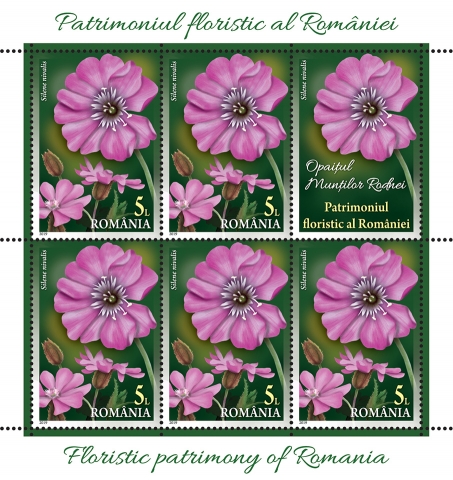 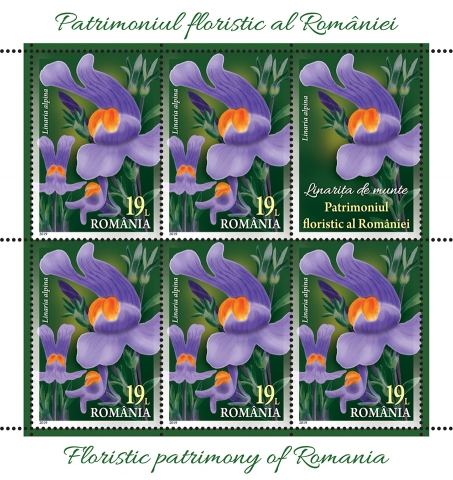 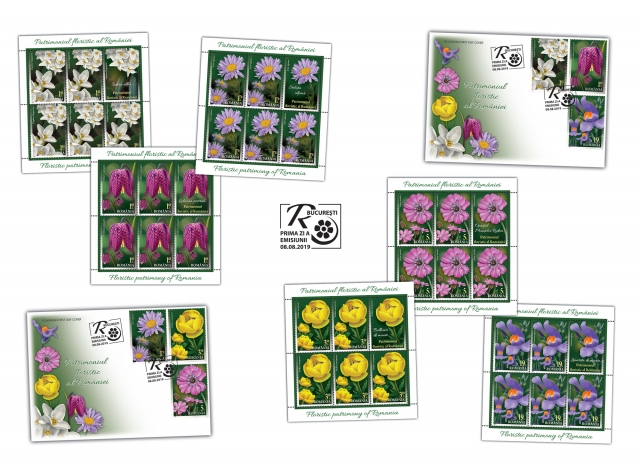 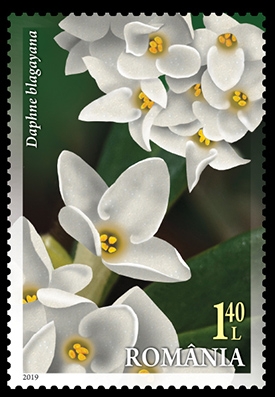 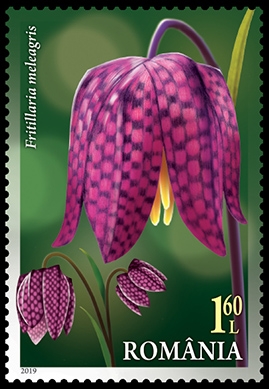 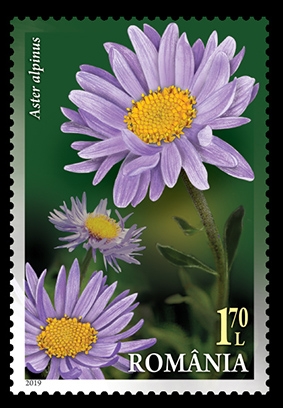 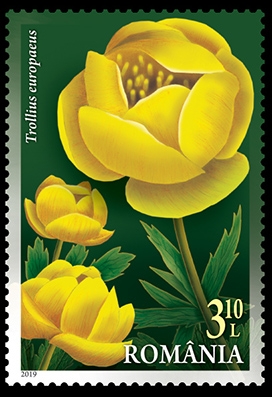 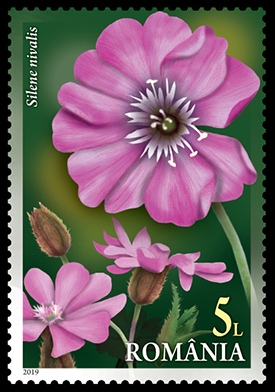 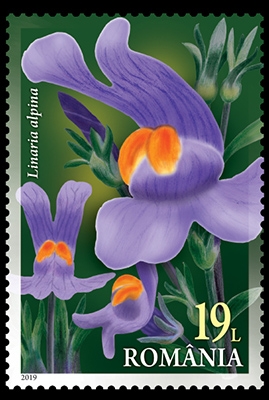