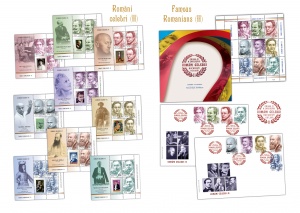 In the Centenary year of the 1918 Great Union, Romfilatelia introduces into circulation the postage stamp issue Famous Romanians, Part II, dedicated to several personalities that have honored Romania worldwide.

The new issue will be available on Tuesday, July 17th, 2018, in Romfilatelia’ own shops network in Bucharest, Bacau, Brașov, Cluj-Napoca, Iași and Timișoara and online on https://romfilatelia.ro/store/.

Cella Delavrancea (1887-1991) was a pianist, writer and publicist, a personality of Romanian culture in the 20th century. Daughter of the writer Barbu Stefanescu Delavrancea, according to her own testimonies, “grew up in a family where the conversations were mainly about literature, art and music”. Cella Delavrancea’s literary activity began in 1929, when she debuted in the Bilete de papagal magazine, edited by Tudor Arghezi. Later she will write for all the important cultural magazines of the time. In 1987, she was the first Romanian artist to attend the anniversary of her own Centenary, by a gala concert, at the Romanian Athenaeum.

Dimitrie Paciurea (1873-1932) was a landmark in monumental sculpture, an internationally appreciated artist for his innovative spirit. The Romanian artist exceeded the rigors of the era, abandoning the rules of Academicism, in favor of a Surrealist approach of art. Dimitrie Paciurea was a professor at the National School of Fine Arts in Bucharest, being a trailblazer for artists such as Ion Irimescu Oscar Han, or Ion Jalea.

Victor Brauner (1903-1966) was one of the important surrealist painters in the world, and his works are exposed in the great art galleries. He studied painting at the School of Fine Arts in Bucharest, but he did not adapt to the local artistic scenery due to his modernist vision. Victor Brauner found himself best in the ideas of French Surrealism, theorized by the writer André Breton. In his painting and graphics he presented a decadent world, a blurry and alienated society. His works often scandalized the audience, the artistic value being recognized only after his death. Brauner is the second, after Constantin Brancusi, in the classification of the best-rated Romanian graphic artists.

George Apostu (1934-1986) was one of the valuable Romanian sculptors of the last century. George Apostu was inspired mainly by Romanian folk art, being compared to Brancusi. One of his most famous cycles is Tatal si Fiul (The Father and the Son), a sculptural processing of the “tree of life” old motif.

Elvira Popesco (1894-1993) was a great French actress of Romanian origin. She was born in Bucharest and studied at the Conservatory for Dramatic Arts. After graduation, she was employed by the National Theater in Bucharest. The fame on the great French scenes was confirmed by a special performance on the film sets. She starred in famous films, alongside great actors of the time: Claudia Cardinale, Vittorio de Sica, Jean Marais, Orson Welles, Alain Delon etc. In 1993 she was elected honorary member of the Romanian Academy.

Marcel Iancu (1895-1984) was a painter, designer and architect, one of the pioneers of worldwide avant-garde art. Marcel Iancu contributed to the birth of the avant-garde art by masks, posters and illustrations. Marcel Iancu came to a fore as an architect of urbanistic modernity. He designed over 40 buildings in Bucharest, influenced by cubism and constructivism. The villas built by Marcel Iancu have a functionalist architecture, giving up symmetry and ornaments. He introduced houses with a simple façade and roof-terrace, sloping roof and scuttle roof. In 1941, the artist moved to Palestine, and after the World War II he was stated as professor and cultural promoter in the new state of Israel.

Dimitrie Cantemir (1673-1723) was a humanist scholar and Ruler of Moldova (1693, 1710-1711), a remarkable personality who asserted himself as a writer, philosopher, historian, linguist and ethnologist. He had access to all the important writings of the time, being familiar with 12 foreign languages, including Greek, Latin, Slavic, Arabic, Turkish, Persian, Italian and French. In 1714 he became the first Romanian member of the Berlin Academy, at the proposal of the great philosopher Gottfried Wilhelm Leibniz.

Nicolae Iorga (1871-1940) was a scholar and a politician, a remarkable personality of the Romanian cultural life. From a literary point of view, he was a theoretician of Samanatorism, a movement that promoted the traditional and folkloric national values and militated for the necessity of educating the peasantry. Nicolae Iorga was also involved in political life, and during 1931-1932 he was Prime-Minister.

Nicolae Titulescu (1882-1941) was the diplomat and politician of Romania. An excellent orator, he studied in Paris, where he obtained his PhD in Law (1905). He was involved in political life in the Democrat-Conservative Party, being one of the politicians who fought for Romania’s entry into the World War II. During the Peace negotiations, he supported the cause of Romania, being a signatory, along with Dr. Ion Cantacuzino, of the Treaty of Trianon with Hungary. Starting with 1921, he was a permanent representative of Romania at the League of Nations. Between 1931 and 1932 he was president of this important international institution, being the sole Romanian who had such title, and also the only diplomat who had two mandates in the leadership of the League. Titulescu struggled at the international level to preserve the borders established by the Peace Treaty. Between 1928-1936 he was Foreign Minister during three terms of office, opposing to the rise of right-wing regimes in Europe. The Romanian Academy elected him as member in 1935 and his conferences were heard in the amphitheaters of large universities, such as Oxford or Cambridge.

The postage stamp issue is completed by a set of two First Day Covers, as page composition there were used a sheet of 80 stamps + 1 label, a block of 3 stamps + 1 label and illustrated border and a philatelic booklet containing a block of 9 stamps with different values. 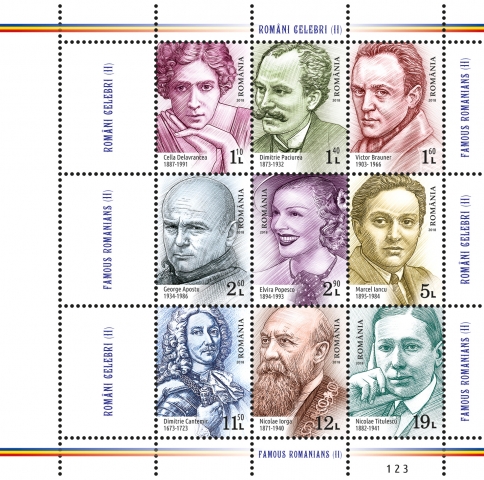 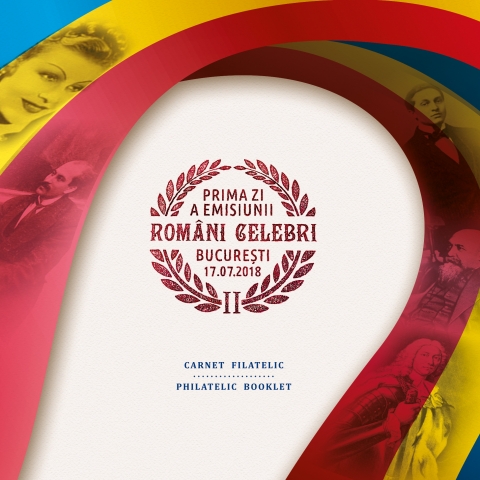 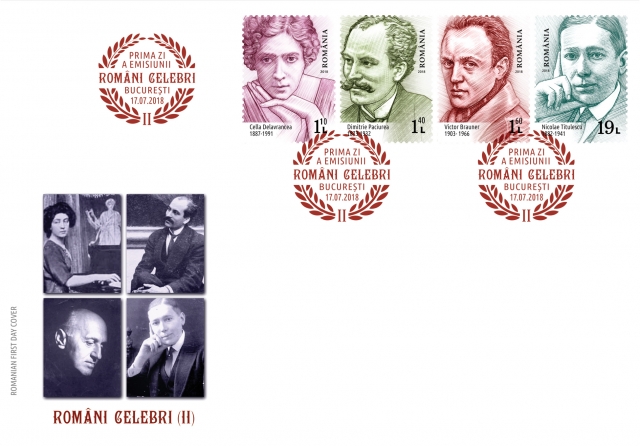 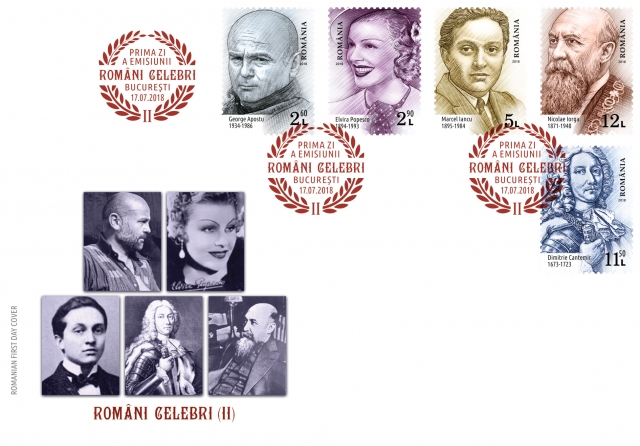 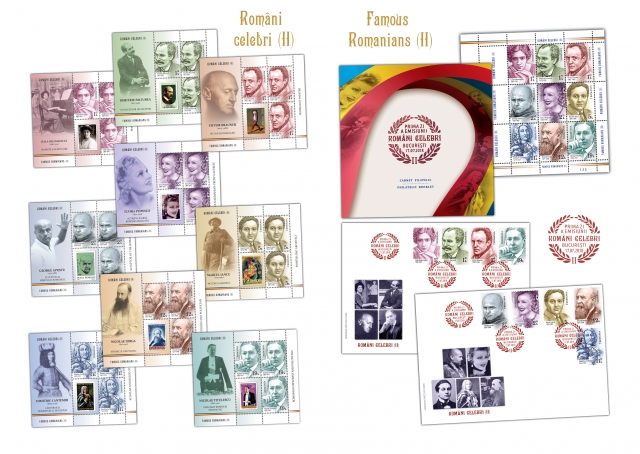 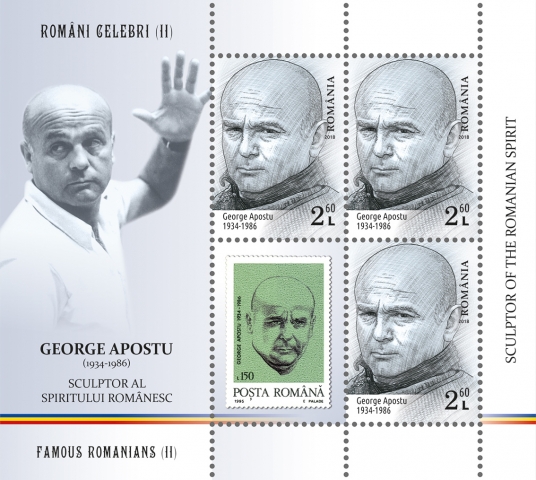 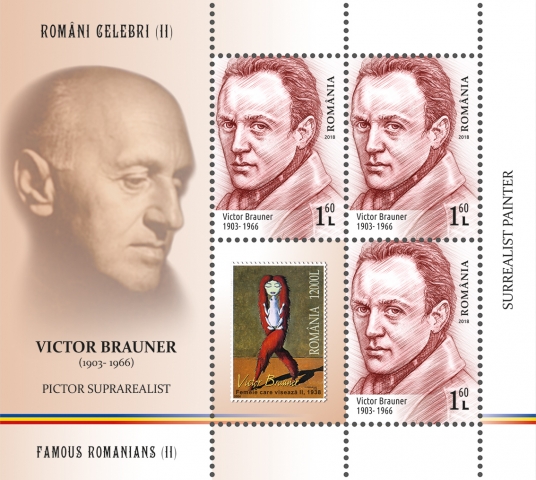 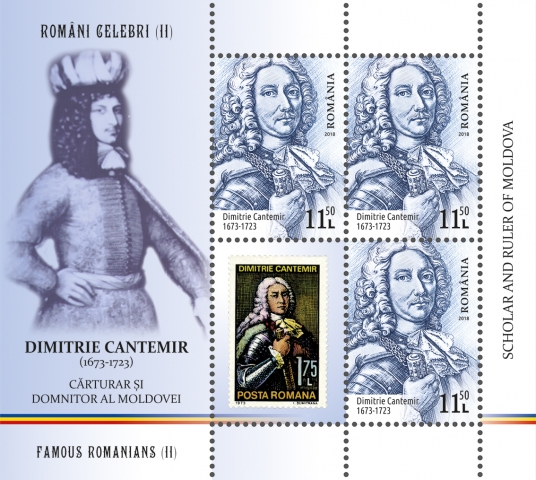 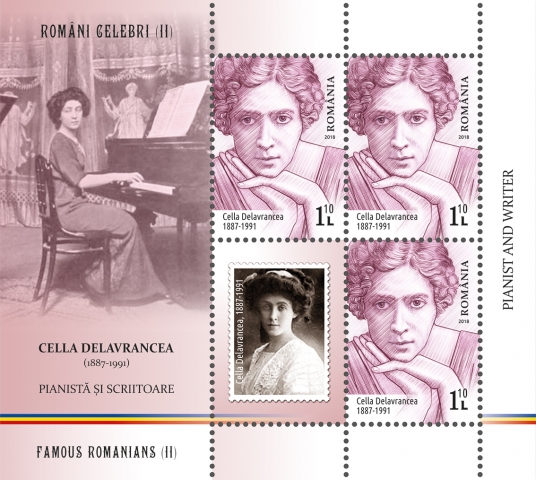 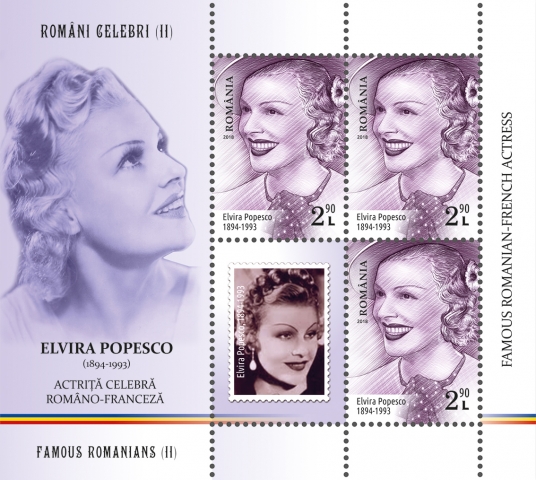 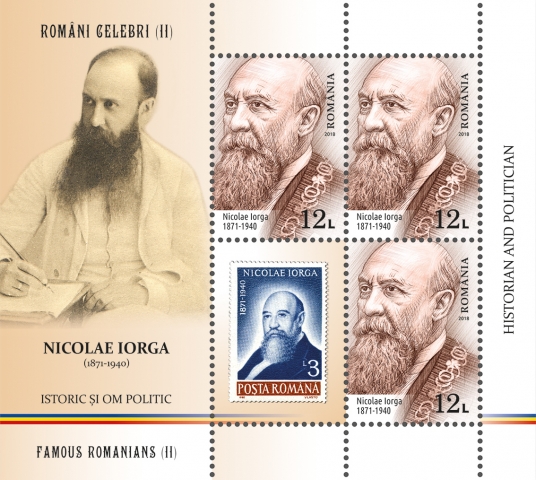 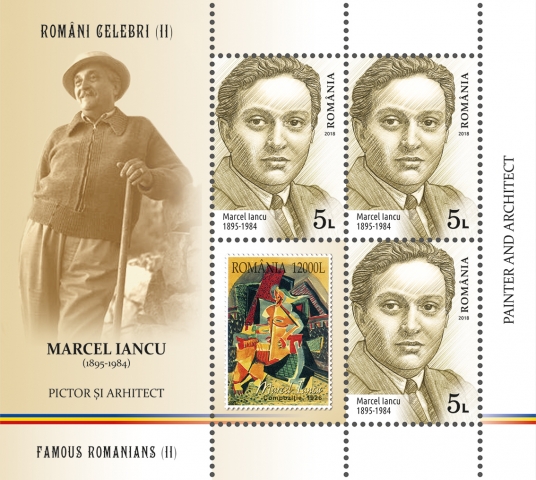 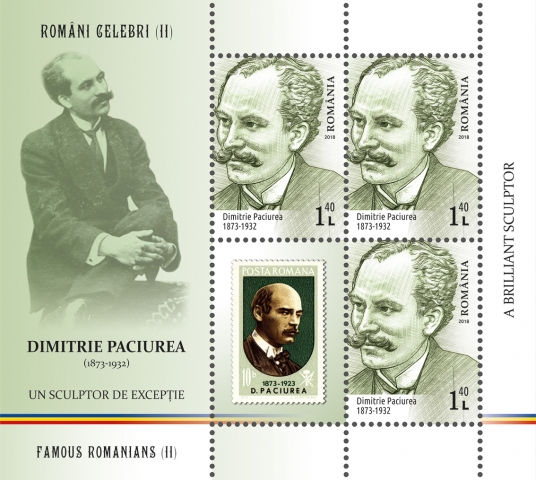 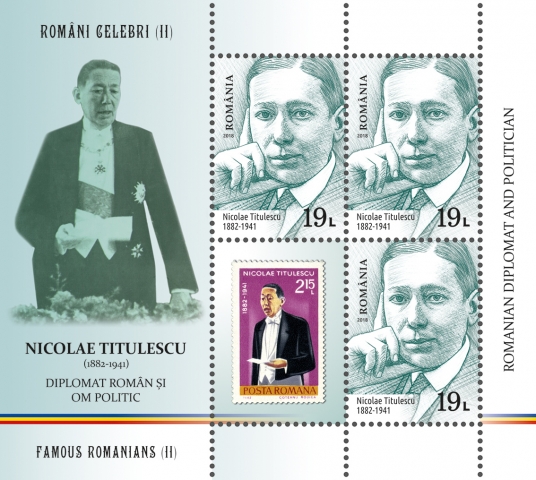 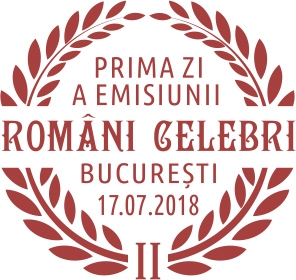 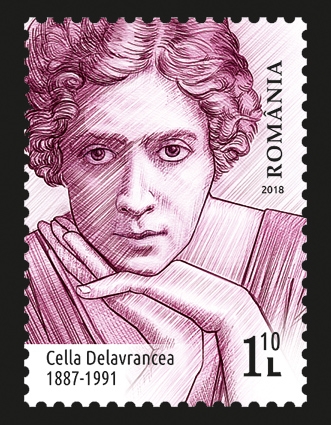 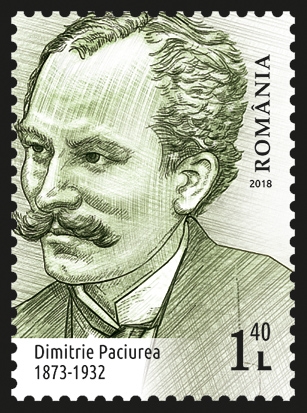 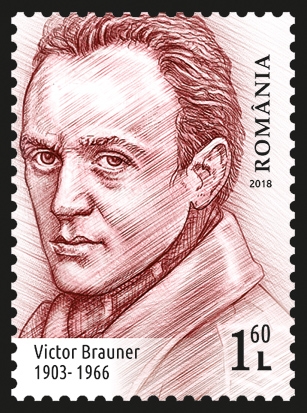 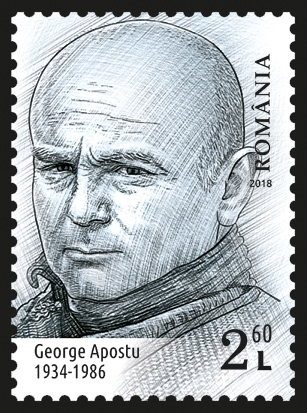 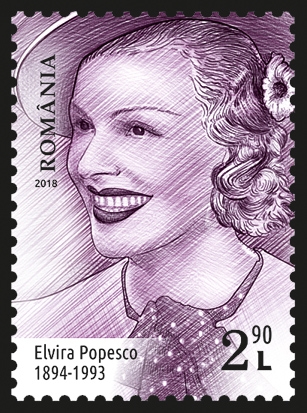 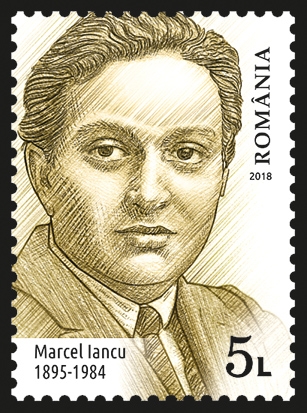 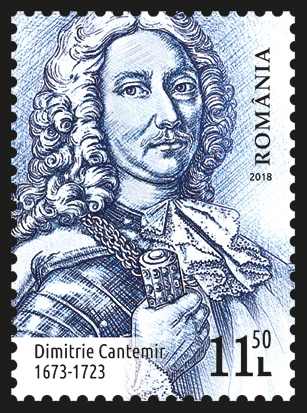 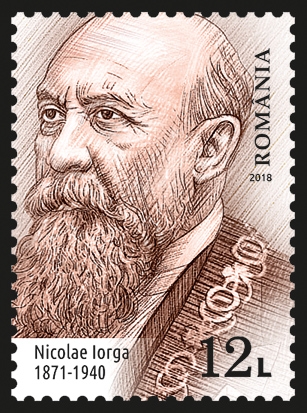 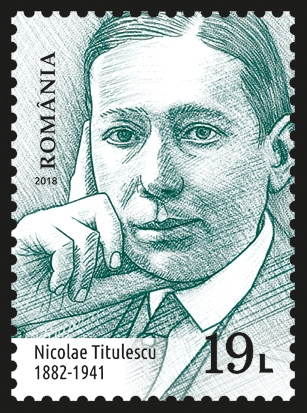