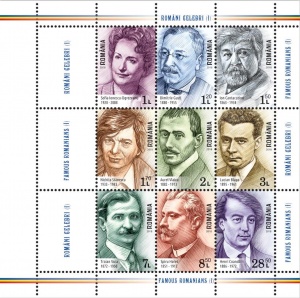 In the Centenary year of the 1918 Great Union, Romfilatelia introduces into circulation the postage stamp issue Famous Romanians, part I, honoring the work of some of the nation’s leading personalities.

The new issue will be available on Friday, June 15th, 2018, in Romfilatelia’ own shops network in Bucharest, Bacau, Brașov, Cluj-Napoca, Iași and Timișoara and online on https://romfilatelia.ro/store/.

Dimitrie Gusti (1880-1955) founded the Romanian school of sociology, being one of the representative intellectuals of Romania, in the interwar period. He obtained the PhD in Philosophy at the University of Leipzig (1904). In 1910, he began teaching philosophy at the University of Iasi, being interested in social studies. He became a member of the Romanian Academy, in 1918 and a year later founded the Association for Science and Social Reform, later transformed into the Romanian Social Institute. He founded the Village Museum in Bucharest, inaugurated in 1936. Between 1944 and 1946 he was president of the Romanian Academy.

Ion Cantacuzino (1863-1934) was the founder of the Romanian school of microbiology. He studied in Paris, where he graduated from the faculties of Letters, Science and Medicine. In 1920, Ion Cantacuzino (Minister of State) and Nicolae Titulescu (diplomat) signed the Peace Treaty of Trianon with Hungary, on behalf of Romania.

Nichita Stanescu (1933-1983) was one of the most prominent writers of Romanian literature. A graduate of the Faculty of Philology in Bucharest (1957), he debuted in the same year in Tribuna (Cluj) and Literary Gazette (Bucharest) magazines. He was a genius poet, prolific from publishing point of view. Many of his volumes received awards from the Union of Writers, or from the Romanian Academy. He worked in the editorial staff of the most important literary magazines of the time. In 1975, Nichita Stanescu received the prestigious international award Johann Gottfried von Herder. In 1980, at the suggestion of Swedish writer Artur Lundkvist, Nichita was included by the Swedish Academy on the list of Nobel Prize for Literature candidates. Although he did not win, his nomination was a success for the Romanian literature of the time.

Aurel Vlaicu (1882-1913) was an inventor in the field of aeronautics and an aviator. He graduated from the polytechnic schools in Budapest (1903) and Munich (1907), and after completing his studies he worked at the Opel plants in Rüsselsheim (Germany). In 1908, he returned to Transylvania and with the money raised from the family and public subscriptions he built his first glider. Advised by the Transylvanian intellectuals, he moved to Bucharest, where he obtained government support for the construction of a plane (Vlaicu I). Helped by Traian Vuia, he bought an engine from Paris and in 1910 he performed the first flights around Bucharest. Vlaicu also participated in military maneuvers, Romania being one of the first countries in the world to use this weapon. In 1910 also, the inventor built the Vlaicu II plane, an improved version of his first flight apparatus.

Lucian Blaga (1895-1961) is one of the representative writers of Romanian culture, being recognized both by his literary and philosophical work. Also, by his journalistic activity, he helped building the national identity of the Romanians. In 1937, he was elected to the Romanian Academy,
and in 1939 he became professor of philosophy of culture at the University of Cluj. In 1948, he was removed from the university chair and excluded from the Romanian Academy.

Traian Vuia (1872-1950) was one of the pioneers of aviation. He studied Law and Polytechnics in Budapest, but due to financial reasons, he managed to complete only the Law studies, with a PhD degree. His ideas regarding the flight by using a heavier-than-air apparatus were not appreciated at the time, the Vuia airplane project being rejected by the Paris Academy of Sciences. He built the apparatus on his own and in March 1906 he made the first flight in the world with a heavier-than-air apparatus, which rose from the ground by its own means. Vuia was then interested in the theoretical aviation studies. During the research, he discovered the internal combustion steam generator, which was later used in the thermal power plants.

Spiru Haret (1851-1912) was the founder of modern Romanian education. A specialist in mathematical sciences, he obtained his PhD in Paris (1878), asserting himself as one of the founders of astronautics. After returning to Romania, he taught sciences at universities and higher schools, being elected in 1892 as a member of the Romanian Academy. His main contribution to the development of the Romanian culture consisted of the reforms in education, which he led during 1897-1910, as minister. In 1898, he drafted the law of secondary and higher education, according to the Western model. Another important law was the reform of vocational education, organized in art and craft schools, military high schools and theological seminars. Haret has also the merit of setting up kindergartens. In 1904, he founded the Historical Monuments Commission.

Henri Coanda (1886-1972) is one of the greatest inventors of the 20th century, author of more than 250 inventions, for which he obtained 700 owner patents, in different countries of the world. After graduating from the Artillery and Engineering School in Bucharest (1905), he went to Germany, where he studied at the technical schools in Charlottenburg (Berlin), Liege and Paris (1906-1909). In 1910, he obtained the patent for the turbo-propeller engine in France, and in the same year, at the Paris Aeronautical Salon, he presented the world’s first reaction airplane, the precursor of today’s turbo-jet engine. Another invention that revolutionized the engineering was the Coanda Effect (patented in 1934), which allowed him to build a “flying saucer”, without mechanical parts, which took off and landed vertically. Other applications of the Coanda Effect include: gas turbines, propulsion of air vehicles, recoil brake for fire arms (created the first cannon for airplanes without retraction), and also medical devices for artificial respiration.

The postage stamp issue is completed by a set of two First Day Covers, as page composition there were used a sheet of 80 stamps + 1 label, a block of 3 stamps + 1 label and illustrated border and a philatelic booklet containing a block of 9 stamps with different values. 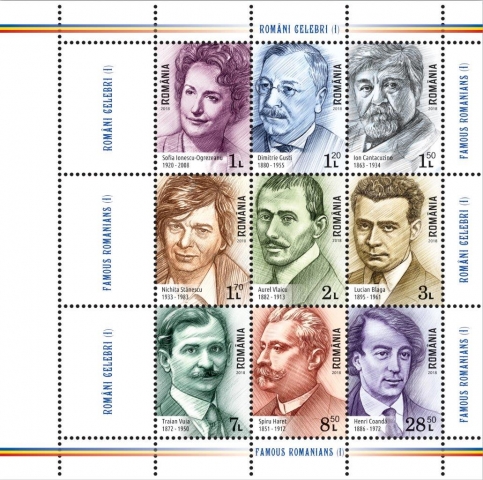 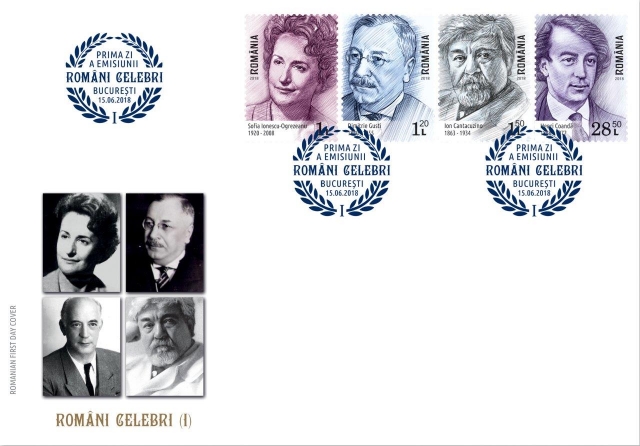 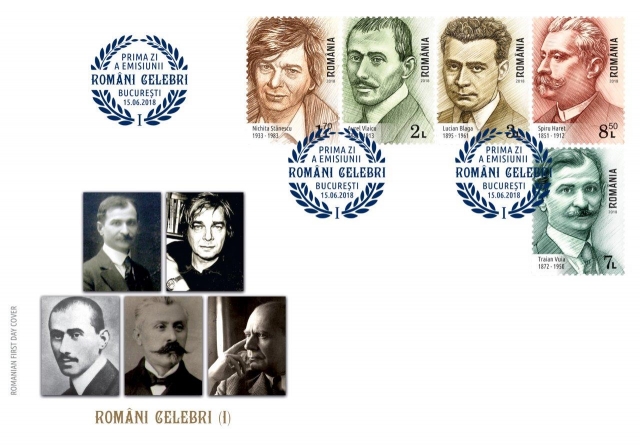 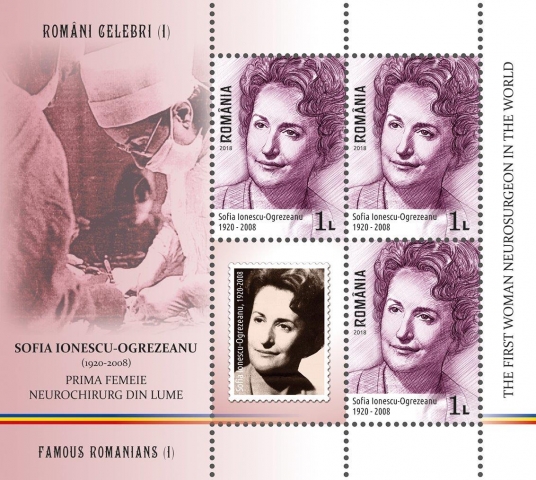 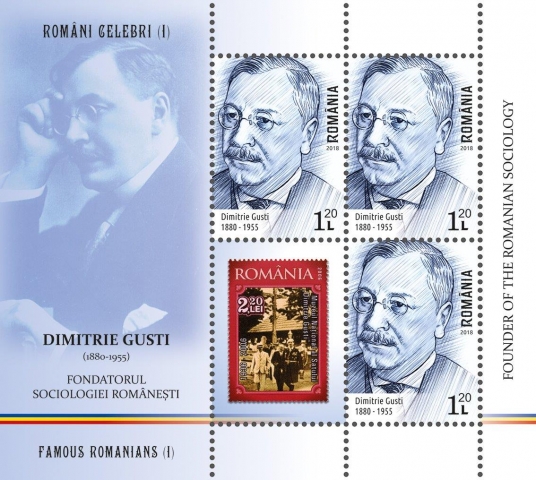 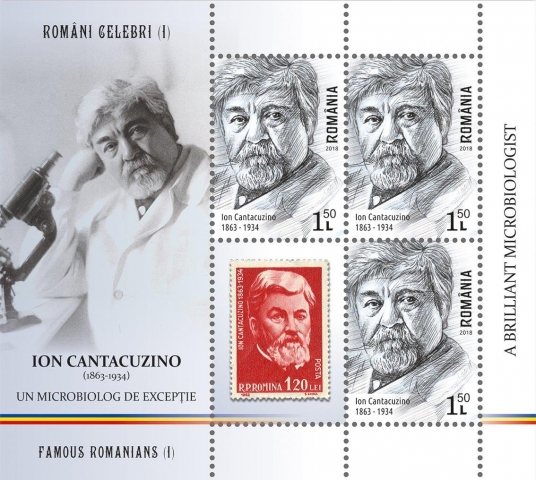 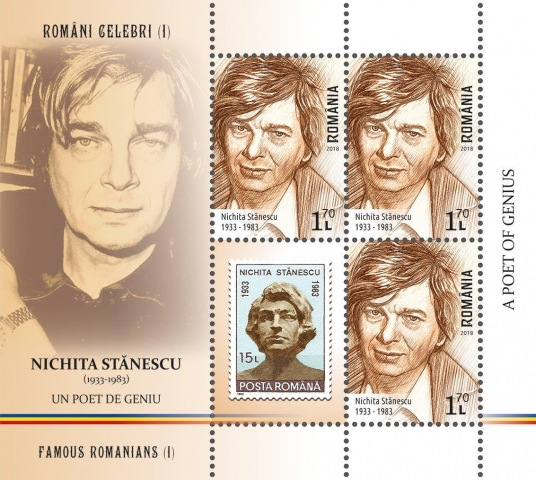 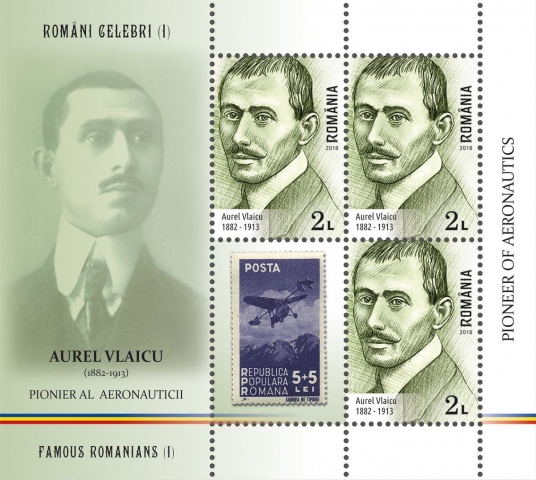 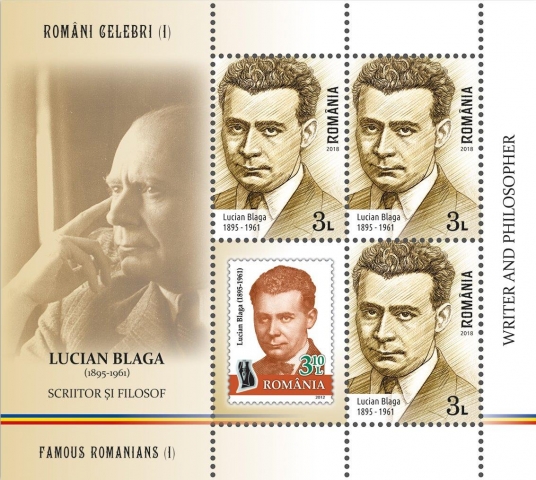 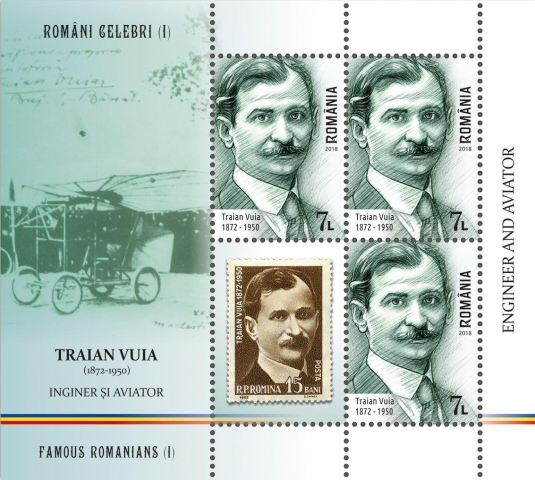 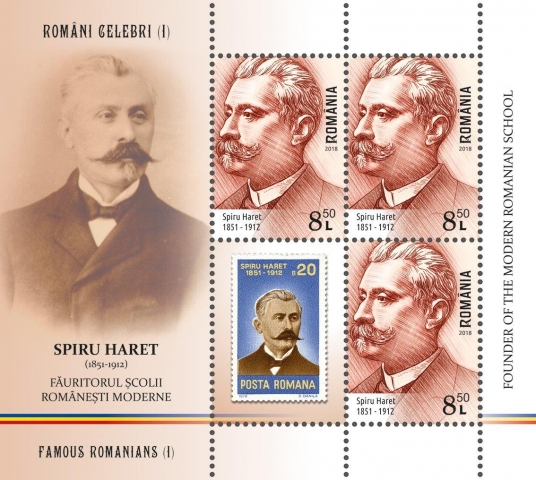 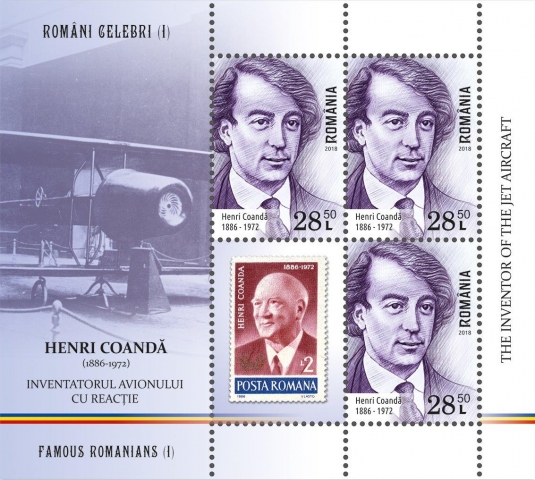