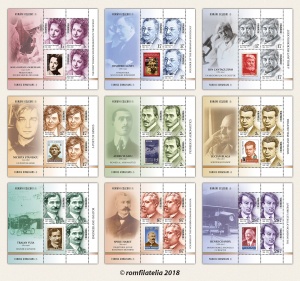 Sofia Ionescu-Ogrezeanu (1920-2008) was the first woman neurosurgeon in the world. She started the Faculty of Medicine in Bucharest, in 1939, preparing for the medical profession in the years of the World War II. She performed her practical training under exceptional circumstances, in campaign hospitals where she cared for the wounded, or under the threat of bombing. In 1943 joined the team of Dr. Dimitrie Bagdasar, the founder of Romanian neurosurgery. In the context of the 1944 bombing of Bucharest, Sofia Ionescu-Ogrezeanu was forced, due to lack of staff, to perform a brain surgery on a little boy who had been trapped under debris. The patient survived, and his savior has become the world’s first woman neurosurgeon! Sofia Ionescu-Ogrezeanu graduated from Medicine in 1945, and in the following year she obtained her PhD in Neurosurgery. She dedicated her entire activity to brain and spine surgeries achieved in the Hospital no. 9 in Bucharest. She performed numerous world premiere surgeries using unique techniques, that have saved hundreds of lives. Sofia Ionescu-Ogrezeanu, an exceptional physician, was also a university professor and part of the Academy of Medical Sciences.

Dimitrie Gusti (1880-1955) founded the Romanian school of sociology, being one of the representative intellectuals of Romania, in the interwar period. He obtained the PhD in Philosophy at the University of Leipzig (1904). In 1910, he began teaching philosophy at the University of Iasi, being interested in social studies. He became a member of the Romanian Academy, in 1918 and a year later founded the Association for Science and Social Reform, later transformed into the Romanian Social Institute. Starting with 1920, Dimitrie Gusti moved to the University of Bucharest, where he founded the first Romanian sociology school. Between 1925 and 1948 he coordinated a broad research of villages in Romania. He used the monographic method, with specialists from different domains. He was also involved in the culturalization of the masses, by means of broadcasting, within the Radio University project. He founded the Village Museum in Bucharest, inaugurated in 1936. Between 1944 and 1946 he was president of the Romanian Academy.

Ion Cantacuzino (1863-1934) was the founder of the Romanian school of microbiology. He studied in Paris, where he graduated from the faculties of Letters, Science and Medicine. For a while he worked at the Pasteur Institute in Paris and in 1901 he was appointed professor of experimental medicine at the Faculty of Medicine in Bucharest. As general manager of the Sanitary Service, he was interested in improving the health of the population. In 1912, he studied the cholera epidemic in Bulgaria and created a vaccine from the isolated strains. In 1913, the soldiers of Romanian army that was involved in the Balkan war were saved by the vaccine against cholera. During the World War I, he has discovered a vaccine against diphtheria, needed on the front. In 1928, Dr. Cantacuzino established the Serums and Vaccines Institute in Bucharest.

In 1920, Ion Cantacuzino (Minister of State) and Nicolae Titulescu (diplomat) signed the Peace Treaty of Trianon with Hungary, on behalf of Romania.

Nichita Stanescu (1933-1983) was one of the most prominent writers of Romanian literature. A graduate of the Faculty of Philology in Bucharest (1957), he debuted in the same year in Tribuna (Cluj) and Literary Gazette (Bucharest) magazines. He was a genius poet, prolific from publishing point of view. Many of his volumes received awards from the Union of Writers, or from the Romanian Academy. He worked in the editorial staff of the most important literary magazines of the time. In 1975, Nichita Stanescu received the prestigious international award Johann Gottfried von Herder. In 1980, at the suggestion of Swedish writer Artur Lundkvist, Nichita was included by the Swedish Academy on the list of Nobel Prize for Literature candidates. Although he did not win, his nomination was a success for the Romanian literature of the time.

Aurel Vlaicu (1882-1913) was an inventor in the field of aeronautics and an aviator. He graduated from the polytechnic schools in Budapest (1903) and Munich (1907), and after completing his studies he worked at the Opel plants in Rüsselsheim (Germany). In 1908, he returned to Transylvania and with the money raised from the family and public subscriptions he built his first glider. Advised by the Transylvanian intellectuals, he moved to Bucharest, where he obtained government support for the construction of a plane (Vlaicu I). Helped by Traian Vuia, he bought an engine from Paris and in 1910 he performed the first flights around Bucharest. Vlaicu also participated in military maneuvers, Romania being one of the first countries in the world to use this weapon. In 1910 also, the inventor built the Vlaicu II plane, an improved version of his first flight apparatus. With this plane he flew in several aviation rallies in cities of the both sides of the Carpathians. In 1912, he participated in the international aviation competition in Aspen (Austria). Aurel Vlaicu died in September 1913, while trying to cross the Carpathians to Orastie.

Lucian Blaga (1895-1961) is one of the representative writers of Romanian culture, being recognized both by his literary and philosophical work. Also, by his journalistic activity, he helped building the national identity of the Romanians. After graduating from the Faculty of Theology in Cluj (1917), Blaga studied philosophy and biology in Vienna, and in 1920 he obtained a PhD in Philosophy. At the same time with the laborious publishing activity, he worked in diplomacy in Warsaw, Prague, Bern and Lisbon. In 1937, he was elected to the Romanian Academy, and in 1939 he became professor of philosophy of culture at the University of Cluj. In 1948, he was removed from the university chair and excluded from the Romanian Academy. The regime allowed him to work only within the Cluj branch of the Romanian Academy Library. Because he had lost his right of signature, in the last period of life he concerns mainly with translations from German literature.

Traian Vuia (1872-1950) was one of the pioneers of aviation. He studied Law and Polytechnics in Budapest, but due to financial reasons, he managed to complete only the Law studies, with a PhD degree. His great passion, however, remained the engineering and moved to Paris to work on the “airplane-car” project. His ideas regarding the flight by using a heavier-than-air apparatus were not appreciated at the time, the Vuia airplane project being rejected by the Paris Academy of Sciences. He built the apparatus on his own and in March 1906 he made the first flight in the world with a heavier-than-air apparatus, which rose from the ground by its own means. Vuia was then interested in the theoretical aviation studies. During the research, he discovered the internal combustion steam generator, which was later used in the thermal power plants.

During the World War I, Vuia worked for the French Army, in the Invention Service. In the spring of 1918, he was one of the initiators of the Romanian National Committee in Transylvania, based in Paris. He returned to the country after the World War II, and in 1946 he was elected in the Romanian Academy.

Spiru Haret (1851-1912) was the founder of modern Romanian education. A specialist in mathematical sciences, he obtained his PhD in Paris (1878), asserting himself as one of the founders of astronautics. After returning to Romania, he taught sciences at universities and higher schools, being elected in 1892 as a member of the Romanian Academy. His main contribution to the development of the Romanian culture consisted of the reforms in education, which he led during 1897-1910, as minister. In 1898, he drafted the law of secondary and higher education, according to the Western model. Another important law was the reform of vocational education, organized in art and craft schools, military high schools and theological seminars. He was interested in teachers’ training, reorganization of normal schools and the foundation of the “pedagogical library”, which printed translations from the specialty literature. Haret has also the merit of setting up kindergartens. In 1904, he founded the Historical Monuments Commission.

Henri Coanda (1886-1972) is one of the greatest inventors of the 20th century, author of more than 250 inventions, for which he obtained 700 owner patents, in different countries of the world. After graduating from the Artillery and Engineering School in Bucharest (1905), he went to Germany, where he studied at the technical schools in Charlottenburg (Berlin), Liege and Paris (1906-1909). In 1910, he obtained the patent for the turbo-propeller engine in France, and in the same year, at the Paris Aeronautical Salon, he presented the world’s first reaction airplane, the precursor of today’s turbo-jet engine. Another invention that revolutionized the engineering was the Coanda Effect (patented in 1934), which allowed him to build a “flying saucer”, without mechanical parts, which took off and landed vertically. Other applications of the Coanda Effect include: gas turbines, propulsion of air vehicles, recoil brake for fire arms (created the first cannon for airplanes without retraction), and also medical devices for artificial respiration. In the 1960s, he worked for NASA, in secret research programs. He returned to Romania in 1970, where he initiated scientific programs and brought together a team of specialists. In 1971, he was elected in the Romanian Academy. 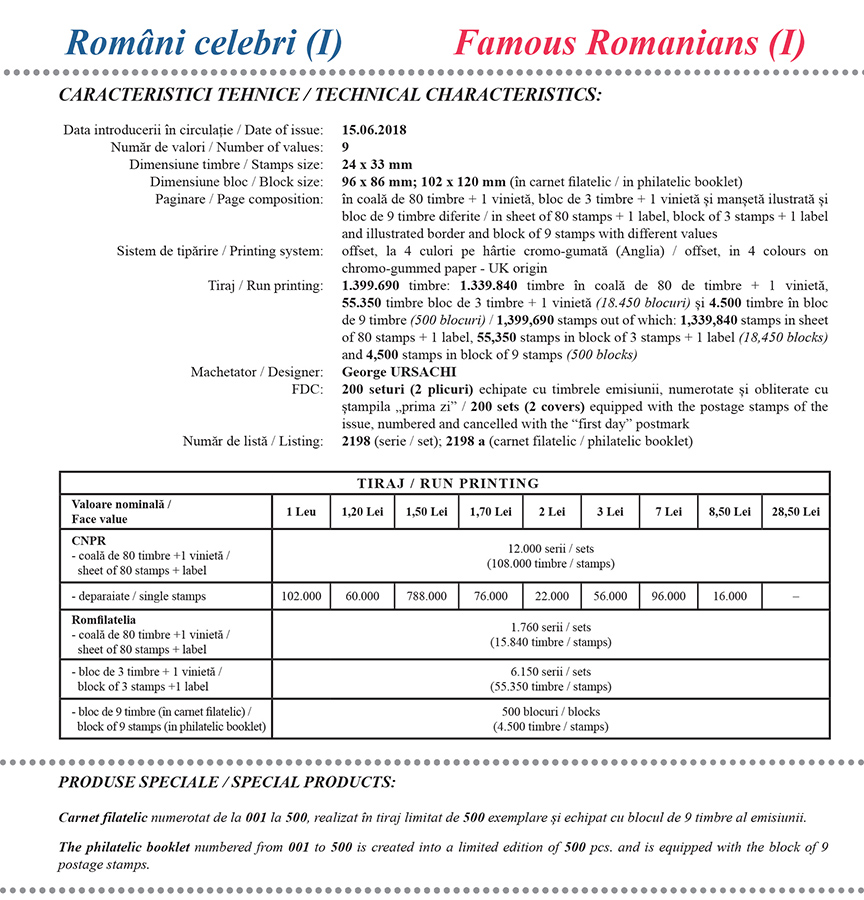