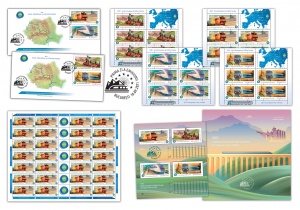 The European Year of Rail postage stamp issue will be available starting Friday, September 10th, 2021, in Romfilatelia stores in Bucharest, Bacău, Brașov, Cluj-Napoca, Iași, Timișoara, as well as in our online store: https://romfilatelia.ro/store /. 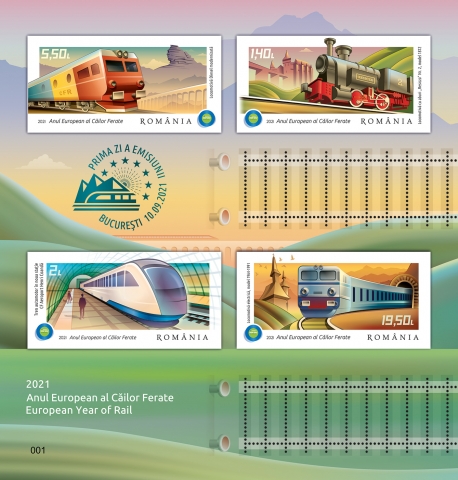 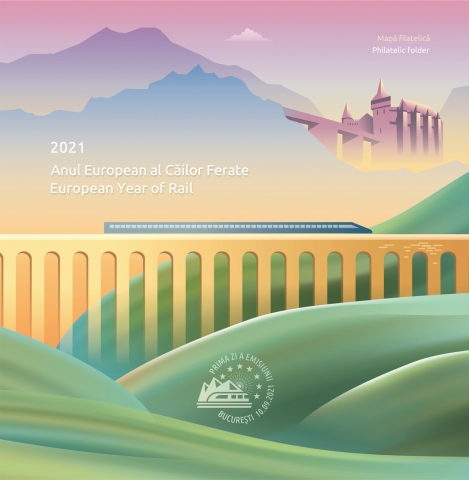 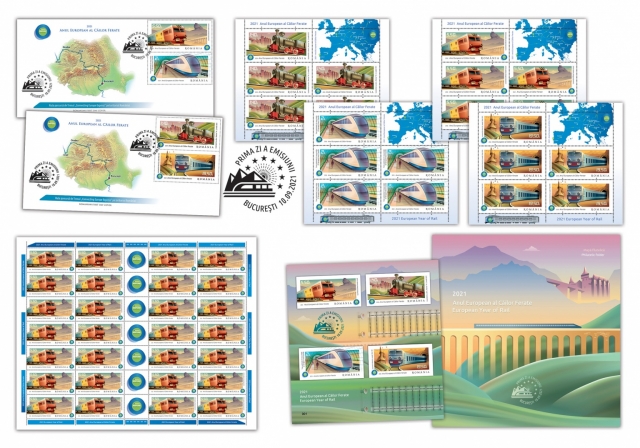 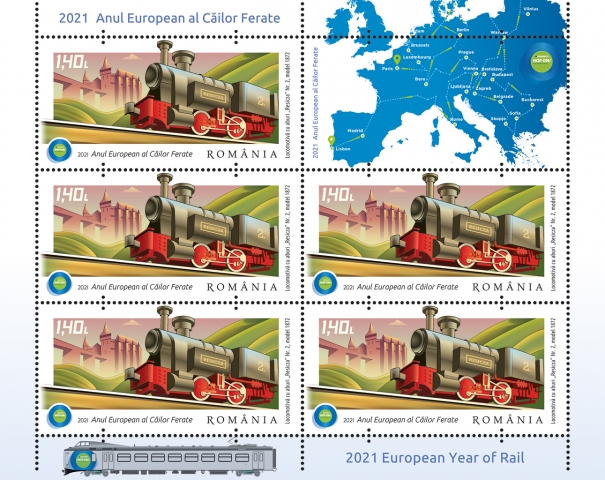 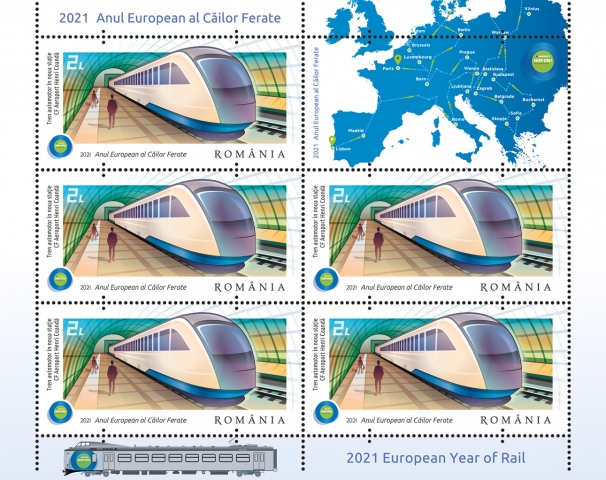 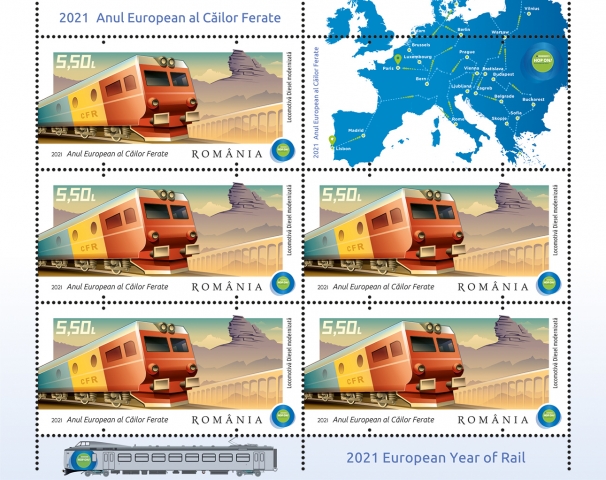 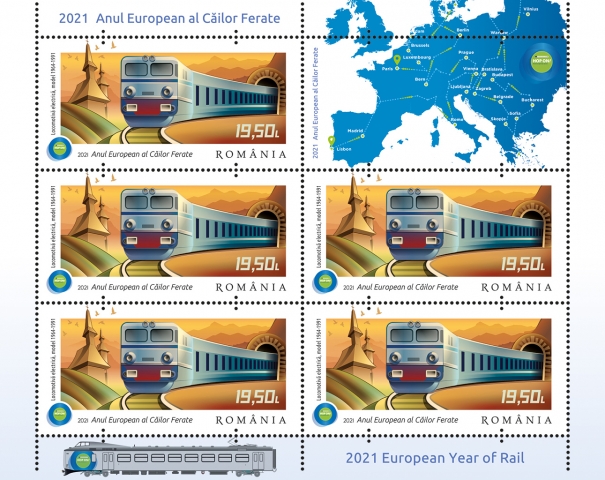