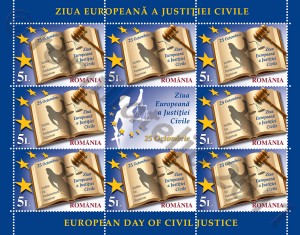 In 2003, at the joint initiative of the European Commission and the Council of Europe it was celebrated the European Day of Civil Justice for the first time.

The celebration of this day aims to approach the civil justice to the citizens and to expand the understanding sphere of the act of justice.

On October 25th, in the participating countries there are organized conferences on juridical themes, meetings of the professionals in the juridical field with litigants, “Open Gates” Days at the law courts, as well as promotion and information events.

The celebration of this day represents a good opportunity to support the citizens in their effort to better understand the field of civil justice on its whole and also the operating mechanisms of the legal systems specific to each state separately.

For the Romanian legal system, as well as for the Romanian society, the significance of this day is even stronger, since in October 2011 the New Civil Code entered into force as a base of the legal system and also a pioneer of legal institutions that will create new paradigms.

The accomplishment of a postage stamps issue dedicated to the European Day of Civil Justice that Romfilatelia introduces into circulation, on the occasion of the 9th celebration event on 25th of October 2011, reinforces the significance of this day for the European justice and its citizens.

At the same time, as a preview of this postage stamps issue, Romfilatelia, in cooperation with the Ministry of Justice, introduced into circulation at the end of September this year, the postal stationary “1st of October 2011 – The entrance into force of the New Civil Code”, in order to mark the special importance of this event, not only for the entire legal system, but also for the citizens of this country. The action fits into the efforts of putting forth the New Civil Code.

To illustrate the importance of giving up the old Civil Code and the adoption of the new one, at printing the above mentioned postal stationary there were used, in a special graphics, images reproducing:

– The first page of the “Civil Codex” published in the Official Gazette of the Romanian United Principalities on December 4th/16th 1864;

– The first three articles of the New Civil Code – in a different format from the one printed in the Romanian Official Gazette;

– The printed stamp representing Ministry of Justice emblem, image that illustrates its regulatory role of the normative and institutional framework of the legal system and the serving of justice as a public duty.

The postage stamp of this issue reunites in its graphic composition the symbol images of Justice: a book of laws applied for judgment causes, on whose files there are superposed the scale of weighting and dividing justice held by Justice Goddess and the instrument with which the judge’s desk is hit when pronouncing the final sentence.

The Latin aphorism, chosen as motto by the Romanian Ministry of Justice “Justitia Est Fundamentum Regnorum”, is translated as follows: “Justice is Fundamental to Reign”.

We kindly thank the Ministry of Justice for the support granted in the accomplishment of this postage stamps issue. 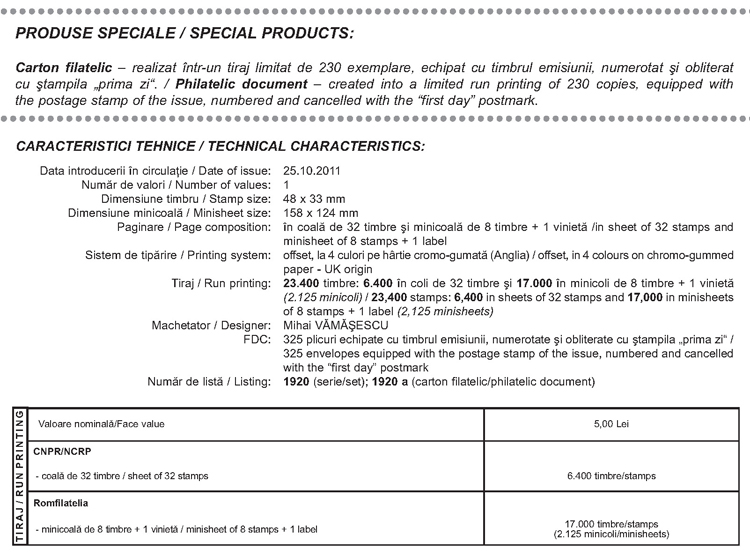