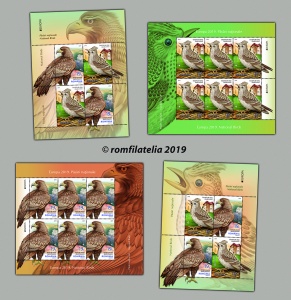 For this year, under the title Europa 2019, PostEurop, body of the Universal Postal Union, a United Nations specialized agency, has chosen the theme National Birds, a topic greatly appreciated by collectors.

In addition, the stamps issue is completed by a special philatelic product with a medal having on the obverse in the front the image of The Golden Eagle. Its reverse features, in the foreground, the Heroes’ Cross, designed and erected under the supervision of King Ferdinand and Queen Marie between 1926 and 1928 and dedicated, as it is written on the commemorative plaque, “to the glory and memory of the heroes from Prahova who fell in the First World War, 1916-1918, to defend their country”.

The colour is generally light brown, with thick and dark spots, with white abdomen and the posterior edge of the wing of whitish colour. On the head it has a crest of a smaller size compared to the skylark, whose crest is more pronounced. The length of the body is 18-19 cm, and the wingspan is 30-36 cm, with a body mass of 45-55 g. The maximum longevity reached in the nature is up to 11 years.

Its birdcalls can be heard from the early hours of the morning, consisting of high notes, repeated in long series. The Eurasian Skylark is even more special, as it is the only bird that sings during its rise at high altitudes, until it can only be spotted by hearing its endless song.

Its arrival symbolizes the setting of spring in the places where it settles that year. Because of its habit of rising in the air and singing in the sky, people felt fascinated by its presence, which is why the Eurasian skylark represented a leitmotif of the Romanian culture, inspiring musical compositions such as George Enescu’s Romanian Rhapsody and numerous legends, being presented either as the daughter of the sun, or the girl who fell in love with the sun.

The Golden Eagle is not necessarily considered a high-mountain bird, some researchers noticed that these species have been forced to leave the beech forest area gradually and to climb in higher areas with lower trophic supply, mainly due to massive forest exploitation of the last century. In the 1950s, only a few dozen pairs nestled in the Romanian Carpathians, mainly on the steep slopes of Bucegi, Retezat and Ceahlau. Also, campaigns to combat wolves with strychnine in the past have led to a drastic drop in flocks, mountain eagles sometimes feeding with animal corpses during heavier winters.

Romfilatelia thanks the “Grigore Antipa” National Museum of Natural History from Bucharest, for the documentary support given to this postage stamp issue and the photographer Silviu Matei. 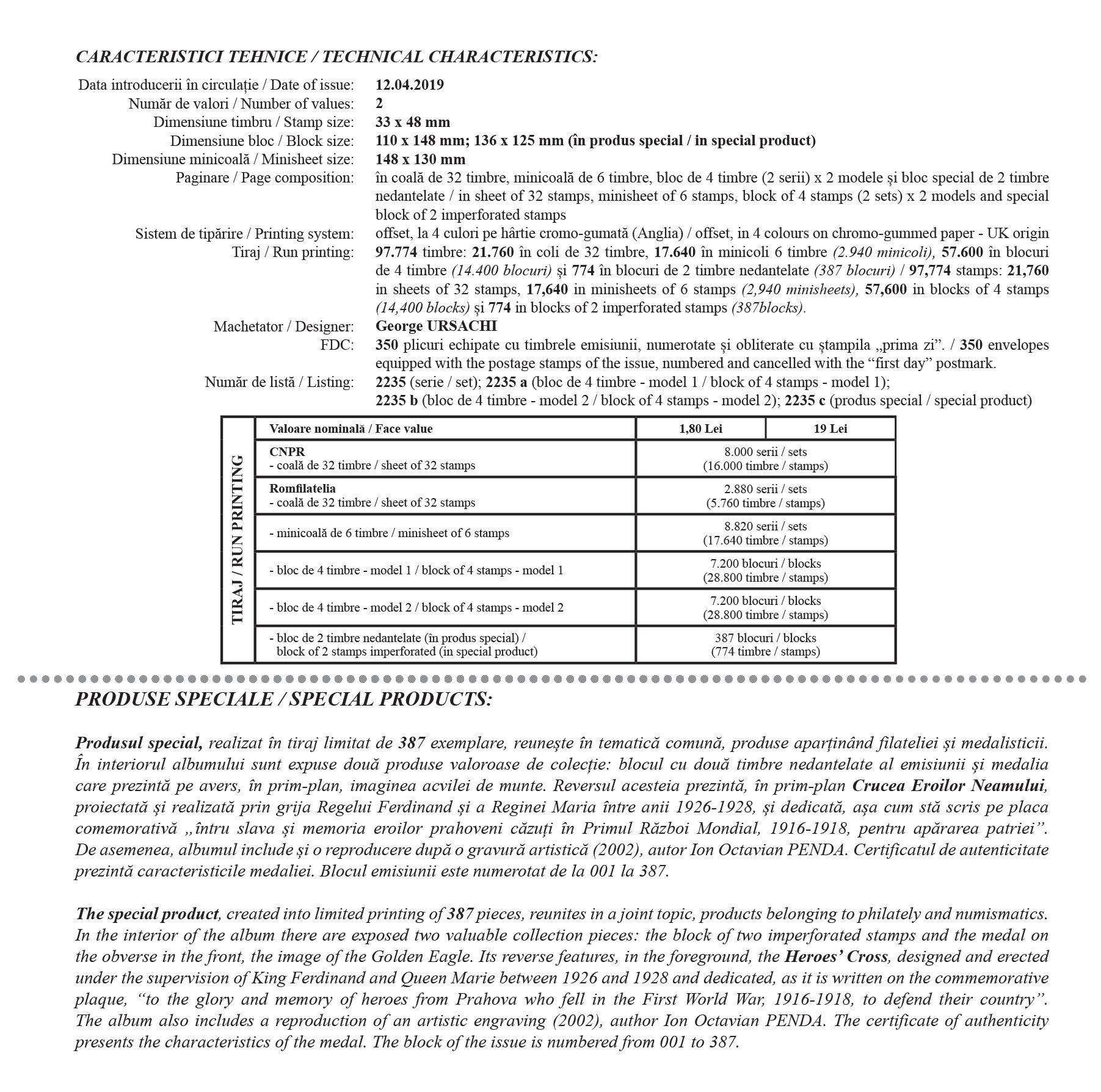