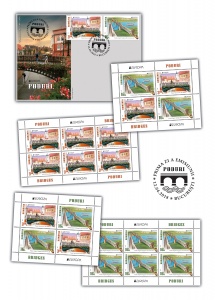 Under the title Europa 2018, Romfilatelia introduces into circulation the postage stamp issue Bridges, topic selected for this year by PostEurop, a body of the Universal Postal Union, a specialized agency of the United Nations.

The new issue will be available on Thursday, April 12th, 2018,  in Romfilatelia’ own shops network in Bucharest, Bacau, Brașov, Cluj-Napoca, Iași and Timișoara and online on https://romfilatelia.ro/store/.

The Bridge of Lies in Sibiu, a true symbol of the city, was built
in 1859, being the second bridge in Europe made of cast iron and the first on the Romanian territory. Still in operation, it links the two sectors of the Small Square, allowing the link between the Lower Town and the Upper Town. Since the bridge was not built on supporting pillars, it was called in German Liegenbrücke, translated the lying bridge. The locals began to call it the bridge of lies because in the Transylvanian Saxon dialect, the word lying (lugenmarchen) is the homonym of the word lie.

Cernavoda Bridge, originally called King Carol I Bridge, renamed later Anghel Saligny Bridge to honor Anghel Saligny, the designer and contractor of the bridge, was built between 1890 and 1895, to provide the rail link between Bucharest and Constanta. It was designed 30 m above the Danube, to allow the passage of vessels with the highest masts. When building it, Saligny brought two major innovations: the new beam system with consoles for the superstructure of the bridge and the use of mild steel instead of puddled iron, as a building material for bridge deck. Anghel Saligny Bridge has been used for almost a century, until 1987, when a new bridge was built. The bridge is included in the List of Historic Monuments, under the name Carol I Bridge with “Dorobantii” statues.

The postage stamp issue is completed by a First Day Cover, as page composition there were used a sheet of 32 stamps, a minisheet of 6 stamps, two models of blocks of 4 stamps (2 sets) and a special block of two imperforated stamps.

In addition, the issue will be completed by a special philatelic product, with a medal. The medal’s obverse renders, in the foreground, the portrait of the engineer Anghel Saligny (1854-1925), the designer of the bridge with the same name, a reproduction of the engraving made by the late artist Octavian Ion Penda, with a detail of the metallic structure of the bridge. Its reverse features, in the foreground, the stone construction of the bridge entrance, flanked by bronze statues of two infantrymen Dorobanti, symbol of respect for the heroes fallen in the War of Independence.

Romfilatelia thanks the photographer George Avanu for the support granted for the achievement of this postage stamp issue. 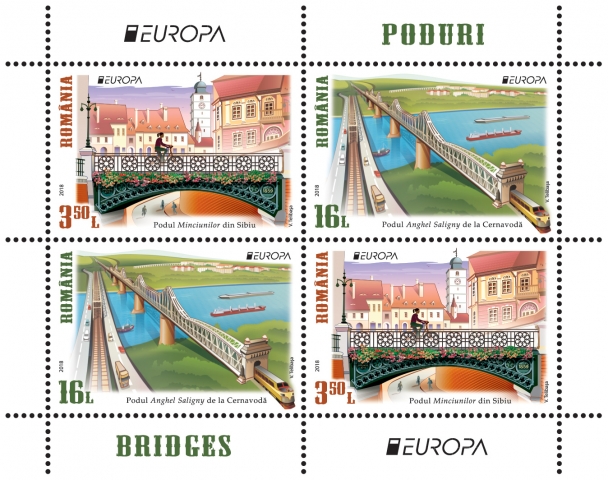 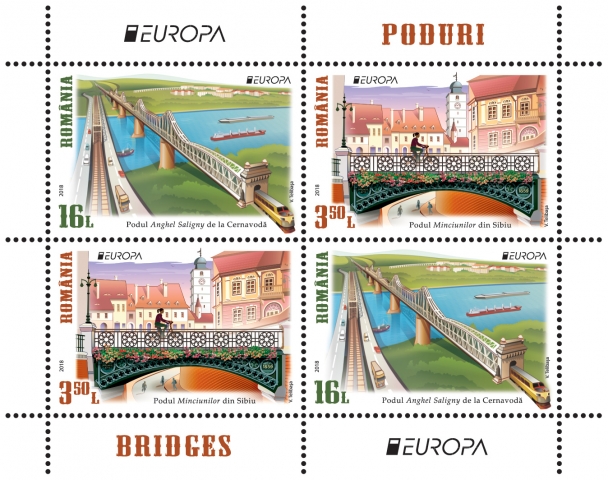 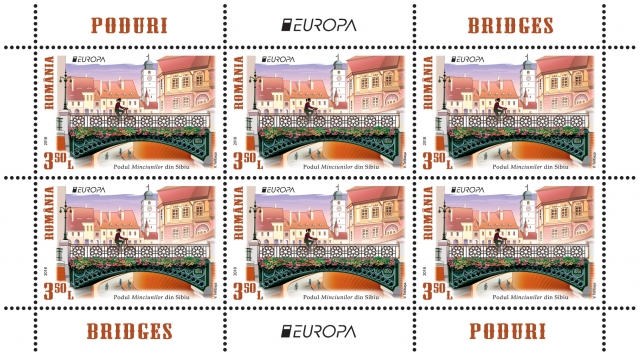 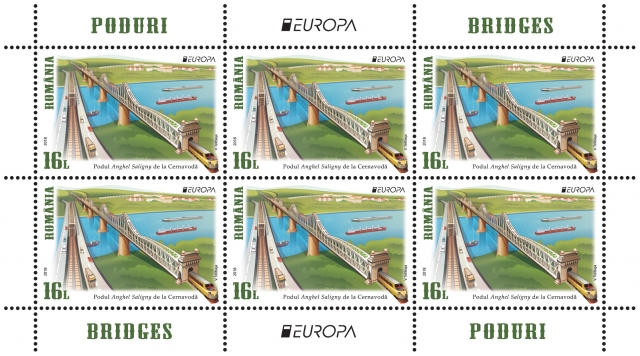 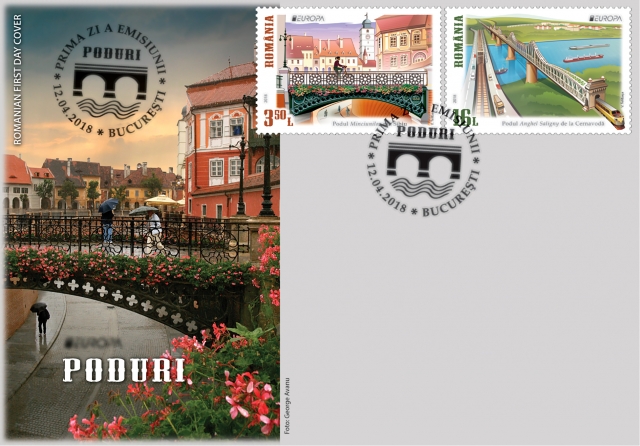 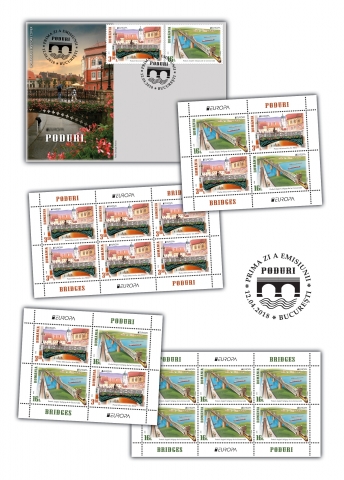 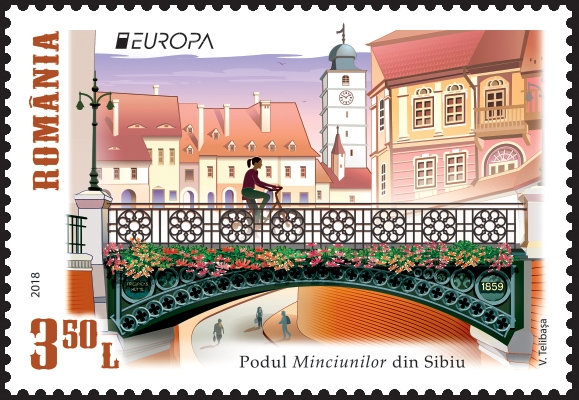 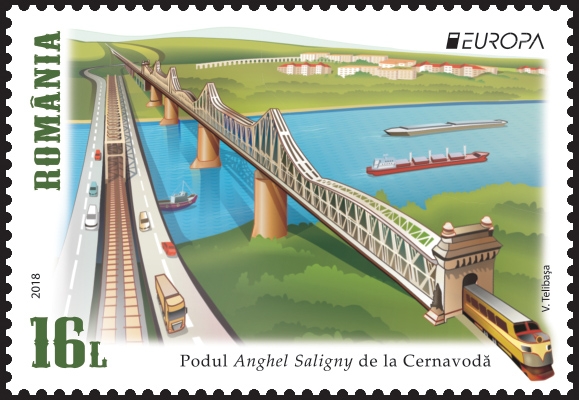