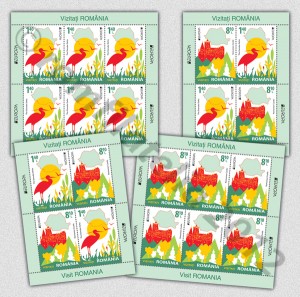 The rich British who, before getting married, were in the habit of going on a trip on the continent for recreation and wishing to visit other countries, generalized the first manifestations of an organized tourism due to the frequency of these trips.

Therefore, Europe has become the most visited continent having the most countries and tourist attractions in the world.

As a consequence, this year the theme chosen by PostEurop – under the title Europa 2012 is Visit…, a theme representing an invitation to know, through stamps, the tourist attractions of the countries of the European continent.

In Europe, there are several types of tourism such the sea spa tourism, the cultural-historical tourism, the mountain tourism and the winter sports.

The territory of present Romania, existing ever since the beginning of the first millennium, was formed on the territory of ancient Dacia, in the South-Eastern area of Central Europe including the arch of the Carpathians in the middle and bordered by the Danube and the Black Sea.

Having almost all landforms existing in nature, thousands of rivers and thermal springs, parks and national reserves, famous and unique caves in Europe, salt mines, the Black Sea shore, Romania presents its beauties as important landmarks on the European map of sea spa tourism.

Herculane, Felix, Sovata, and Calimanesti Spa Resorts, Praid and Slanic Moldova salt mines, Eforie Spa Resort or the string of maritime resorts on the Black Sea shore, from Mamaia up to Mangalia, are only a few of the tourist attractions of our country.

The largest delta of the continent, the mirifical Danube Delta, the youngest European land, permanently metamorphosing, has numerous tourist attractions. It is the unique delta in the world that has been declared a Biosphere Reserve, registered on UNESCO Heritage list of natural monuments.

The Carpathians, with their wonderful Prahova Valley, where the mountain resorts are ready to host the European Youth Olympic Festival (EYOF) – 2013, with one of the largest and most beautiful natural reserves from Europe, Retezat National Park, with Peles and Bran Castles, are other highly appreciated tourist attractions.

Romania is the country of the famous wood churches from Maramures and the unique Merry Cemetery in the world, the cemetery of Sapanta, of the Moldavian monasteries with the notorious Voronet Monastery and its well-known painting whose blue colour amazes any visitor.

Romania deserves to be visited for the uniqueness of its beauties and the numerous traditions kept along centuries.

All these are presented with simplicity and modesty, revelead with generosity to all who visit this mioritical space that always belonged to the ancient Europe.
Issue date: 2012-04-06 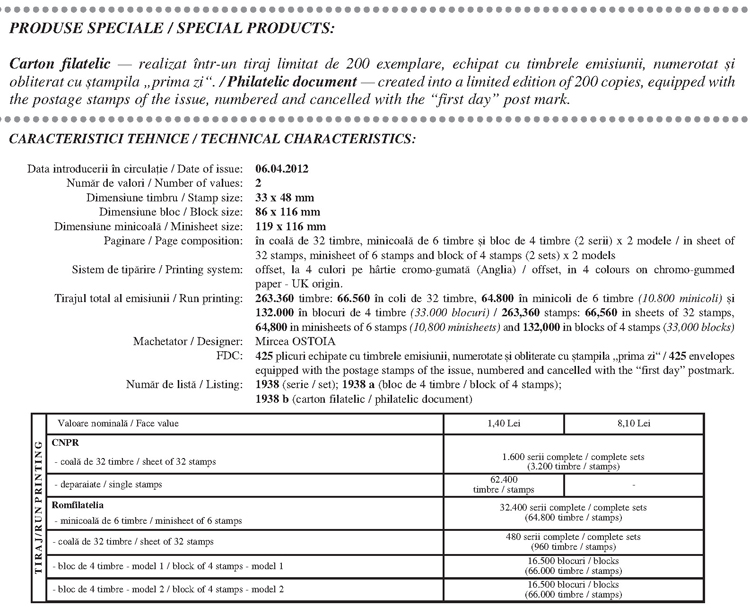