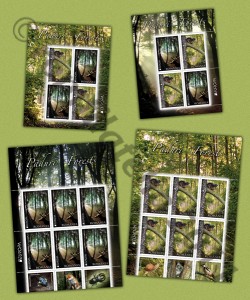 The topic of the issue positively joins the list of events carried out within the manifestations dedicated to the International Year of Forests 2011 declared by the United Nations General Assembly.

Forests, the ecosystem harmonizing a complex vegetal environment, as a wide diversity of trees and plants, with numerous species belonging to what generically is called “fauna”, represent at the same time a first rank factor in terms of climate.

A real “lung” of the Earth, the forests ensure the carbon circuit in the nature by retaining the carbon dioxide through the photosynthesis process and releasing one of the vital elements, the oxygen.

Scientifically, the previsions of an increase by 2ºC of the average temperature prove, besides other serious meteorological phenomena, a rising of the sea and ocean level by 18 up to about 60 cm.

Climatic changes might affect particularly the water resources, the agriculture, the terrestrial and aquatic ecosystems, the coastal areas to which we may also add the negative influences on people’s life and health.

Consequently, stopping the worldwide deforestation until 2020 would be one of the most effective measures so as to limit and diminish the “greenhouse effect”.

Romania, at present a relatively poor country in forests, has a forest percentage of about 27% where as two centuries ago this was about 60%. By comparison, we must mention that the forest percentage in Slovenia is of 63%, in Austria of 47%, in Bosnia of 43%, in Slovakia of 41%, and the average in the European Union reaches 42%.

Attempting to end the uncontrolled deforestation, the Ministry of Environment and Forests in Romania together with Romsilva are carrying out the National Programme “The month of tree planting” meant to revigorate and regenerate the Romanian forests.

Within the same Programme, it is also aimed the foresting thousands of hectares in the plain areas where many lands have no longer been used for agricultural works or in the areas where land slides occur frequently.

We kindly thank the Ministry of Environment and Forests and the National Forests Authority – Romsilva for their documentary assistance and images supplied for the accomplishment of this postage stamps issue. 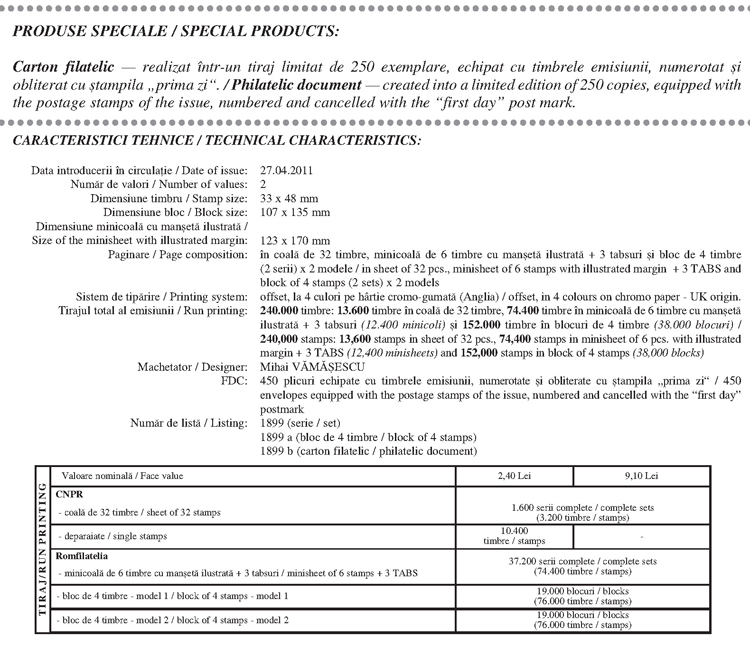