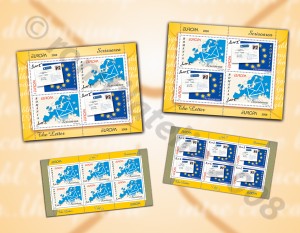 “The Letter”, postage stamps issue that Romfilatelia introduces into circulation, is a national but equally, an European event of high importance for all age philately lovers and also for the general public because of its theme line, Europa.* Along the history, written messages have played a crucial role in the preservation of the cultural folk heritage which has always been a major factor in the evolution and development of mankind. People have always tried to leave traces of their passenger lives, first through the cave mural paintings, subsequently, by inventing the alphabet they started creating written messages and also developed writing. Papyruses delivered through messengers, epistles sent through pigeons, information notes were delivered to the addressee by horse-riding messengers and latter on with carriages; all of these in order to easier communication of the people.
How many wars were won or lost and how many love stories knew their beginning and end because of written messages? Tragedies and joys, hopes and failures, how many of these were brought about by the text enclosed on papers transmitted from one place to another?
And had it not been for the letter, would the stamp still have been invented?
With the emergence of the train, the telegraph, and the plane, the messages that people sent started to gain speed reaching their addressee quicker. The telephone, the communication satellite, the mobile phone, and the email have rendered inter-human communication almost instantly.
The number of people who presently still resort to mailing letters decreases from one day to the other.
And now, approaching the end of the first decade of the 21st century, we are confronted with another curiosity: how long will the letter survive?

* We feel the need to bring to your attention that the theme line for every year is established by POSTEUROP. Under the generic theme EUROPA, the subject is each time approached by each member country of this organization based on their national specificities. All stamps under this theme issued by each individual country will take compete in a prodigious international stamp contest. 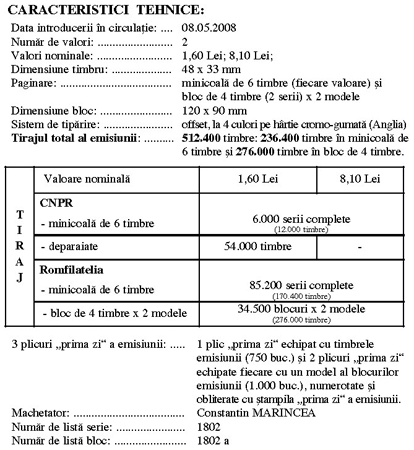