Romfilatelia releases under the title Europa 2006, the postage stamps issue &quot;Immigrant integration seen by children&quot;.This issue is a national and international event, highly important both for the philatelists of all ages and for the general public due to the extremely diversified thematic. Please note that the theme EUROPA is established each year by POSTEUROP. Under this title , the subject is approached by each member state of this body, taking into account the national specificity. The postage stamps around this theme, issued by each separate country, will participate in an important international competition.
Nowadays, the immigration phenomenon, namely a citizen´s abandon of his country to temporarily or definitively establish in some other country, where he is considered to be an immigrant, has gained international amplitude. This phenomenon is mainly generated by wars, political persecutions or poor economic conditions of certain countries.
During the last ten years, the number of immigrants in Romania also increased dramatically, now reaching several thousands. Thus, our country felt the need to enact a normative act settling the regime of foreigners, their entrance, stay, rights and obligations.
In 2001, a Special Program was approved for the social and professional integration of foreigners who acquired the status of refugee in Romania. The social and professional integration involves the application of some measures with regard to: cultural habituation, learning of the Romanian language, the access to the national education system of Romania, the access to the social security system, the free access on the workforce market and to the social security system, the accommodation right.
The drawings that appear on the postage stamps of this issue were drawn by refugee children inside the program &quot;Refugee children integration into the Romanian society&quot;, and were generously placed at our disposal by the organization called &quot;Save the Children Romania&quot;.
&quot;Save the Children Romania&quot; is a non-governmental, non-profit, national, public organization based on the voluntary activity of its members, ensuring the development of certain programs to the benefit of all children, particularly of those in difficult situations. The mission of the organization was established according to the principles of ensuring the chance to equal rights for all adults and children.
&quot;Save the Children Romania&quot; is the promoter of the following principles:
-a world where every child is appreciated and respected
-a world that listens to and learns from children
-a world where every child has hopes and perspectives
The International Alliance &quot;Save the Children&quot; is the largest independent movement at the international level, acting for the defense of the children´s rights. It has 27 members and develops programs in more than 100 countries. 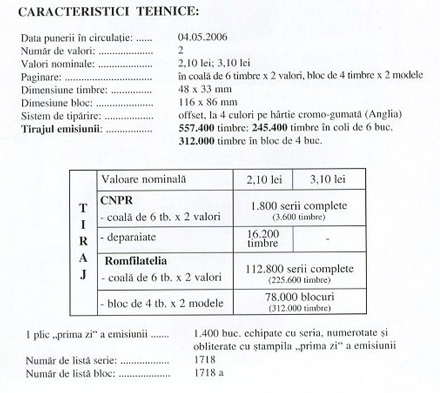