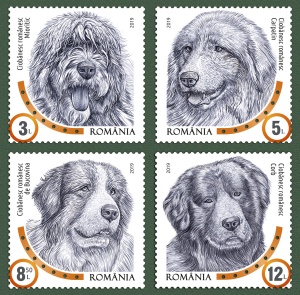 The Mioritic Shepherd Dog is calm, balanced and very brave, which recommends it for the sheep flock guard, being an effective fighter against potential predators (bear, wolf, and lynx).

The hair is abundant on the head and on the body, of rough texture, straight and at least 10 cm long, and on the limbs is shorter. Referring to the colour, the background should be white, with well defined, black or grey spots.

There are also dogs with completely whites or grey hair, but the tip of the ears must be pigmented in dark grey or black.

It is a relatively large-sized, agile dog with a generally vigorous appearance. Its body is covered with a coarse, thick and straight, sandy-coalish (greyish brown) colour hair (wolf-like), with different shades, often lighter on the sides and darker over the trunk or with white spots, not very widespread. Except for the head and front side of the limbs, where it is short and flat, the hair is abundant throughout the body, of the right length. On the neck, the back side of the limbs and the tail, the hair is longer, its abundance in these regions being typical. The chest is wide and deep, the shoulder line is long and at a slight angle with respect to the back line.

The height at the withers indicates 65-73 cm for males and 59-67 cm for females, with an extra deviation or minus 2 cm for both genders.

It is a large-sized dog, with a massive and vigorous body, with slightly marked withers.

The head and the front side of the limbs are covered with short hair, while on the rest of the body the hair is abundant, straight, thicker and rougher, reaching 6-9 cm in length. On the neck, the hair is longer and forms a hem, and on the back side of the limbs, the hair forms moderate length fringes. The classical colour of this breed is white with well-defined spots of sandy-coalish (greyish brown) (wolf-like), tiger-spotted or black. On the limbs, black or different shade splashes are allowed.

Commanding, haughty and proud, the Bucovina Shepherd is balanced, calm and very devoted. It loves children, but strongly mistrusts strangers, being an excellent guard dog for sheep flocks or cattle herds and real estates, courageous and combative against potential predators (bear, wolf, and lynx). At night, it patrols, signalling the approach to its territory of strangers or animals through a very strong bark, with a low tone, which travels over great distances.

The Romanian Raven Shepherd Dog, represented on the stamp with the face value of Lei 12, is a natural breed that has formed in the area of the Southern Carpathians and the sub-Carpathian regions (Dambovita, Arges, Prahova, and Brasov Counties). Although its area of spreading is relatively limited, due to its qualities, the existing population is numerous. This dog has been known for generations under the name of „Raven” due to the black fur, on at least 80% of the body, with white markings on the chest and on the paws, with no spotting.

The specimens of this breed are highly appreciated and used with great success in guarding flocks or herds and real estates. It is a large-sized, commanding, brave and proud, balanced, calm dog with a very developed guarding instinct, combative against potential predators (bear, wolf) and distrustful of strangers. Its bark is strong, deep and can travel over great distances.

Its body is massive and vigorous, with a massive head, well-shaped, strutting walk, slightly elevated with respect to the back line. The males have a height, measured at the withers, between 70-80 cm, ideally 75 cm, while the females are 65-75 cm high, ideally 70 cm. 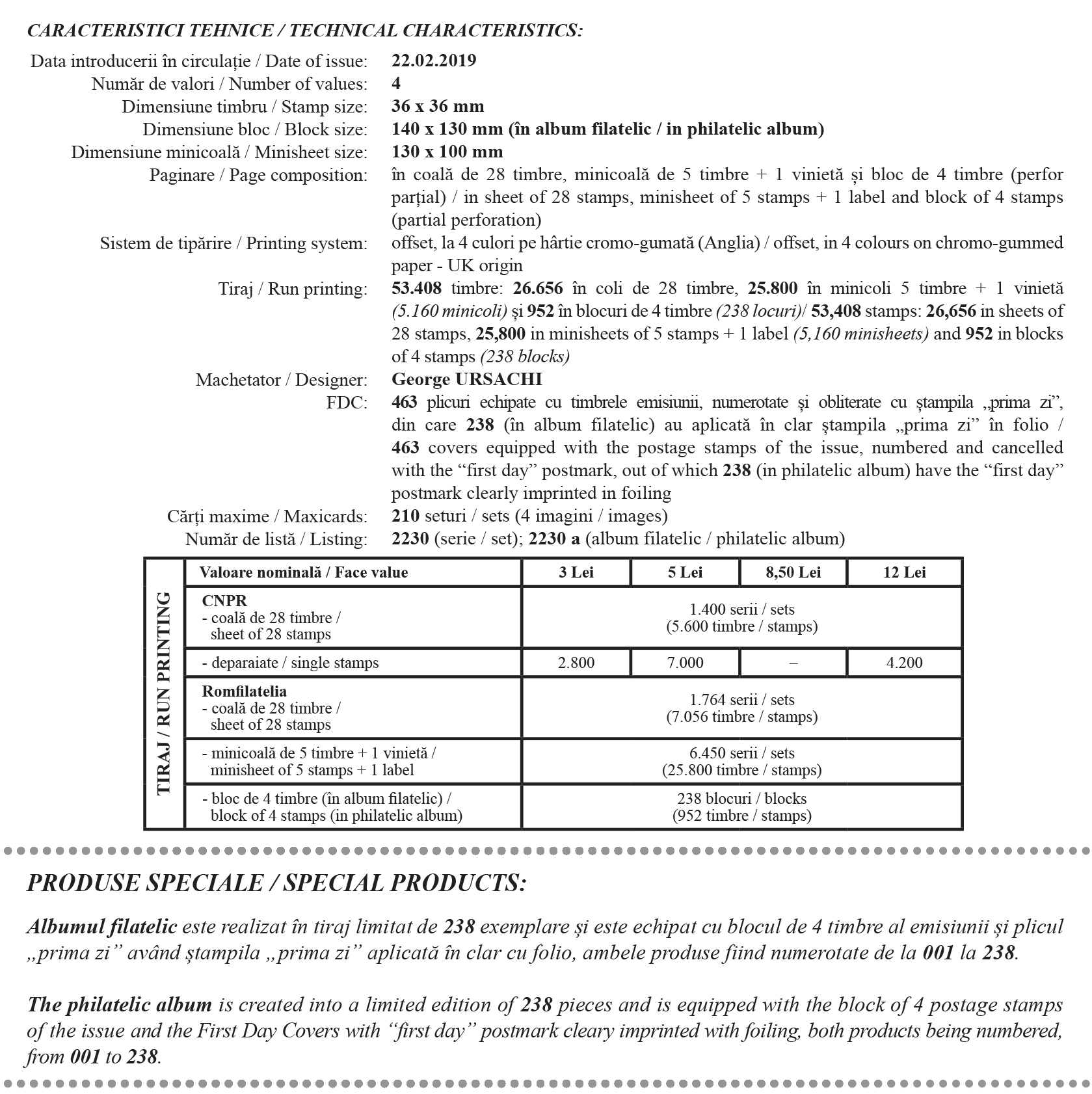