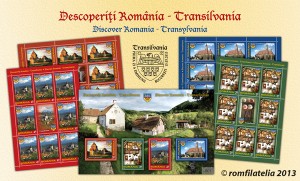 Surrounded by the Carpathian Mountains, Transylvania- Terra Ultrasilvana or “the land beyond the forests” – is the territory where the Dacian state, ruled by King Burebista, experienced the most prosperous period in the history of the Geto-Dacians and, at the same time, by its organisation and expansion, it laid the foundation of the future Romanian territories.

Over time, many established on theterritoryofTransylvania: Hungarians, Germans, Szeklers, Saxons, Armenians, Jews, and the architecture visibly reflects features of each ethnic group. The styles represented by civil, military or religious edifices, gracefully combine the characteristics of different cultures and civilisations.

The past full of history, the particular beauty of the areas, the natural treasures, all provide to anyone entering this world a unique image of the nature and spirituality of the people from these places.

Cluj has been for many centuries an important economic and cultural centre of Transylvania. After being raised to the rank of city (civitas) at the beginning of the 14th century, it has very quickly developed both in terms of town planning, political and administrative organisation, and of crafts, trade and culture.

A relevant witness of the city history is present in the architecture of the Saint Mihail Church, still one of the representative edifices of the city. The church was built with the pecuniary contribution of the citizens for approximately 13 decades, the building site being established in the first half of the 14th century and being finalised at the half of the following century. From a stylistic point of view it bears the chaste, monumental mark of the mature Gothic art and the late flamboyant Gothic art and it consists of a choir with lateral chapels and three unequal aisles. The high tower dominating the Western façade of the edifice was built in its current neo-Gothic form in mid-19th century. The church does not stand out by a lavish decoration, but it impresses by the balance of proportions and the harmonious, aerated inner space, a representative feature of the Transylvanian Gothic art.

On the south side of the church, in the large central square of the city, the statuary group of Matthias Corvinus was unveiled in 1902. Its pedestal depicts a bastion of the fortress, on the wall of which the equestrian statue of the Romania-originating King Matthias Corvinus receiving the homage of his most important dignitaries, gloriously rises.

Viscri is one of the Saxon establishments from the southern area ofTransylvania, which maintains the typical appearance of these localities: even street networks, with compact fronts alternating with house façades with high surrounding walls, closely grouped around the church located in the middle. For centuries, the latter has been the centre of the spiritual and public life of the local community, a place of prayers, help and refuge, and a witness to all its important events.

The fortified church from Viscri was built around the structure of an older cult edifice, a Romanic church, and it is the result of many successive expansions, additions and modellings made during the 14th-18th centuries. Today, the fortified group consists of the church with a choir, hall and high tower on the western façade, a first surrounding wall with towers and bastions and a second surrounding wall partially maintained.

The uniqueness of the monument is represented by the architectural response to the double use, destinated for both the religious services and the defence in case of danger, the result being a perfectly balanced ensemble formally and functionally. Its particular architectural and cultural value has entailed its inclusion in 1999 on the UNESCO World Heritage list.

The nature and the history can be found in the beautiful regions of Transylvania in an exceptional harmony, representing an evident particularity of the territory of Romania. The permanence of the traditions, of the affection to the past, of the respect for keeping the historical inheritances and the spirituality can be visibly observed. Prince Charles expresses most fairly the above: “What I like about Romania is its timeless, remarkable character, that is like in the stories one was read as a child. It is like going back in time… Generally, people wish to be part of, to identify with nature. The human cultural system is very important, being the one in direct connection to it. Such a feeling is inside us but we are denying it, we are pushing it away, we are trying to convince ourselves it does not matter, that it is irrelevant. But it is not at all irrelevant. It nourishes the soul and the heart. This is what Romania ultimately does to one.”

The guest house from Valea Zalanului,CovasnaCounty, was arranged starting 2008, when Prince Charles ofGreat Britain purchased here an estate. Ever since 1998, when His Royal Highness visited Transylvania for the first time, he has been deeply impressed by its landscape and culture, appreciating the way of living of the inhabitants having survived the passing of time. In order to protect and capitalise on the cultural potential of the area he has promoted the sustainable tourism and the recovery of the traditional architecture.

Transylvania, the land beyond the forests, invites you to visit it !

We thank Count Tibor Kalnoky for the support granted in the accomplishment of this postage stamps issue. 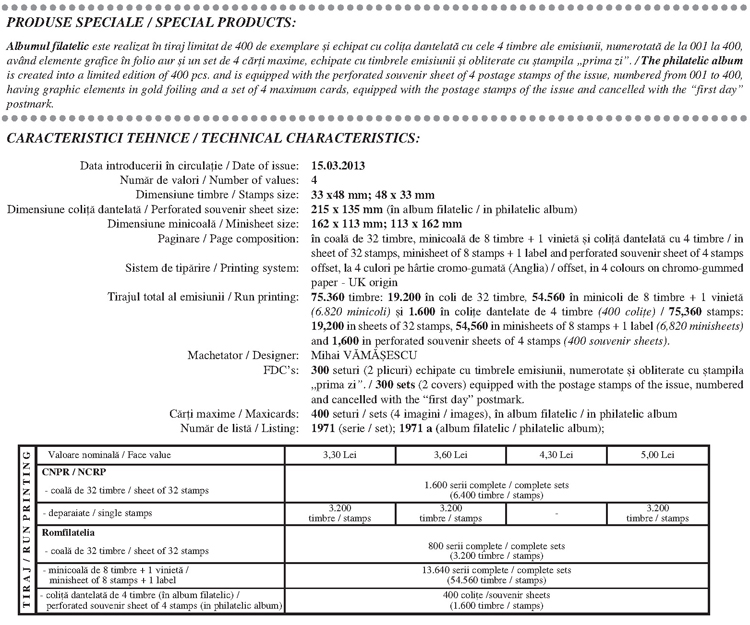