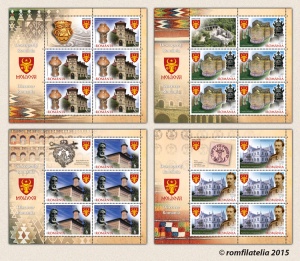 Romfilatelia thanks the Moldavian National Museum Complex (the Al. I. Cuza Palace from Ruginoasa), the Neamt Municipal Museum Complex (the Cucuteni Eneolithic Art Museum and the Neamt Fortress Museum), Vanatori Neamt Nature Park, as well as the photographers George Avanu and Constantin Dina for the support granted in the accomplishment of this postage stamp issue. 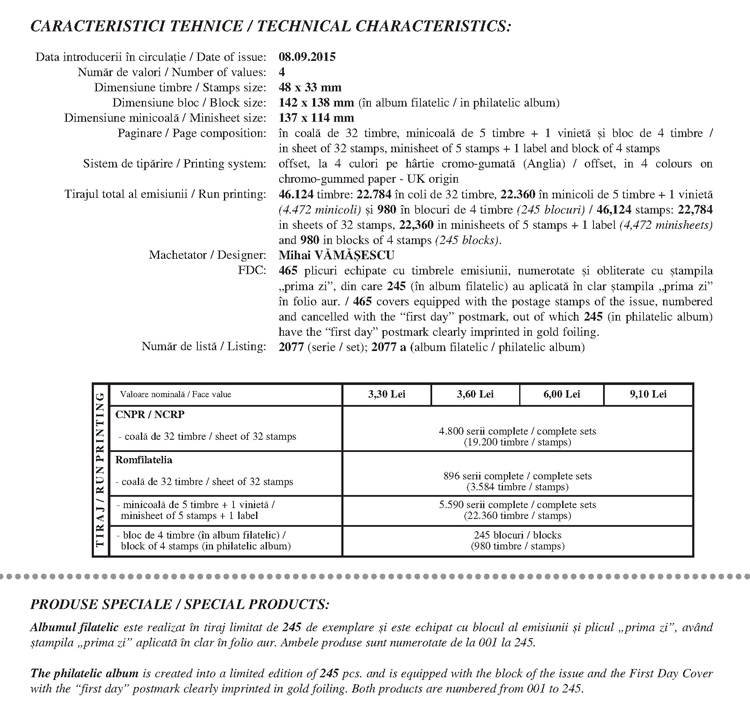