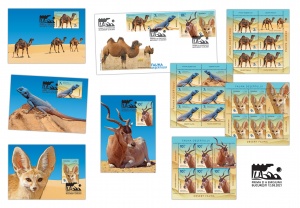 Romfilatelia introduces into circulation, on Thursday, August 12th, 2021, a postage stamps issue with a topic approached for the first time: Desert Fauna.

Deserts occupy about a third of the land area and are characterized by a very low level of precipitation. Not all deserts are found in the hot regions of the planet; there are also cold deserts, as some regions of the Arctic and Antarctic are considered. The largest hot desert in the world is the Sahara (in Africa). In contrast, the Gobi Desert in Asia is generally a cold desert, where temperatures can drop below -20 degrees Celsius in winter. In deserts, aridity creates harsh living conditions for living things, and they have special adaptations to survive.

The four stamps and the First Day Cover illustrate animal species living in the desert areas of Africa and Asia.

On the first stamp of the series, with the face value of  Lei 2.00, is illustrated the dromedary (Camelus dromedarius). This herbivorous mammal has a single hump, in which fat is stored, which serves as a source of energy during periods without food. It lives mainly in the hot and arid areas of North and East Africa, as well as in Asia – in its centre and west and in the Indian subcontinent.

The Sinai agama (Pseudotrapelus sinaitus) is represented on the stamp with the face value of Lei 7.00. It is a small reptile, up to 18 cm, that lives in arid areas of north-eastern Africa and southwest Asia.

The fennec fox (Vulpes zerda) is represented on the stamp with the face value of Lei 9.00. It is a species of fox that lives in the Sahara, the Sinai Peninsula and the Arava and Negev deserts of Israel. It is the smallest species in the canid family (which includes foxes, dogs, wolves, jackals, etc.).

The addax antelope (Addax nasomaculatus) is illustrated on the stamp with the face value of Lei 10.50. It is a species native to the Sahara, very well adapted to the conditions of life in the desert. It can survive for a long time without drinking water, obtaining the necessary water from dew and the plants it feeds on. Once widespread in North Africa, the addax antelope is now a critically endangered species, a large number of specimens being bred in captivity.

The First Day Cover of the issue depicts the Bactrian camel (Camelus bactrianus), also known as the “two-humped camel”, native to the steppe and desert areas of Central Asia. Adapted to the difficult conditions in this region, it withstands water shortages and very large temperature variations. Most of the population consists of domestic animals, with a smaller number of wild specimens in Asia and Australia.

Romfilatelia thanks the Institute of Biology of the Romanian Academy and “Grigore Antipa” National Museum of Natural History for the documentary support offered to the development
of this postage stamps issue.

The postage stamps issue “Desert Fauna” will be available on Thursday, August 12th, 2021, in Romfilatelia’s shops network in Bucharest, Bacau, Brasov, Cluj-Napoca, Iasi and Timisoara and online on https://romfilatelia.ro/store/. 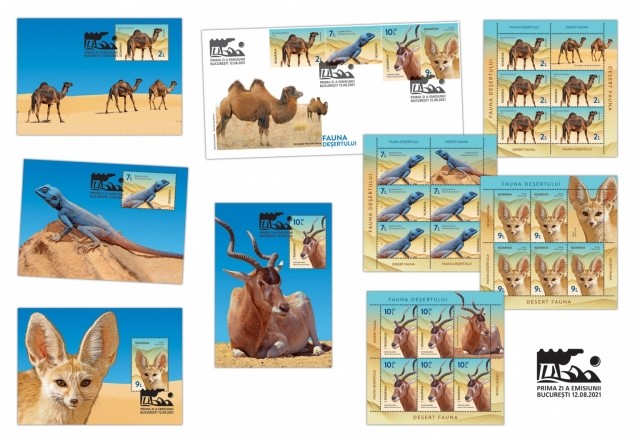 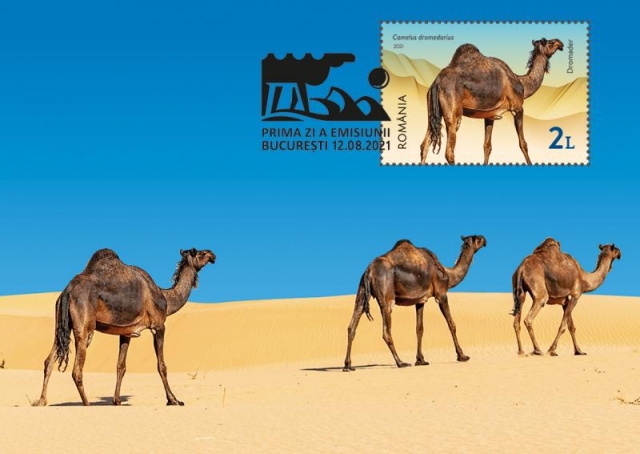 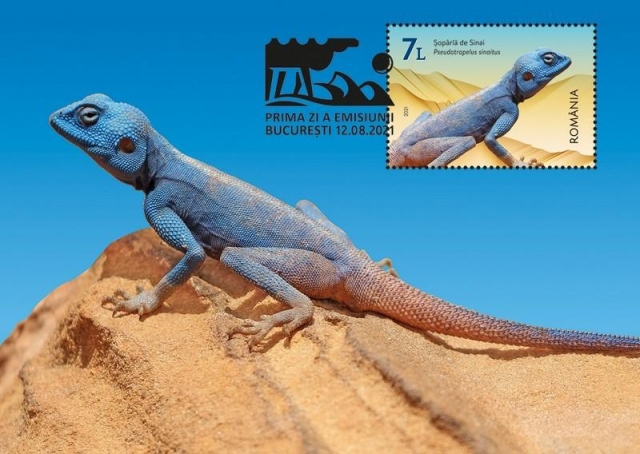 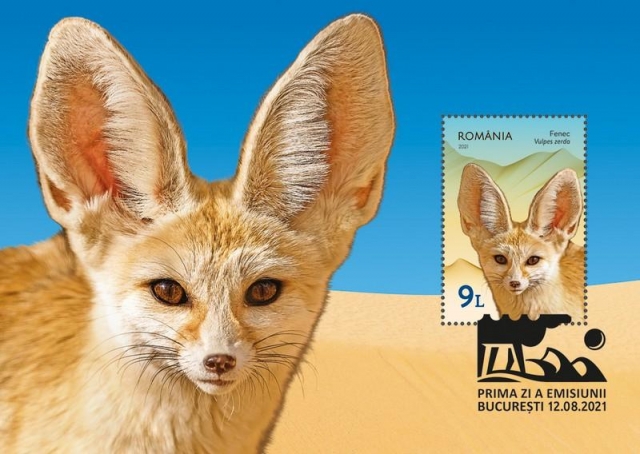 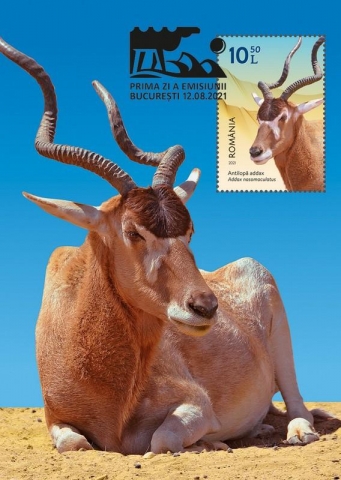 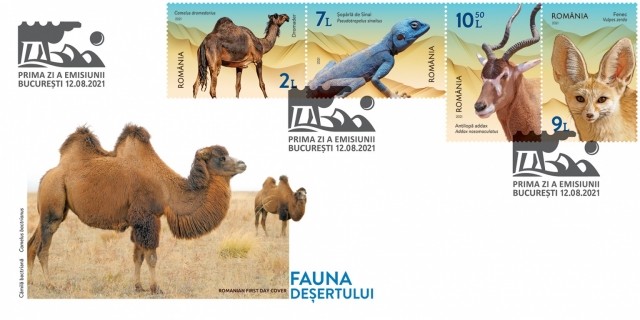 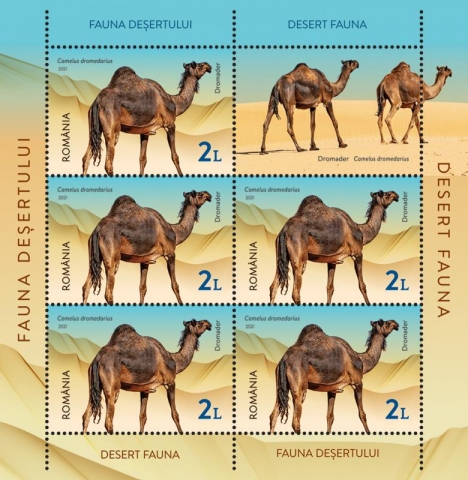 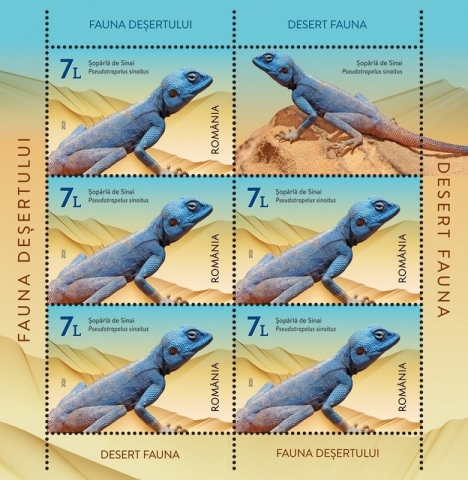 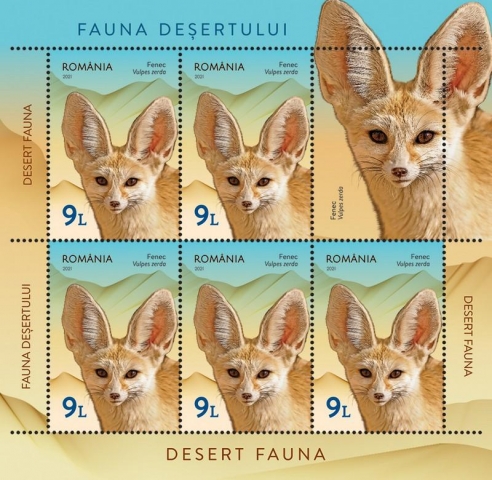 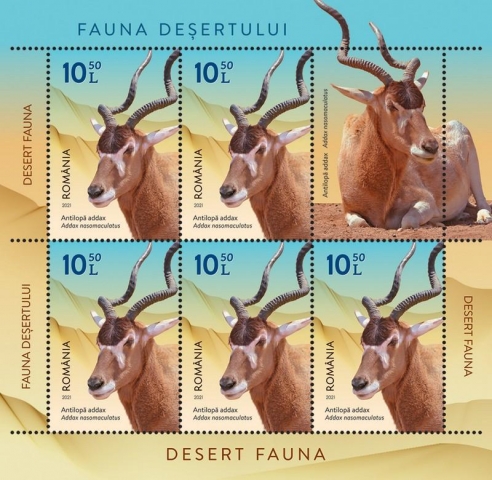 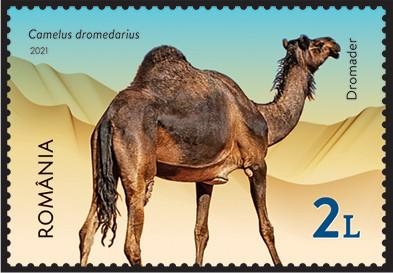 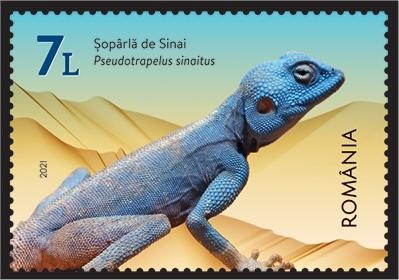 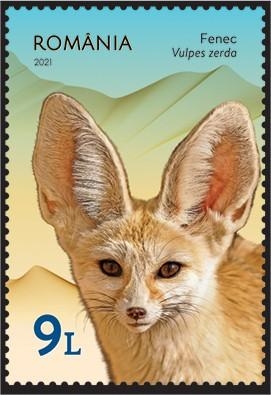 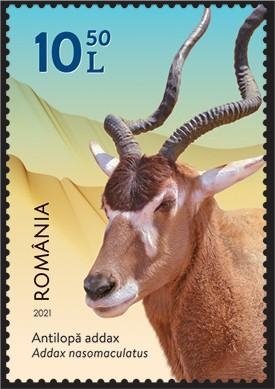