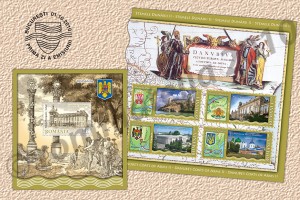 Any river of the world, regardless of continent, represents a symbol. The Yellow River is tightly related to the multi-millennial history of China, the Seine may not be presented or described without speaking of the Parisian elegance, the Rhine flows on a route symbolizing the German strictness and Mississippi reminds you of the old aborigines discovered by Christopher Columbus.

Though being the second river of Europe (after Volga), the Danube is Europe itself or as Napoleon put it: “It is the king of the European rivers”.

Starting with the 18th century, the river became a communication route between the industrialized West and the agrarian area of the South-Eastern Europe strongly stimulating the commercial exchanges.

After signing the Paris Peace Treaty of 1856, it was created the European Commission of the Danube (1856-1938) – an international body establishing the free navigation on the river.

In the second half of the 20th century, the river was deepened and enlarged. Also, by building the Hydro-Energetic System from the Iron Gates and the Danube – Black Sea Canal (64 km) on the Romanian territory, increased the river traffic and the link to the sea was considerably shortened.

Marking two thirds of the border between Croatia and Serbia, the Danube flows through Belgrade and, after a short return towards South-East, it flows eastwards becoming a border between Serbia and Romania.

Alongside this border, Danube flows through a gorge, the longest in Europe (144 km), where the ancient Danubius cut the Carpathians Mountains chain.

Then, there is the Danubian border between Bulgaria and Romania and later on, in its long journey of more than one thousand km on the Romanian territory, it divides into three Branches: Sulina, Sfantu Gheorghe and Chilia, forming the largest Delta in Europe.

The Danube waters the shores of the Republic of Moldova on about 600 meters, and the Ukrainian ones on almost than 80 km.

Today, the Danube, this unique European inheritance, is protected by the International Commission for the Protection of the Danube River, comprised by the representatives of the riparian countries. The existence of this Commission itself is related to the protection and preservation of the richest ecosystem in Europe.

On the postage stamp with the face value of RON 1.40, it is illustrated Ram Fortress (Republic of Serbia).

On the postage stamp with the face value of RON 2.40, it is illustrated Drama Theatre – Ruse (Republic of Bulgaria).

On the postage stamp with the face value of RON 3.10, it is illustrated Cahul State University “Bogdan Petriceicu Hasdeu” (Republic of Moldova).

On the postage stamp with the face value of RON 4.30, it is illustrated “Assumption of the Virgin” Church – Izmail (Ukraine).

On the postage stamp of the souvenir sheet of the issue, with the face value of 14.50 Lei, it is illustrated the Navigation Palace (arch. Petre Antonescu) – Galati (Romania).

Romfilatelia warmly thanks the Embassies in Bucharest of the Republic of Serbia, Republic of Bulgaria, Republic of Moldova and Ukraine for their support in the accomplishment of this postage stamps issue.

We also thank Mrs. Mariana Slapac, President of the National Commission of Heraldics of the Republic of Moldova, the General Consulate of Romania in Odessa (Mrs. Cerasela Nicolas) and the County Department for Culture and National Patrimony of Galati (Mr. Eugen Stamate). 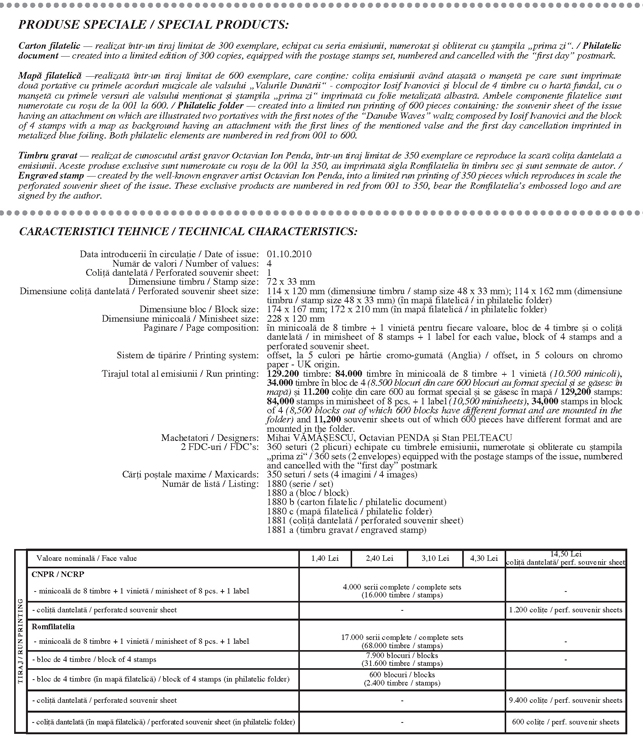