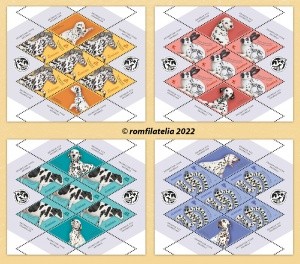 The issue is completed with a set of four maxicards, for the passionates of maximaphily.

The Dalmatian (Canis familiaris), illustrated on the First Day Cover oh the issue, is a breed of dog that stands out with its unique, well-differentiated, black or brown spots on a white background. The origin of the breed is still shrouded in mystery, and the name most likely comes from the name of the Dalmatian region of Croatia, where the breed has been reported since the 18th century. The development and completion of the Dalmatian as a dog breed took place in England, where in 1955 the International Kennel Club published the first standard of the breed, classifying the Dalmatian as a hunting dog.

The Dalmatian is a large, strong dog with well-developed muscles, symmetrical lines, noble appearance and elegant movements. The head is of medium size, rather long, prismatic, with a flat skull, wider between the ears which are downwards. The nose is strong, straight, with a large nose and wide nostrils. The nose is completely pigmented, black or brown, according to the color of the spots. The eyes are oval, medium-sized, brown or blue, depending on the color of the spots. The Dalmatian’s bite is scissor-like. The tail is long, conical in shape, with the tip slightly curved upwards, downwards. The short, smooth, fine and thick hair is pure white with round spots (black or brown), not overlapping, evenly distributed on the surface of the body.

It is an intelligent, active, fast, disciplined, energetic, friendly, sometimes stubborn dog. He is devoted and friendly with his master, tolerant and loving with children. At the same time, he is a good watchdog, being cautious and vigilant with the strangers. He gets along well with other dogs and other animals in the household, with an innate affinity for horses.

Appaloosa horse breed (Equus caballus) is a North American horse breed that is very popular in the United States, known mainly for its many extravagant, spotted color varieties covering various regions of the body. It is a strong, agile and versatile breed, which today is mainly used in equestrian competitions, excelling in many British and western riding disciplines. In the past, Appaloosa horses were used as working or riding animals for hunting, warfare, farm work, or parades.

The creation of the Appaloosa breed is closely related to the Nez Perce Amerindians, known as great breeders and trainers of horses, whose history is intertwined with the history of horses in North America and who laid the foundations for the creation of this breed. The name of the breed also comes from the Native Americans, by merging some words that refer to „spotted horses in the Palouse River region”. In 1938, the first equestrian club dedicated to the Appaloosa breed was established, thus officially beginning the formation and development of the breed as we know it today.

The pattern, shape and size of the spots can vary greatly and can change over the life of the animal. The eyes can be any color (black, blue, green, brown, yellow, etc.). In some cases, the sclera is white, unilateral or bilateral, and some specimens may have darker or lighter streaks on the hooves.

“English Spot” rabbit breed (Oryctolagus cuniculus) is a breed developed in nineteenth-century England using selective breeding techniques. It is a medium-size breed, with adults weighing between 2.2 and 3.6 kg. It is distinguished by the short and thick fur, white in color, with colored markings on the body (black, yellow, brown or different shades of gray), symmetrical, well determined and without overlaps. The nose has a butterfly pattern (similar to the German and French butterfly breeds), the eyes are surrounded by a uniform, colored band, and each cheek has a round spot, standing out from other markings on the head. The ears are upwards and are evenly colored. From the base to the tip of the tail, the back is crossed by a continuous, uniformly colored band known as herringbone. On the sides of the body it has a serpentine row, with round spots, which starts from the nape of the neck to the stomach and ends in the region of the hips, near the spine, without overlapping with the line on the back. The number and size of spots gradually increase from head to tail. They may also have spots on the abdomen, elbows and heels.

English Spot rabbits have an energetic temperament, are curious, friendly and sociable, and can be raised as pets even by the elderly or families with small children.

Given that they are very active, they have a constant high appetite. They are not fussy about food and do not require special care, being an easy breed to grow, both indoors and outdoors. Their food consists of: roots, bark, seeds, grass, straw, flowers, leaves, vegetables, seeds and fruits.

English Spot rabbits can breed throughout the year, starting at the age of 5-8 weeks and can have up to four series of kittens per year (3-5/series) and the gestation lasts about 38 days.

Holstein breed cows (Bos taurus) is probably the most recognizable of all domestic cow breeds, due to its specific color, the cattle of this breed being spotted white with black or spotted white with red. Native to Western Europe (the Netherlands and northern Germany) and perfected in the 19th century in the U.S.A. and Canada, the Holstein breed is currently the most widespread of all cow breeds, due to its high milk production and its suitability for all types of rearing systems.

On farms, females are raised to produce calves and milk, and males are fattened and slaughtered. Heifers can reproduce from the age of 15-21 months, after exceeding the weight of 350-360kg. The gestation lasts about 9 months, and the period in which the female produces milk is about 305 days.

They are medium-sized snakes, relatively thin and reach an average length of 0.90-1.06 m. They adapt well in captivity, where they show a calm temperament. In captivity they reproduce easily and can live for 10 to 15 years, which allows the selection of a wide variety of color shapes and patterns. Its natural range covers the entire state of California and parts of Oregon, southern Nevada and Utah, and most of Arizona.

It can be found in a variety of habitats, from swamps and meadows to deserts, farms, forests, coastal areas and even suburbs. They can hide under man-made structures, among debris and under leaves. In the wild, the Californian kingsnake eats mice, lizards, small birds, even other snakes, and in captivity, rodents make up the best diet. They are not picky about food, so many can live their whole lives eating only mice.

The California Kingsnake is a species resistant to captive conditions. Apart from some common health problems (respiratory infections or infectious diseases and parasites), it has no special requirements. 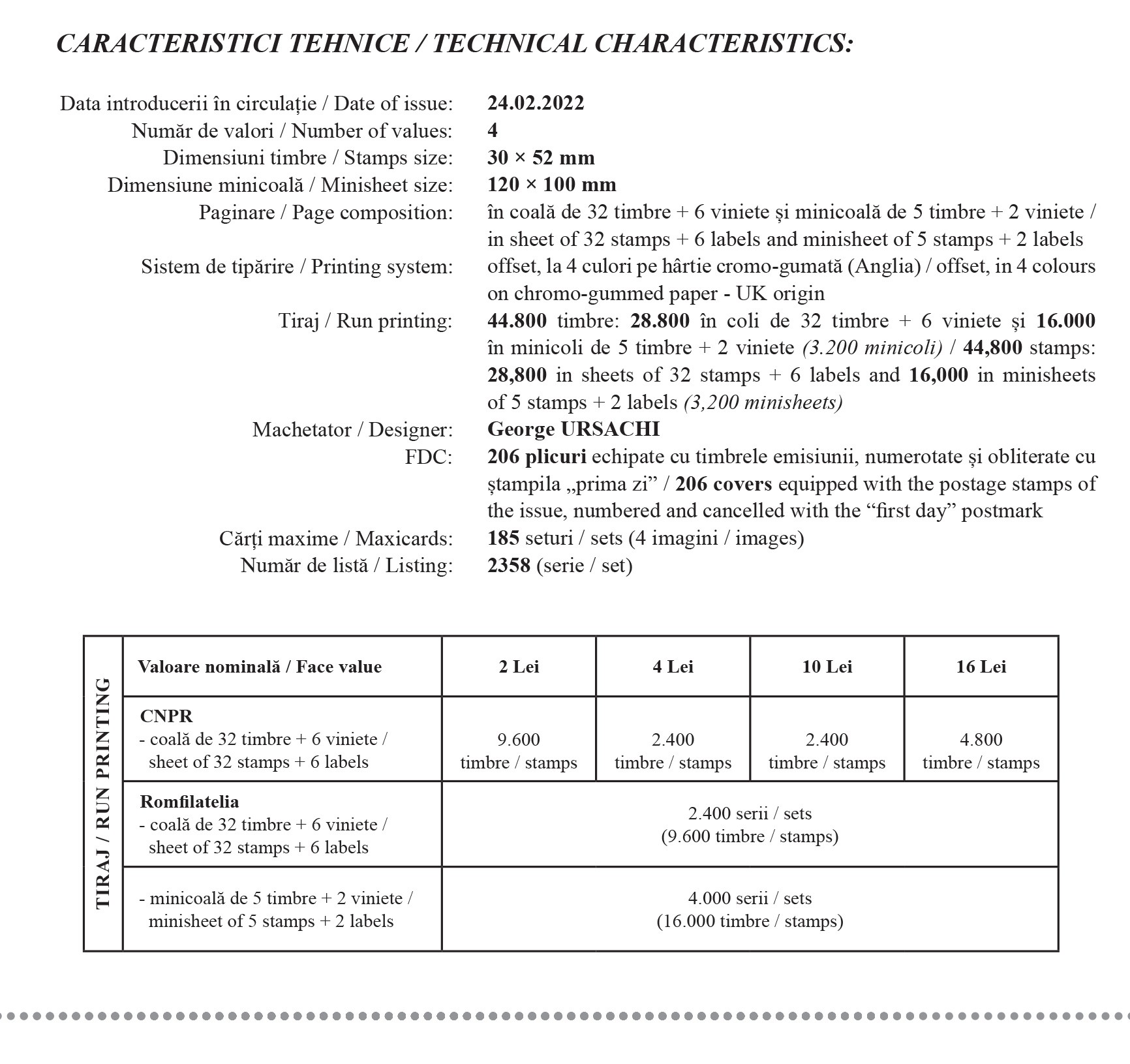