The new issue will be available on Friday, April 20th, 2018, in Romfilatelia’ own shops network in Bucharest, Bacau, Brașov, Cluj-Napoca, Iași and Timișoara and online on https://romfilatelia.ro/store/.

“George Enescu” Philharmonic was founded in April 1868, at the initiative of the conductor and composer Eduard Wachmann, one of the most appreciated artists of the time, with a 35-years activity in the field of classical Romanian music. The first concert took place on December 15, 1868, conducted by his founder. Over time, Wachmann and the Philharmonic succeeded in developing the musical culture of the Romanian elites and popularizing classical music masterpieces.

The International Festival “George Enescu” is the most prestigious musical event hosted by Romania. The first edition took place in September 1958, three years after the death of George Enescu. The inaugural event was attended by great names of the classical world music, such as the violinists Yehudi Menuhin and David Oistrakh, or the conductors Sir John Barbirolli and Carlo Felice Cillario. In the ’70s, the international amplitude of the festival diminished, but with the 1991 edition, great names of classical world music reappeared in the repertoire.

On the labels of the issue are reproduced: one of the posters the first edition of the “George Enescu” Festival and the portraits of Constantin Silvestri (1913-1969), one of the most important conductors of the 20th century, and Constantin Esarcu (1836-1898), founder of the Literary Society “Romanian Athenaeum”. The minisheet of the issue illustrated the fresco from the concert hall of the Romanian Athenaeum.

The postage stamp issue is completed by a First Day Cover, as page composition there were used a sheet of 32 stamps and a minisheet of 5 stamps + 1 label + 2 margins.

Romfilatelia would like to thank “George Enescu” Philharmonic Bucharest, the Romanian Academy Library and the National Museum “George Enescu” for their support granted for the achievement of this postage stamps issue, alongside the photographers Lucian Tudose and Ioana Chirita. 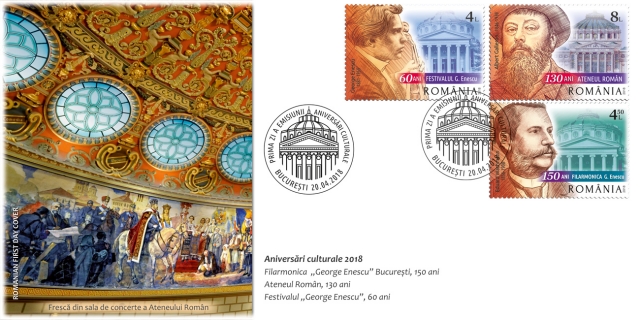 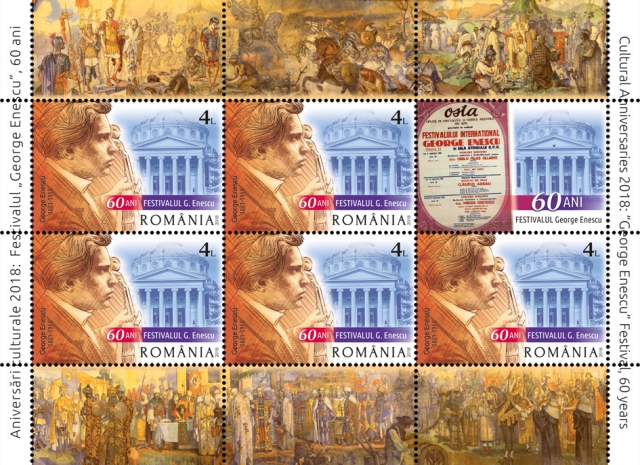 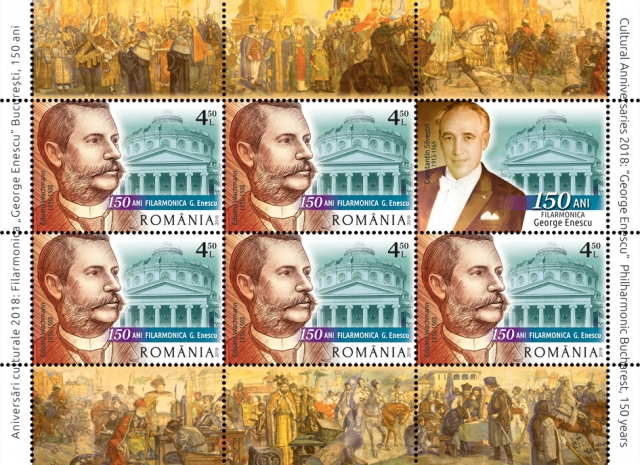 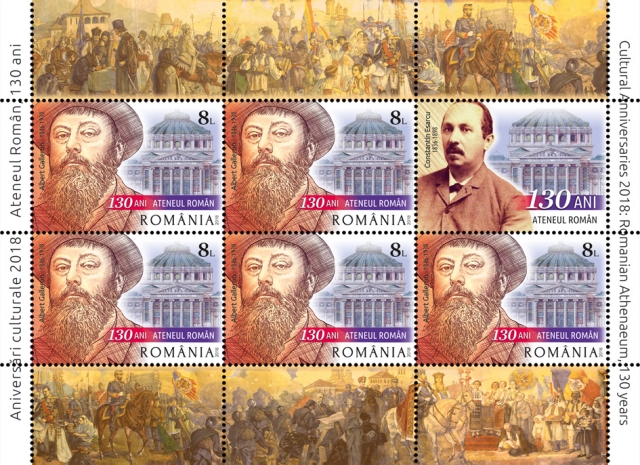 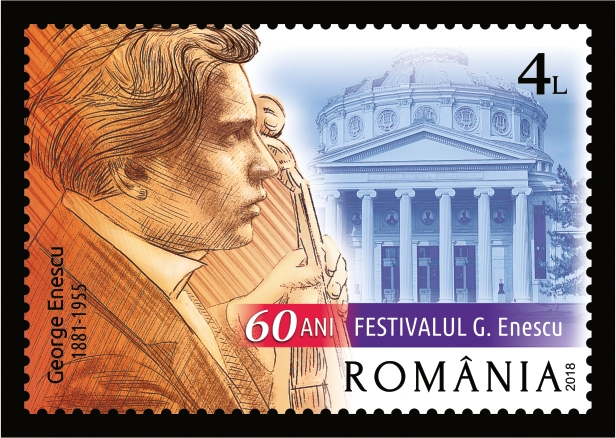 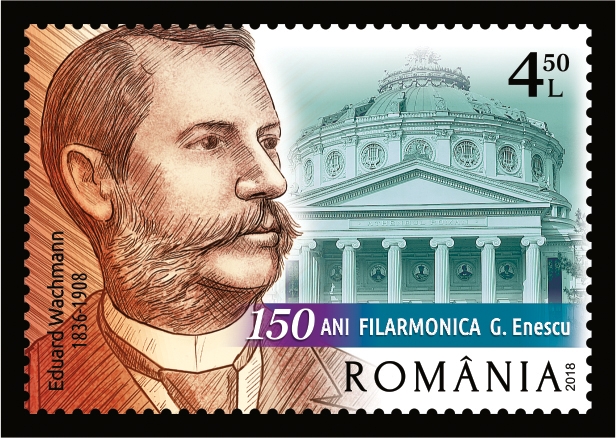 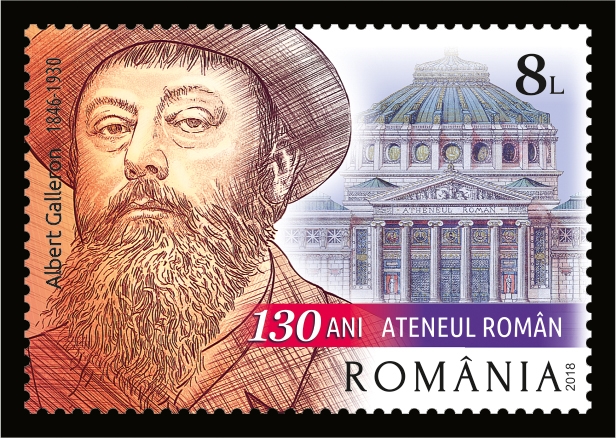