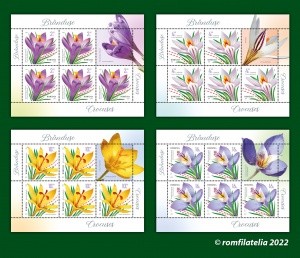 18 years ago, on the first day of March and Mărțișor (March Amulet), Romfilatelia was established, as the only authorized institution of the Romanian state, vested to make and put into circulation all Romanian postage stamps. It was the year 2004 when, in Bucharest, the 23rd Congress of the Universal Postal Union took place, which has Romania as one of its founding members. It hit the road with a new, trainee team, with the clear determination to establish its credentials as an entity that would change habits, concepts and approaches, succeeding that in the very year of its establishment, 2004, to achieve, after almost four decades, the second and the third joint issue with Belgium and the People’s Republic of China, respectively, stepping decently into the world of international philately (the first joint issue, in 1965, was about the Romanian-Yugoslav collaboration for the construction of the Iron Gates hydro-power complex). Continuing the series of joint issues, Romfilatelia summed-up in its portfolio the collaboration with 31 countries, to which were added the UN Postal Administration and the Sovereign Military Order of Malta.

In its projects, Romfilatelia began to include original themes dedicated to the Romanian human treasure (elite athletes of Romania, honoured during their lives, personalities of culture, invention, history, spirituality), exceptional contemporary historical events such as: Romania’s accession to NATO, Romania’s accession to the EU. The themes related to flora, fauna, historical monuments, etc. were maintained in a new presentation formula. A major theme related to our modern history included the personalities of the Royal Dynasty of Romania, a theme taken out from philately since 1948.

A series of Romanian philatelic awards followed, having the exceptional debut and great refinement on the occasion of the World Philatelic Exhibition organized in Bucharest, EFIRO 2008. To these were added the collectibles displayed in the philatelic albums, the replicas of the postage stamps made of silver and gilded silver, the apogee being reached in 2018 when the passionate collectors had at their disposal the 22 karat gold replica of the first “Bull’s Head” stamp with a face value of 27 parale.

The Romfilatelia program included philatelic folders and postage stamps albums, as original products for the first time designed and made according to its own artistic and technological concept, which began to be found in the requirements of some prestigious institutions of the country: Presidential Administration, Romanian Parliament, Ministry of Communications, Ministry of Foreign Affairs, Ministry of National Defence, Ministry of Culture, Ministry of Environment and other institutions of the Romanian Government, National Bank of Romania, Royal House of Romania, important higher educational establishments, central and local administration. These products have been established as products of high protocol and as an emblematic reflection of Romania, traveling round the world.

Becoming a true institution for the promotion of culture and the symbol of the country, Romfilatelia has entered into an official, fully deserved partnership with the Romanian Academy, benefiting from the direct help of the highest cultural forum for completing joint projects and actions in which the Romanian postage brand has registered as the main vector.

Prestigious magazines of the international philatelic field and juries of some exhibitions in the field organized by the World Association for the Development of Philately, within the Universal Postal Union, UN body, have awarded Romfilatelia numerous prizes, to which are added diplomas and distinctions that highlight the role as a promoter of the most important fields of the country’s culture and history.

For the exemplary and original manner of creating postage stamps dedicated to the Centenary of the Great Union, the Romanian Presidency included Romfilatelia on the list of prestigious institutions of the country, highlighted for the special activities carried out for this contemporary historical event.

It should be noted that since its establishment, Romfilatelia has been involved, along with ministries, non-governmental organizations, agencies and institutions in the field in campaigns dedicated to helping people in distress, environmental protection, drug prohibition, promotion of programs of national and international interest initiated by UNICEF and the Red Cross.

We wish to assure all those who appreciated our work, whether they are collectors, lovers of culture, art and history, the beneficiaries of our products registered almost entirely as unique, that we will preserve and capitalize on the status, already recognized, as Romanian cultural institution of reference.

On this day of First of March (Mărțișor), together with the message of the symbol of love and devotion transmitted by the crocuses present on the stamps of the issue introduced into circulation, we would like to write the wish: 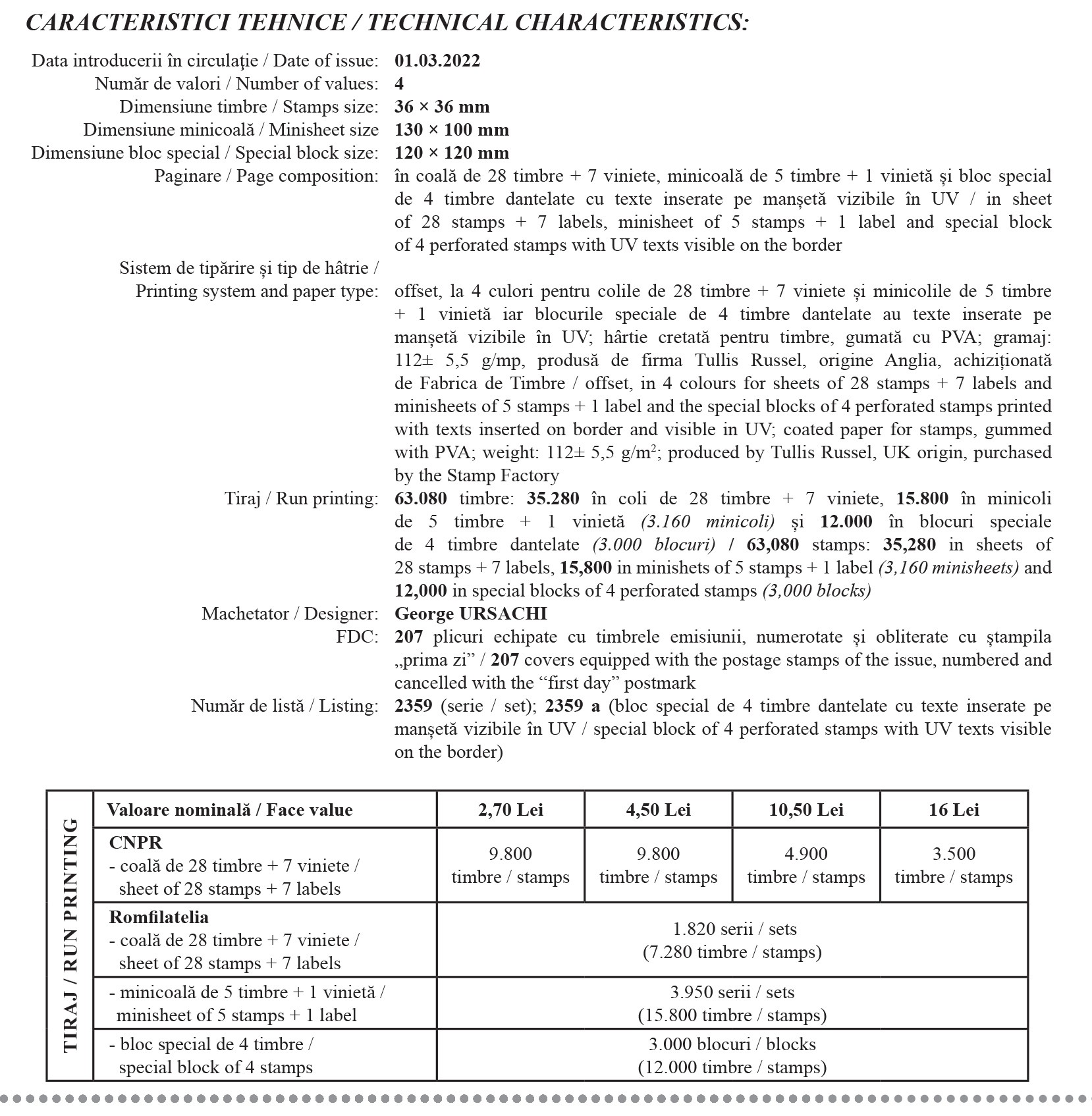