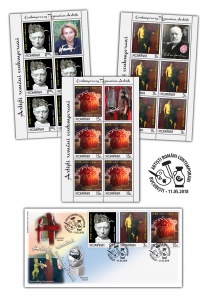 Romfilatelia introduces into circulation the postage stamp issue Contemporary Romanian artists, bringing to the attention of collectors and beauty lovers, three of the most important art creators at the moment – Daniela Fainis, Mihai Vladimir Zamfirescu and Ioan Nemtoi.

The new issue will be available on Friday, May 11th, 2018, in Romfilatelia’ own shops network in Bucharest, Bacau, Brașov, Cluj-Napoca, Iași and Timișoara and online on https://romfilatelia.ro/store/.

Daniela Fainis (n. 1961) graduate the National Art University of Bucharest, Faculty of Decorative Arts, specialization Ceramics. With a remarkable artistic activity in the field of contemporary ceramics, the artist’s creation brings together sculpture, painting, graphics and upholstery, in particularly complex ceramic objects and installations. Daniela Fainis has received many awards and distinctions, among which: “Flacara” Award for Fine Arts (2010, Bucharest), Order of Cultural Merit in the rank of Commander, awarded by the President of Romania (2004), Honourable Mention (2002, 1998 and 1992, Japan), The Grand Prize of the International Biennial Fire Arts (1998, Bucharest), 1st Prize at the International Biennial Artistic Ceramics (1997, Aveiro, Portugal), Targa d’Oro at Concorso Internazionale Della Ceramica D’arte Gualdo Tadino (1989 and 1990, Perugia, Italy).

Vladimir Mihai Zamfirescu (n. 1936), a distinguished personality of the Romanian and European painting, graduated from the National Art University of Bucharest in 1966, as valedictorian, in the class of the artist Corneliu Baba. Among the awards, distinctions and grants received during his artistic career, we mention the International Triennial Prize (1971, Sofia), the Swedish Royal Academy Grant (1980), the Italian Academy Grant for Painting (1982), the Raffael Medal of the Caravaggio Academy (1982, Rome), the National Order for the Faithful Service in the rank of Knight, granted by the President of Romania (2003), Doctor Honoris Causa of the Art University of Cluj-Napoca, Professor Emeritus of the Art University in Bucharest, the Romania Cultural Radio Prize for the entire activity (2009), as well as the “Omnia Opera” Award, granted by the City Hall of Ploiesti (2018).

Graduate of the National Art University of Bucharest, specialization Ceramics, Glass, Metal, Ioan Nemtoi (born in 1964) is one of the best-known artists of the moment, recognized worldwide.  His works are appreciated, both for their fantasy and for the impeccable technique of accomplishment. Converted to tensions and balances, to narrative and symbol, Ioan Nemtoi’s art reveals a pensive, tense artist, passionate about the dynamics of forms, colors and the material that makes them.

The postage stamp issue is completed by a First Day Cover, as page composition there were used a sheet of 20 stamps and a minisheet of 5 stamps + 1 label. 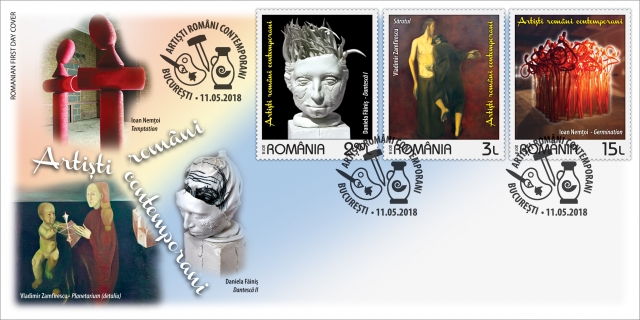 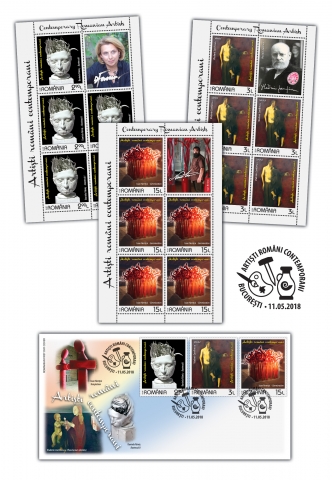 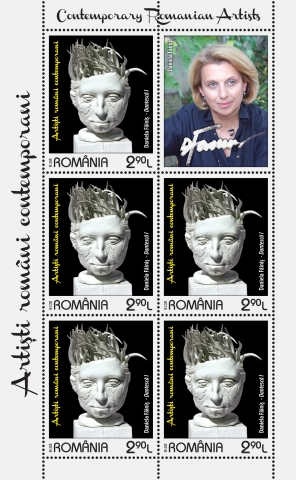 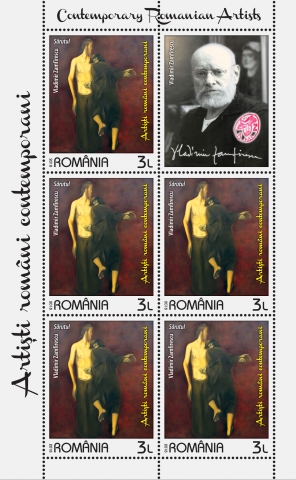 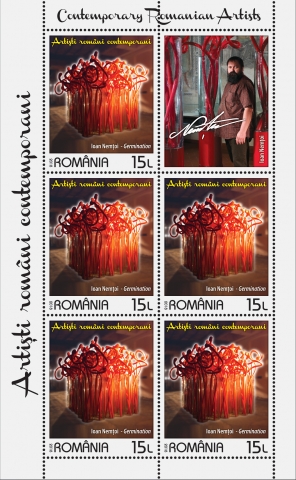 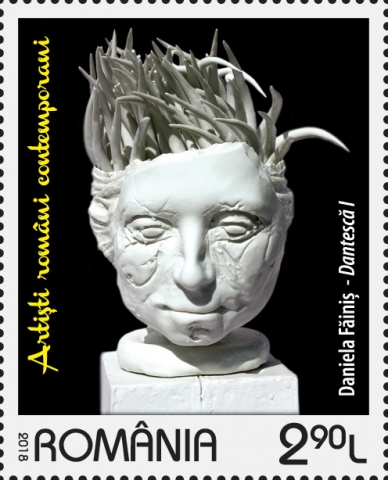 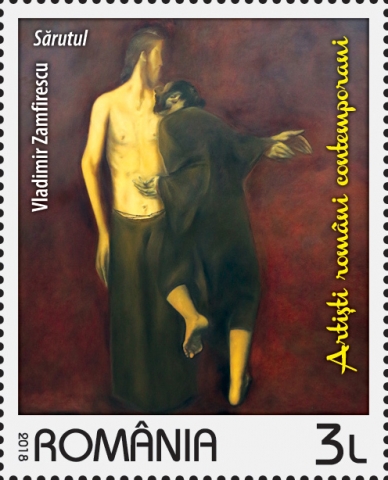 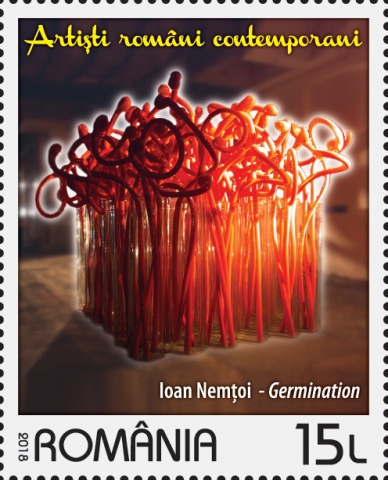