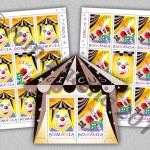 In Ancient Rome, the word “circus” meaning a circle or ring, defined the spaces having this shape where manifestations specific to that time took place: soldiers competing to demonstrate their qualities as great fighters, animal taming etc.

After the fall of the Roman Empire, circus continued its existence in Europe due to the organized groups of actors who were present with their performances, especially in the town fairs. In the Middle Ages, in Saxony, people saw these nomads also as an important source that could supply information about what was happening in the world, since strolling artists sang, told stories and most of the times brought news about other towns. After the Normans invasion, the juggler emerged in the world of the Saxon circus decreasing initially the popularity of minstrels. Subsequently, the circus actors learned to combine the representation styles and to share their dexterity tricks.

The history of the Romanian circus started in 1874 in Bucharest when the first autochthonous circus Sidoli Circus was set up, in the location of the present Gambrinus Beerhouse founded by I. L. Caragiale.

Being in a continuous transformation and modernization, the art of the Romanian circus knew a new and visible transformation starting with 1954. With the acquisition of Krateyl Circus by the state, they laid the foundations of the State Circus, and its premises in Bucharest, built in 1961, was one of the biggest in Europe at that time, hosting grand performances.

The period between 1960 and 1970 was beneficial for the development of the acrobatic art, juggling and, implicitly, the circus show. The Romanian jugglers were highly appreciated by the audience on the stages of many countries performing as skilled acrobats, tightrope walkers, and illusionists.

The stamps of the Circus postage stamps issue, that Romfilatelia is introducing into circulation, reproduce the images illustrating the atmosphere specific to circus performances meant to entertain the audience. 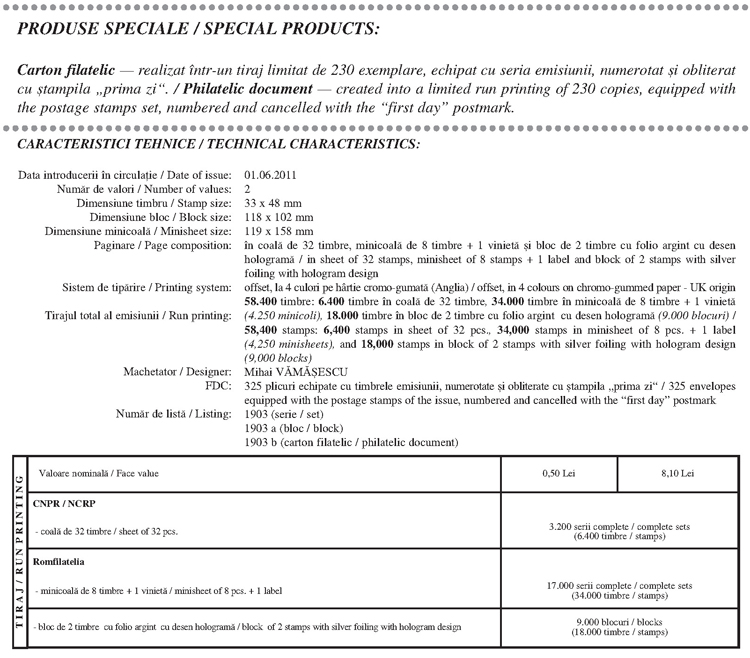