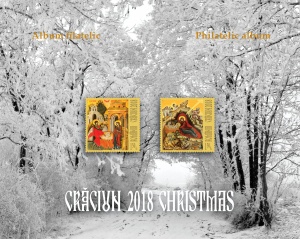 The postage stamp issue is completed by the philatelic album, created into a limited edition of 367 pieces and equipped with the special block of the issue (containing two perforated stamps), with graphic elements in gold foiling and illustrated border, as well as the First Day Cover with “first day” postmark clearly imprinted, with gold foiling, alongside the special mini-album, with silver stamp, who reunites in a original presentation the collectible philatelic block (containing two imperforated stamps) created in a limited run printing of 318 pieces and numbered, the replica molded in silver of the postage stamp depicting the icon Our Lord’s Birth and a Certificate of Authenticity issued by the State Mint.

The Chapel of the Great Holy Martyr George, belonging to the Patriarchal Residence and considered as the jewel of the Patriarchate assembly, is a marvelous architectonic monument dating back to the first half of the 18th century, during the reign of Nicolae Mavrocordat, and it was restored in 2011.

The new issue will be available on Friday, November 9th 2018, in Romfilatelia’ own shops network in Bucharest, Bacau, Brașov, Cluj-Napoca, Iași and Timișoara and online on https://romfilatelia.ro/store/. The postage stamp issue is completed by the First Day Cover equipped with the postage stamps of the issue, numbered and cancelled with the “first day” postmark . As page composition there were used a sheet of 28 stamps, minisheet of 8 stamps + 1 label (4 sets) x 2 models, block of 2 perforated stamps and block of 2 imperforated stamps. 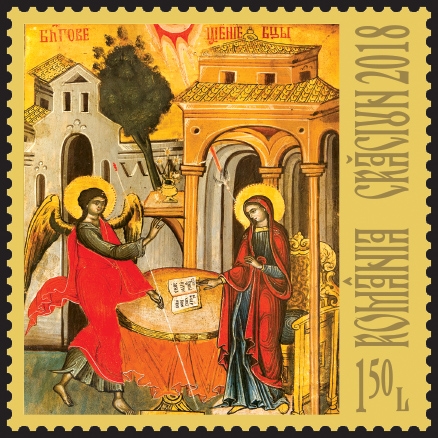 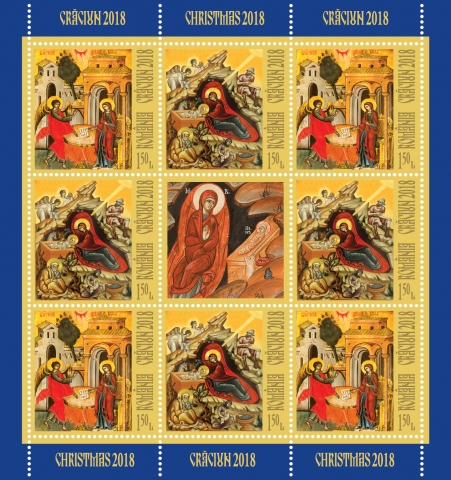 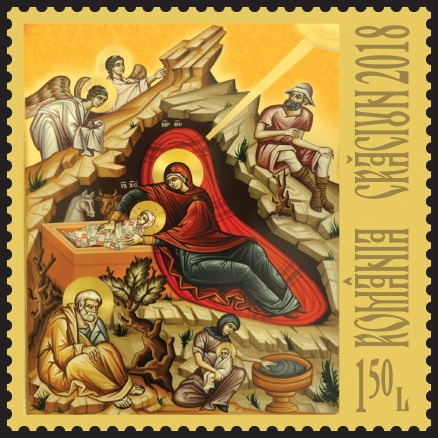 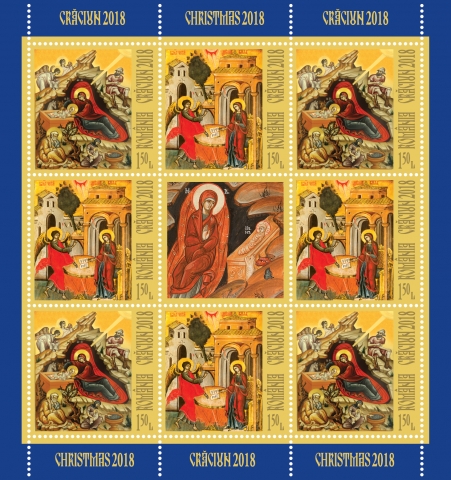 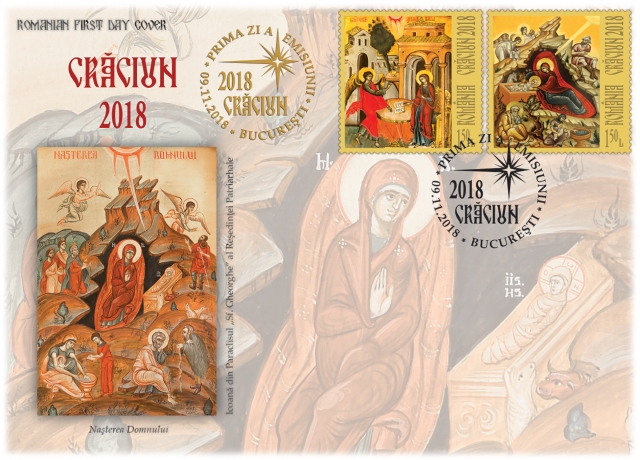 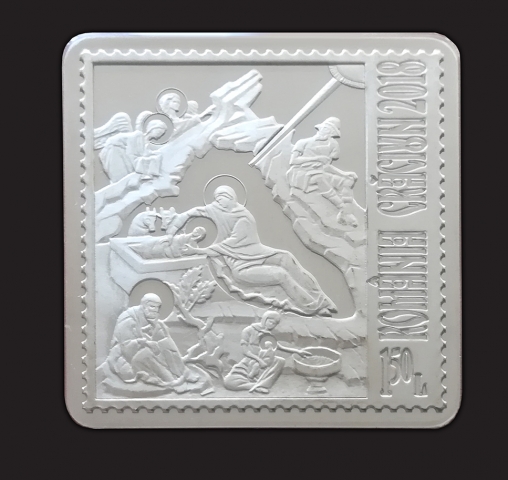 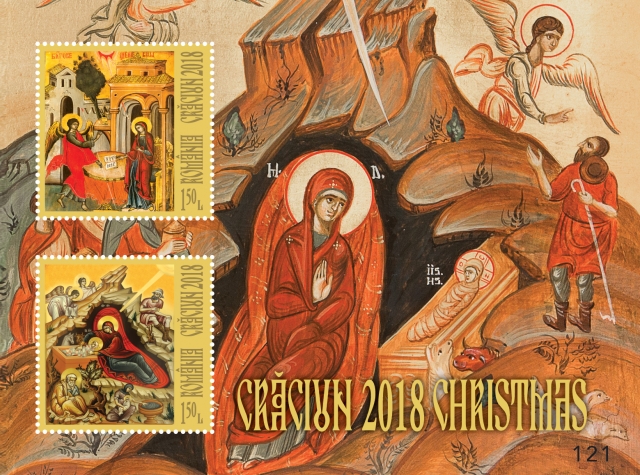 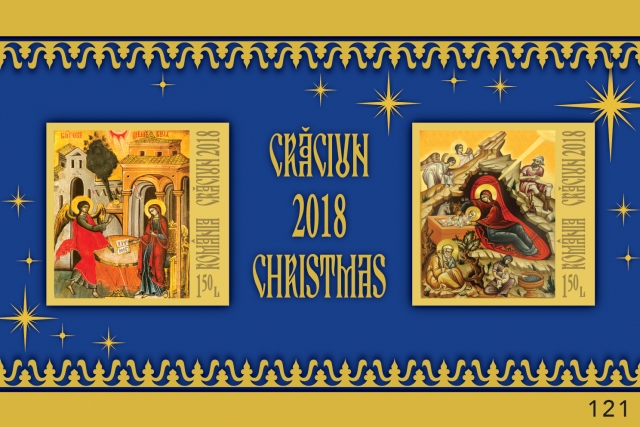 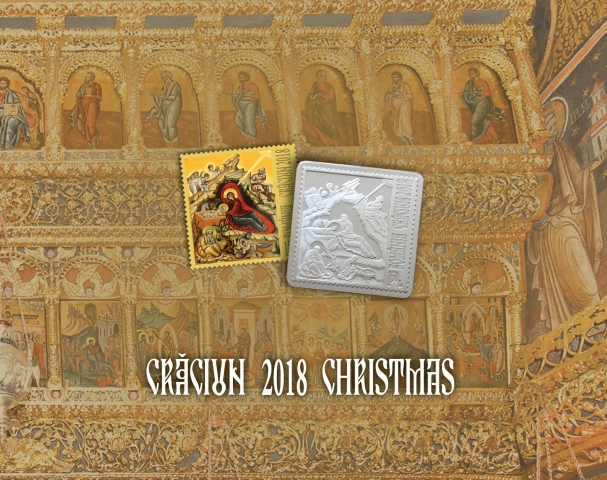 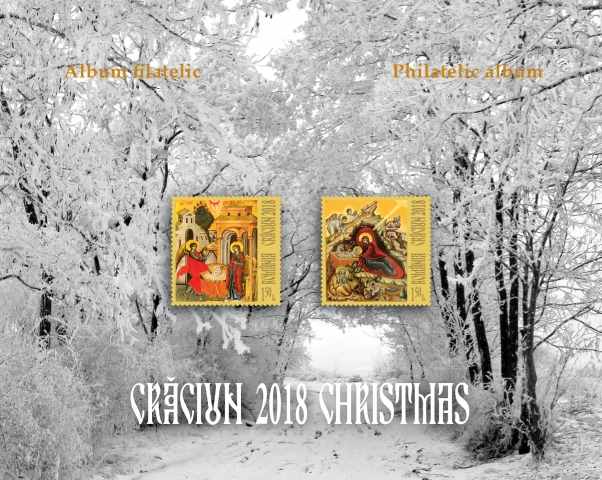